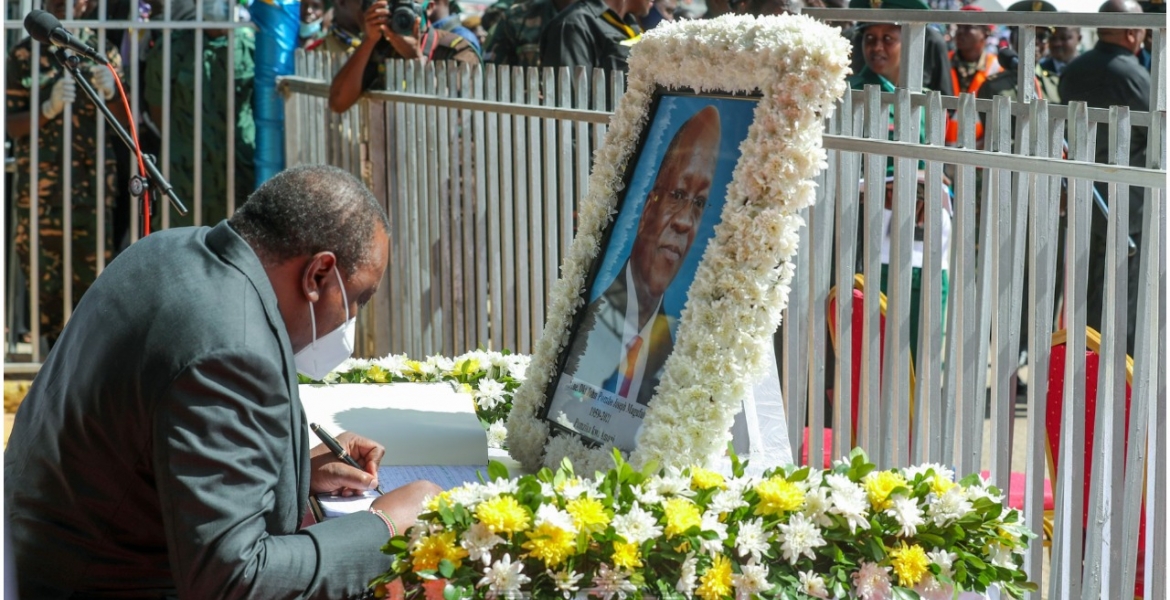 President Kenyatta has earned praise after he temporarily paused his speech during the State funeral service of the late Tanzania President Pombe Magufuli to honor Muslim prayer customs.

Uhuru was addressing guests and mourners at Jamhuri Stadium in Dodoma on Monday when Adhan was called in a nearby mosque.

He stopped his speech for two minutes until the Adhan, an Islamic call to prayer recited by a muezzin at prescribed times of the day, was over.

When he resumed his speech, Kenyatta received a standing ovation from the crowd for the move that puzzled many.

@Asmali77 tweeted: “Respect to my president Uhuru Kenyatta. Pausing his speech to let the Islamic call to prayers to finish. That’s beautiful to see. The adhan is powerful. Hats off sir.”

@baraza_lawrence wrote: “So President Uhuru Kenyatta paused his speech at the late Magufuli's farewell ceremony when he heard prayers from a nearby mosque in Dodoma...Very respectful of our President.”

Magufuli, 61, died of Chronic Atrial Fibrillation at Mzena State Hospital in Dar es Salaam on March 18th and will be laid to rest on March 26th at his rural home in Chato District.

Im not sure which one is better! You @menye trapping motorists using long electric poles across the road (mostly women) along Nairobi/Nakuru road to snatch their purses, or others draining public coffers!

Let not a black kettle call another one black! You are a known thief of bigger magnitude scouting the route from Gikomba - Naivasha - Kinangop - through Kinangop! I don’t know how you have survived being netted unless you steal/kill in collaboration with the cops! You will be caught soon!

Mohammed is dead. Rapture will not stop for such prayer call. Muslims must learn to carry watches.