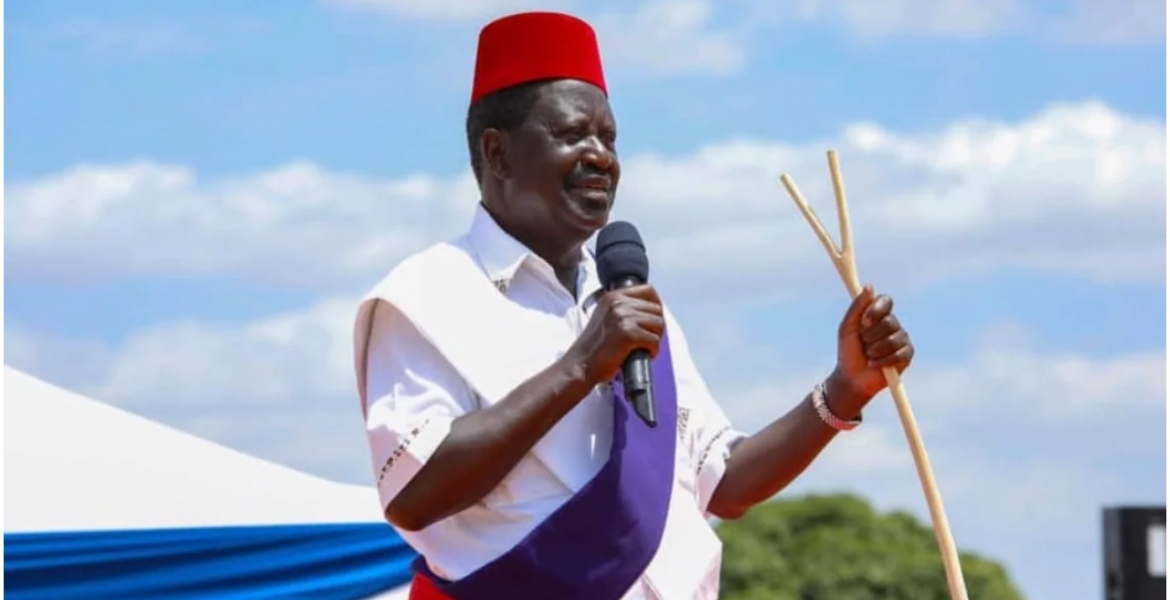 The three, Evance Oloo, Micheal Kojo, and Walter Opiyo, filed the case before Justice George Ongondo of the Environment and Lands Court in Migori.

They claim that the tree locally known as “Bongu” was destroyed on March 25th, 2017 after a pick-up truck belonging to Coca-Cola crashed into it while reversing.

The incident was reported at Homa Bay Police station under OB number 16/25/3/2017 by those who frequently watered the tree.

The petitioners want the court to compel Coca-Cola to facilitate Odinga’s travel to Homa Bay to plant a similar tree at the same spot.

Justice Ongondo set June 21st, 2020 as the hearing date for the case in which Coca-Cola Company Limited, Kisii Bottlers, and Almasi Beverages are listed as respondents.

Reports indicate Coca-Cola tried to replace the tree with another but residents rejected the move.

Raila planted the tree at Posta Grounds during a tour of Homa Bay County on August 2nd, 2014. His supporters believed the tree signified the end of political and economic doldrums in the region.

Among the Kikuyu community, the fig tree is known as “Mugumo” and is considered sacred. The tree used to serve as an altar for burnt sacrifices.

Is the tree sacred because it was planted by Raila or is it sacred because it is a sacred tree? If the tree is sacred at all times regardless, what is wrong with the Coca-Cola replacing the tree just like they tried to before they were chased away by residents? What if Raila had already died? Would it be okay to replace the tree without him? Why is anything Raila always akin to crisis and violence and fitna?

The other day I read somewhere that Kenyans aren't the happiest lot. Just read your own comment again and tell me whether your tirade against Raila is called for.

@Kenyanese, I can totally understand why you're unhappy with this situation. For any normal thinking person, the tree is not sacred because it was planted by Raila and therefore anyone can replace the tree without Raila. But when Coca-Cola tried to do just that, they were chased away by the residents. Its this form of violence that is the true legacy of Raila. Grown men are going to waste courts valuable time because the name Raila is mentioned with this tree. But don't let your heart be troubled, we shall stamp out this reckless violence out of our country soon.

Savage Raila’s next meal will be Oloo,Kojo and Opiyo.The monster controls his worshipers/“properties” small brains.How can a normal person sue or waste his time on such petty matter?