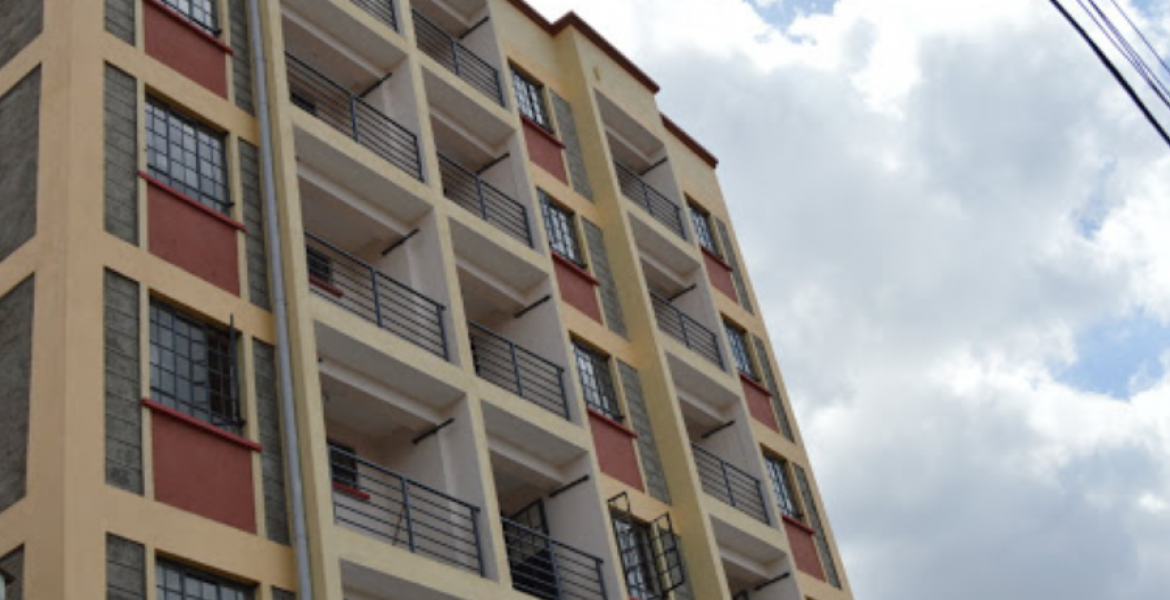 A Kenyan man has painfully narrated how he has lost over Sh10 million in rent income after his residential apartment remained unoccupied for four years now.

85-year-old David Ndolo says he built the multi-million-shilling property in Kitengela, Kajiado County through his pension savings. Its construction was completed in 2014.

The building consists of five bedsitters and 19 two-bedroom houses, which should earn him a total of Sh250,000 per month.

Ndolo says everything was going well until his tenants began vacating one after the other due to sewer water suspected to have been leaking from an adjacent building allegedly owned by a retired government official.

The sewer water started seeping into his apartments from the adjacent building which has at least 200 tenants.

He reported the matter to the National Environmental Management Authority (Nema) and public health officials but the authorities closed his apartments instead.

“I have watched helplessly as my retirement investment crumbles,” Ndolo lamented.

During the four-year period the building has remained unoccupied, Ndolo says he has lost more than Sh10 million in rental income.

Nema officials ordered the closure of the apartments claiming that they were a health hazard, according to Ndolo’s daughter Roselyn Ndolo.

Contacted for comment, Kitengela public health official Benard Kiluva said he was recently posted to the region and does not have information about the matter.

Cut rent into Half.

@Guest1 did you read this part? How does cutting rent in half solve the problem from the neighbor?

" Ndolo says everything was going well until his tenants began vacating one after the other due to sewer water suspected to have been leaking from an adjacent building allegedly owned by a retired government official.

The sewer water started seeping into his apartments from the adjacent building which has at least 200 tenants."

If there is a sewerage problem it must be fixed.Tenants are human beings days of being a slum lord and expecting to get paid while housing people like dogs are over atleast those that moved out were wise enough to value their lives.Landlords are offering a service if it is substandard they deserve their huge losses

Did you read the story or are you the type that creates a question of their like in an Exam and answer it? Comprehension is always a tough thing for most people including you guest

Did you read what I just read?

Did you read what I just read?

Even if rent is cut by half, why would I stay in a place with reeking sewer? Environmental issues are not just Tobiko concerns, they are for all of us. For me to stay there, maybe I need to be paid.

No surprises here. This is the classic, idiotic way of addressing problems in Kenya - beat about the bush & whip the wrong horse. Is it not the same thing we are doing with this BBI bs? We all know what and where the problem with Kenya lies yet some people believe that this hogwash BBI will magically cure all our problems, including our dishonesty, our proclivity towards corruption & thievery & all the ills we face as a nation. It’s the highest level of madness, a sideshow to distract the clueless mwananchi and a cleverly guised to appear as panacea for our collective malaise as a nation. We gullible Kenyans are in for a rude shock

@ Guest1 cutting rent does not solve the smelly problem of poop and piss or the unsanitary conditions. I would think Kenyans are smarter than going for a crappy solution, figuratively and literally.

He will use the Half rent to meanwhile to Fix the problem.

Sewer lines belong to kajiado county.
City planners should plan on current and future.
But like all country governments, corruption is killing developments.

This is a no brainer. All he had to do was sue the offending neighbor and obtain orders compelling him to remedy the situation. He's probably not telling the whole truth. Media and NEMA won't help him.