Iran Admits it Unintentionally Shot Down Ukrainian Plane that Crashed on Wednesday, Killing all 176 On Board 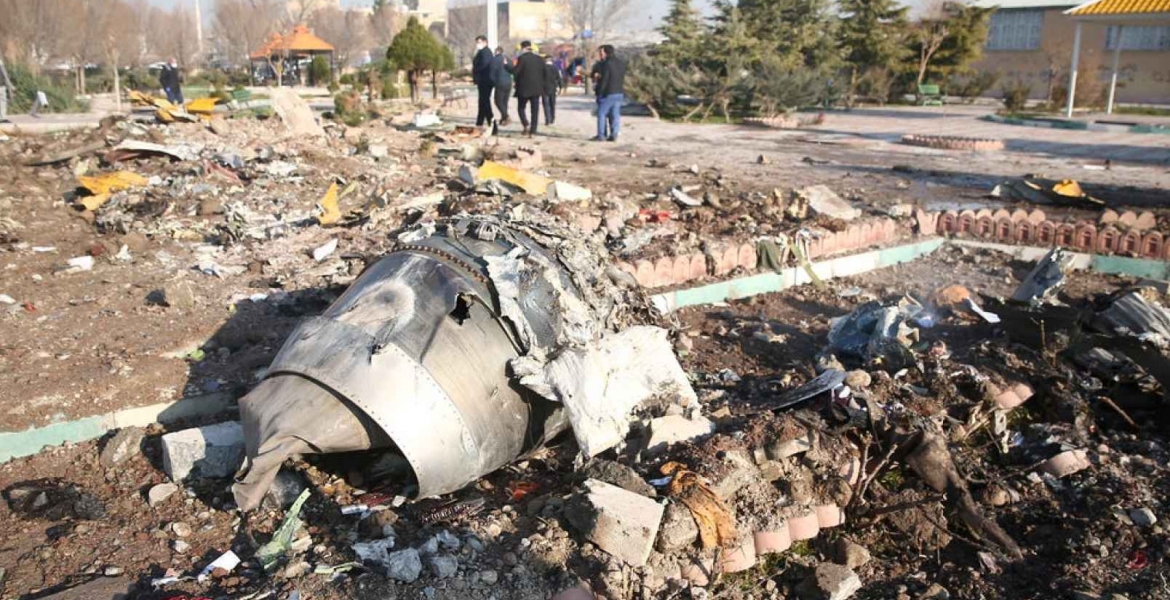 The government of Iran on Saturday said it unintentionally shot down the Ukrainian plane that crashed over the Iranian airspace on Wednesday, killing all 176 people on board.

Iran says the plane was mistaken for a hostile plane at a time when threatening of reprisal attacks by the US on Iran at the highest level.

“Our profound regrets, apologies and condolences to our people, to the families of all victims, and to other affected nations,” Zarif added.

Iran, which had earlier denied the plane was shot down, has said it will allow the US, Ukraine, Canada and others to joint investigation.

Ukraine International Airlines Flight 752 has 176 people on board, who included 82 Iranians, 57 Canadians (mostly Iranian-Canadians), 11 Ukrainians, 10 Swedes, 4 Afghans, 3 Germans, and 3 Britons. It had just taken off from Tehran International Airport and destined for Kiev when it crashed.

This shooting down of a Plane could have been a Show of Power capability by Iran (to the US).

...see what anger does? I hope this will serve as an anger management lesson to these hot-tempered Iranians. You end up hurting yourselves even more.

So you provoke me and I become upset and then you accuse me of anger issue? Total BS! You are the type that goes home toothless, idiot

Mr wiseman, when you get provoked by your wife from another tribe and you decided to burn to ashes the matatu she and your 5 children are in...ati because she called you an idiot, which you really are, tell me who is the real idiot....or hurting the matatu belonging to her tribes-men was the ultimate goal? What about your INNOCENT five kids?

Among the dead were 82 Iranians, 57 Canadians (mostly Iranian-Canadians)......au ndege ndo ilikua ya maana kuliko Iranians killed by their own government?

Guest1 and justMe,
What pack of idiots are you. Comment on things you understand or just shut up.
Fools!

@mwangi Take it easy my friend. Every one is entitled to their own opinion and that's okay. It's not your place to pass judgement.

Yes Sir! Sorry we made you sooooo upset sounds like you might harm yourself .... breath...it's just an opinion.. cool down, we now know that you know and understand this stuff. @Mwangi, I hope hujashootiwa...

Iran seems to have done so to teach states a lesson that u brot our guy dwn we will show you what we can do too.So hio ni revenge somehow if u ask me.

It backfired hot blooded Arabs that is why I insist the only good Arabs are 6 feet under.They assumed the plane was full of North Americans because being the idiots they are they looked at the passports instead of the faces or rather biometric features.They killed their own citizens thinking they were sending a message to Trump talk about throwing stones while living in glass houses I believe Shaka Zulu called it the scorched earth policy where you burn everything belonging to the enemy.Then they went ahead and cleared the accident scene and started shedding crocodile tears only to be outed .I will proudly pay double for a hybrid or electric car knowing I am helping this generation not depend on oil and also getting rid of the scum of the earth known as Arabs and their backward religion.