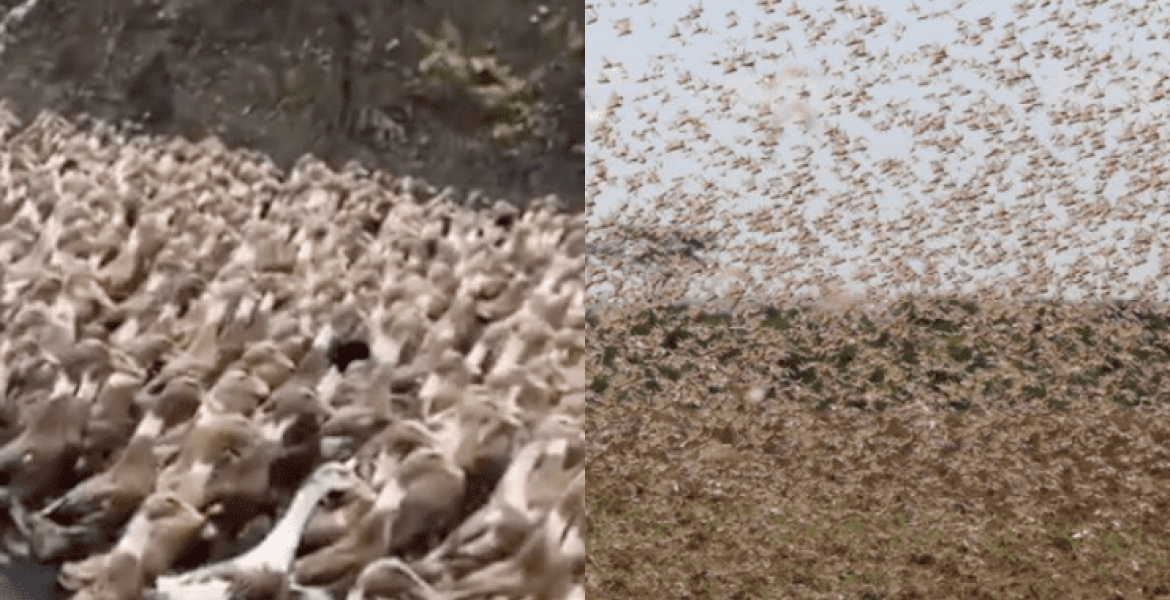 Chinese authorities have dispatched a flock of 100,000 ducks to the country’s border with India and Pakistan ahead of the looming locust invasion.

The ducks were deployed to the Xinjiang border where China meets Pakistan and India, according to media reports in China.

Videos shared by the Chinese state-run TV CGTN showed thousands of the birds marching towards Xinjiang to feed on the locusts once they arrive.

The locust invasion, which has also affected Kenya and its neighbors, has wreaked havoc in India and Pakistan with the two nations staring at food shortage as most of their crops were destroyed. The Pakistan government said the menace was “the worst locust attack in decades” and declared it a national emergency.

Since last December, locusts have destroyed tens of thousands of hectares of farmland in Kenya, Somalia, and Ethiopia with the UN’s Food and Agricultural Organization (FAO) warning that the swarms could invade more nations in East Africa and threaten the livelihood of millions of people.

The swarms have so far invaded about 20 Kenyan counties, making it Kenya’s worst locust invasion in 70 years. Efforts by the Kenyan government to control their spread by spraying them with insecticides have been futile.

Last week, the US government announced it will provide $8 million (Sh800 million) to help Kenya and its neighbors; Somalia and Ethiopia, control the infestation that began late last year.

If releases ducks, most of them would get stolen.

The Chinese will eat all those ducks. Wamepeleka delicacy mashinani.

The chinese can eat the locusts too.

The ducks will bring all kinds of viruses...SRAS, CORONA, H1V1...YOU WAIT