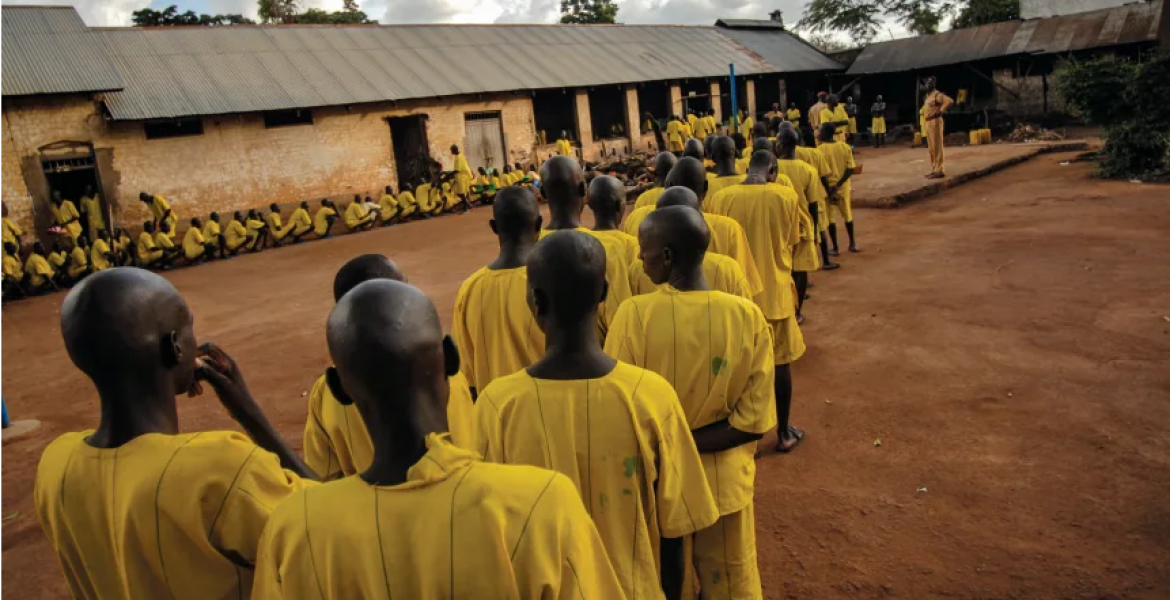 Police in Uganda have launched a search for more than 200 inmates who escaped from jail on Wednesday.

The prisoners are said to have overpowered a guard, broke into the armory, dumped their distinctive yellow uniforms, and fled into a remote wilderness area while naked, according to reports.

During the afternoon incident at the detention facility located in northeast Uganda, three people including a soldier and two inmates died, said Brig. Flavia Byekwaso, a spokeswoman for the military. The jailbreak happened near the army barracks in the district of Moroto.

“They overpowered the warden who was on duty,” said Byekwaso adding that the inmates are hardcore criminals who were jailed for offenses relating to cattle theft in the region.

The escapees removed their highly conspicuous uniforms to avoid being spotted and run into the foothills of Mount Moroto, a sparsely populated area described as ‘a wilderness.’

“The pursuit is continuing,” added Byekwaso as she warned residents that the inmates might raid local homes for clothes.

God bless Africa. We got Lions, Rhinos, Elephants etc n now we have naked Ugandans. Hurry up tourists before they get shot.