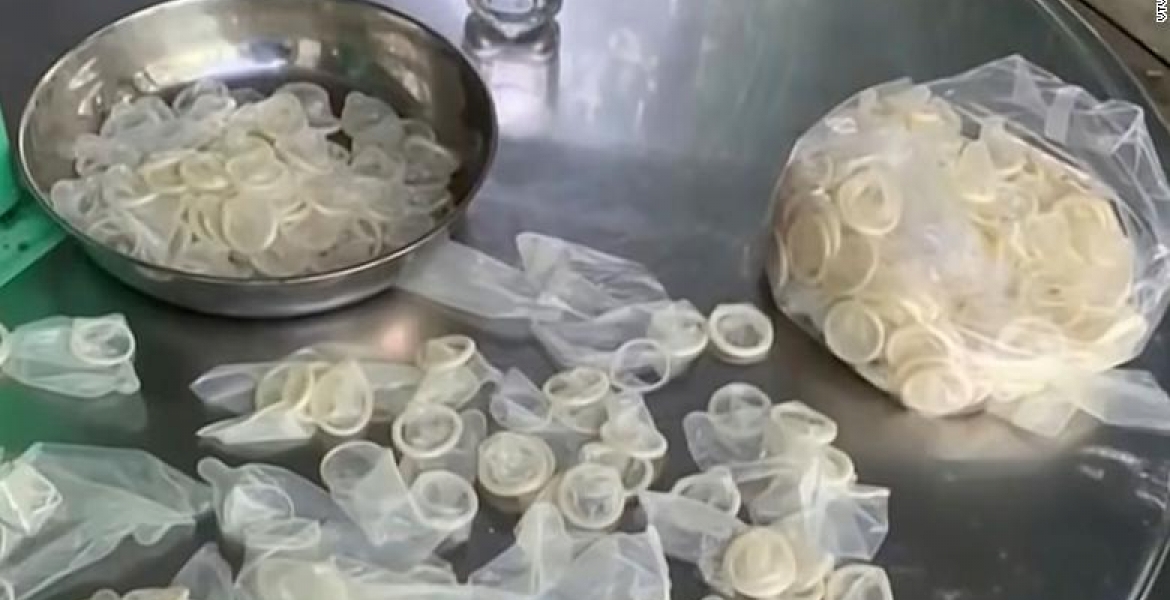 Authorities in Vietnam this week seized more than 320,000 used condoms that were being repackaged as new after cleaning.

The contraceptives weighing approximately 360 kilograms were impounded after police officers and market inspectors raided a warehouse in Binh Duong province following a tip-off from a member of the public, according to Vietnam’s State newspaper Tuoi Tre.

The owner of the factory was identified as a 34-year-old woman who said they purchased the condoms from another person. She told detectives that they had received a “monthly input of used condoms from an unknown person.”

BBC reported that the woman was paid $0.17 for every kilogram of condoms she prepared for recycling.

It was not immediately established how many recycled condoms had already been sold to the public.

With climate change which in part has been caused by human activities, we have to think of innovative ways to clean our environment and it appears Vietnam is on it.

Where does one find 320,000 used condoms? Inquiring minds want to know.

From brothels I suppose. IF every one of those condoms earned 100/- for the brothel house, 32,000,000/- was shared out between the owner and the good ladies of the house. Not bad for struggling Vietnamese girls.