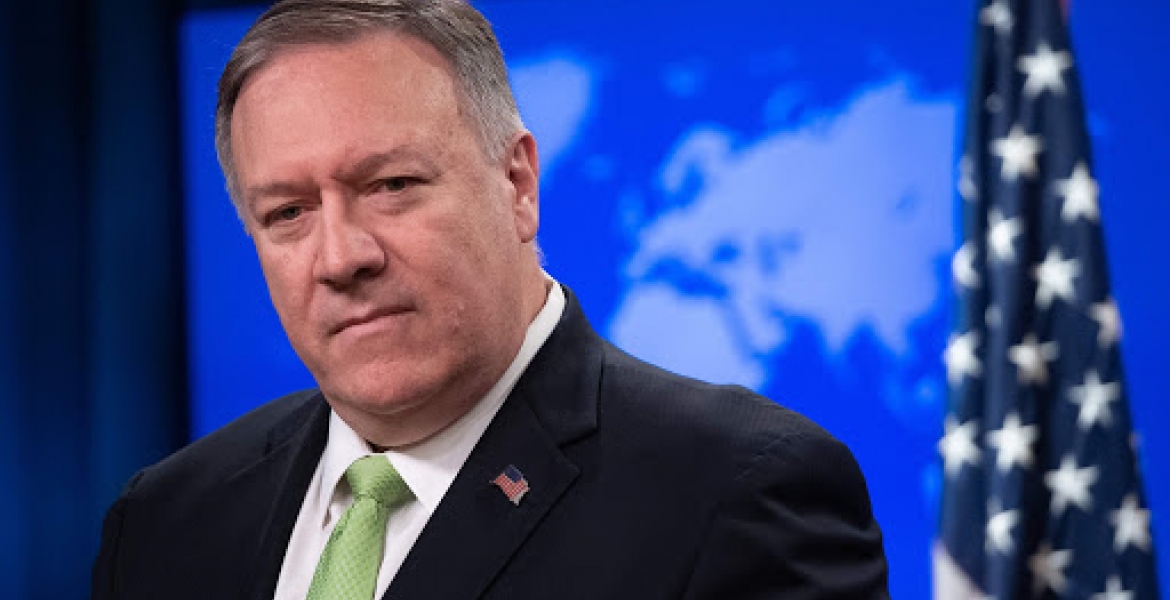 The US has issued a warning to African leaders suppressing democracy and instigating violence in their countries.

Secretary of State Mike Pompeo in a statement on Thursday said that the US is watching closely and will not hesitate to impose sanctions on leaders interfering with elections.

He further expressed US commitment to free, fair, and inclusive elections, adding that the conduct of elections is important not only for Africans, but also for defenders of democracy around the world.

“Repression and intimidation have no place in democracies. The right to peaceful assembly and freedom of expression and association are at the heart of a functioning democracy,” Pompeo said without mentioning a specific African country.

He added: “Adherence to these democratic norms and to the rule of law allows all citizens to engage in political dialogue and support their choice of candidates, parties, and platforms.”

Denial of visas is among the sanctions the US will impose on such leaders, Pompeo said.

“We will watch closely the actions of individuals who interfere in the democratic process and will not hesitate to consider consequences – including visa restrictions – for those responsible for election-related violence.”

“As long-time partners to the nations of Africa, we care about the region’s democratic trajectory and are committed to working constructively with international and regional partners.”

It is not clear whether the US warning targeted Kenyan leaders due to the political tensions witnessed in the country recently.

A week ago, two people were killed in Kenol town, Murang’a county after two political rival groups clashed ahead of Deputy President William Ruto’s visit to the area.

This prompted the National Security Advisory Council (NSAC) to announce new measures aimed at preventing such political chaos in the future.

“A convener or any person intending to hold a meeting shall notify the officer in a commanding station three days to but not 14 days before the procession,” Head of Public Service Joseph Kinyua said while announcing the new measures.

Kenya government employees.
Those are organizers of criminal activities and violence in Kenya.

Ruto should get very worried, This is not empty threats. Kenyan Elections are not till 2022, Yet he has continually provoked the President looking for a chance to cause bloodshed.
This notice is equally served to those in the Diaspora who are preaching hate and threatening that stopping Ruto will make Kenya worse than Rwanda in 1994.
Buying voters is a crime in the USA. It should be a crime in every democratic Nation. Ruto thinks he can buy Kenyans with his stolen Billions.. He must be stopped for Democracy to thrive..

Muheshimiwa Secretary of State, Bwana Mike Pompeo,this is the right move and I would urge you to include those who have ruined lives of people in Diaspora by selling them bogus and nonexistent properties headed my the most notorious swindler by the name Samuel Maina of URITHI and indeed, the entire URITHI Management Team.

Concentrate on Trump leave African nations to resolve their own problems remember you failed miserably in Somalia .

I hope Mr. Pampeo can lecture Trump using this very same message. If he even attempted, he would be thrown out on a limb.

This buffoon is talking about free and fair elections while they are busy trying to intimidate voters and suppress the vote. Africans should speak out and not let useless people like this tell them what to do!

Fincen sanctions would be better

MAU MAU DIDN'T ASK FOR AMERICANS HELP.
SO LET'S TAKE WHAT RIGHTLY BELONGS TO US.
REVOLUTION ,LET'S TAKE BACK OUR COUNTRY...BY THE BALLOT OR THE BULLET.