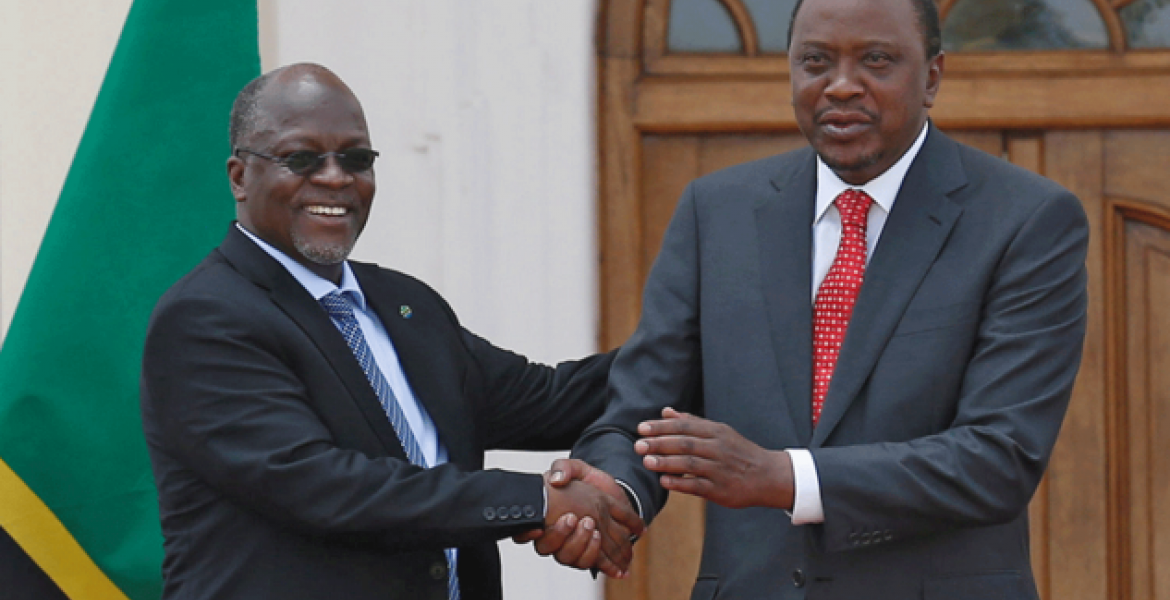 President Magufuli won the just-concluded election by a landslide, garnering 12.5 million votes (84 percent) while his main challenger Tundu Lissu of the Chadema party got 1.9 million votes.

Uhuru in a statement said the re-election of Magufuli demonstrates the deep love, confidence, and trust Tanzanians have in his leadership.

“On behalf of the People and the Government of the Republic of Kenya and on my own behalf, I congratulate you, my brother, Dr. John Pombe Magufuli on your election victory and that of your party, Chama Cha Mapinduzi, in the just concluded election.”

“We in Kenya look forward to continue working with your Administration for the benefit of the people of our two nations, for the prosperity of East Africa and for the peace, stability, and growth of the African continent,” Uhuru noted

“Your Excellency, as you settle down for your second term in office, I wish you good health and assure you of Kenya’s support and commitment to continue partnering with your Administration in pursuit of mutually beneficial objectives.”

Tundu has refused to concede defeat terming the election’s outcome a “travesty” due to widespread irregularities.

The US through the Assistant Secretary of State for African Affairs, Tibor Nagy has also raised questions on the credibility of the election.

“We remain deeply concerned about reports of systematic interference in the democratic process.”

“We continue to review credible allegations of the use of force against unarmed civilians,” Nagy said in a tweet on Friday.

On Thursday, the US Embassy in Tanzania said there had been “credible allegations of significant election-related fraud and intimidation.”

A despot congratulates another despot

When someone wins, he stole the elections. The losers saying that the election was stolen from them.
CONGRATULATIONS MAGUFULI, you deserve another term, you're the only one PRESIDENT who is doing great things for Tanzania and Africa in general.
The west won't support you because all they want is CHAOS in Africa.
When we're killing each other they are busy stealing from us.
Tundu lissu is an American agent.
I'm grateful that tanzanians rejected him.

No congratulations necessary unless you intend to shove BBI down our throats so that you remain in government .Kenya does not need a Prime minister and a President.Hospitals cannot pay doctors and the practice of detaining patients due to lack of funds has not stopped.We do not need more devolution which is code word for more corruption.Go home and retire for good we get that your father was the first president surely it has been over 50 years more capable leaders have been born when will they get a chance to lead you and your family have benefited tremendously we have 45 other tribes who are capable Kenya does not belong to two tribes.

With what is currently going on here in America regarding the upcoming Presidential election with claims of voter intimidation, chances of mail fraud, possibility of chaos after the election, president inciting their supporters to instigate violence....no representative of the US should offer any advice/reprimand on African elections at all! Let the Tanzanians deal with their elections themselves