Trump Orders Withdrawal of US Forces from Somalia 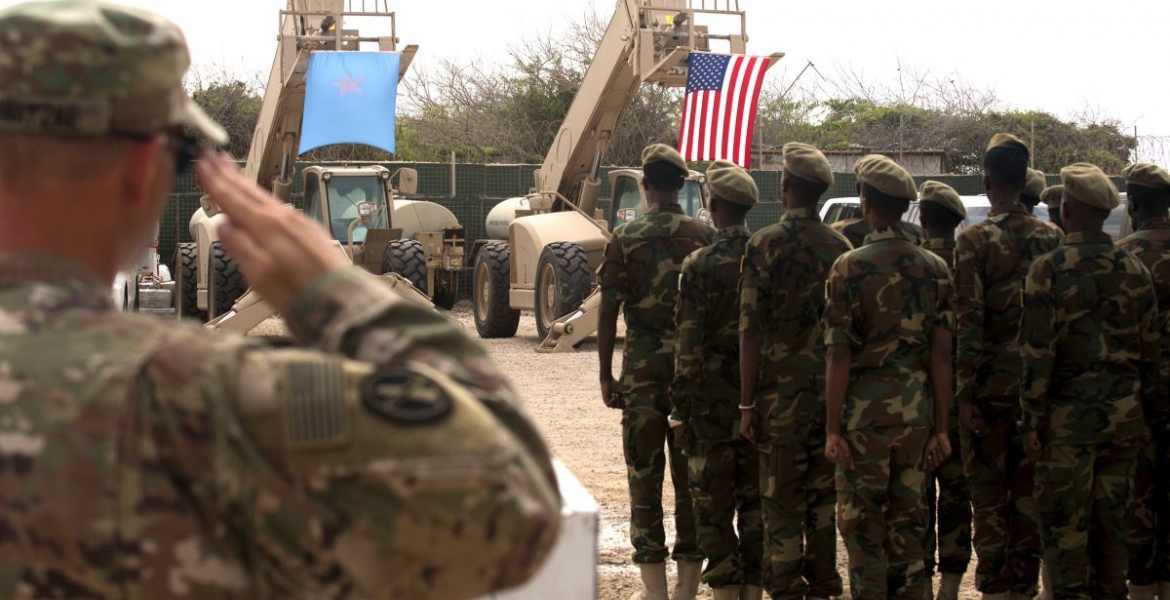 US President Donald Trump has ordered the withdrawal of nearly all American troops from Somalia.

The US has at least 700 troops in Somalia to help the country fight the al Qaeda-linked al-Shabaab insurgency.

The move is said to be part of Trump’s global pullback before he exits office next month that will also see him reduce forces in Afghanistan and Iraq.

Experts have warned the move could undermine security in Somalia and East Africa but Pentagon downplayed the implications of the withdrawal.

“While a change in force posture, this action is not a change in U.S. policy,” the Pentagon said in a statement.

“The U.S. will retain the capability to conduct targeted counterterrorism operations in Somalia, and collect early warnings and indicators regarding threats to the homeland.”

A US defense official who sought anonymity said almost all American forces will leave Somalia but some will remain in Mogadishu.

An unsigned statement by the Pentagon indicated that an unspecified number of troops in Somalia would be transferred to neighboring countries, allowing them to conduct cross-border operations while others would be reassigned outside East Africa.

The withdrawal of US forces comes at a difficult time for Somalia, which is set to hold both parliamentary and presidential elections.

Somalia has experienced political instability for decades but over the past decade, an AU-backed peacemaking force and US forces helped reclaim areas conquered by al Shabaab militants.

Somali President Mohamed Abdullahi through Twitter appeared to campaign against the withdrawal of US troops.

He tweeted: “The United States military support to Somalia has enabled us to effectively combat Al-Shabab and secure the Horn of Africa. A victory through this journey and for Somali-US partnership can only be achieved through continuous security partnership and capacity building support.”

Kenya should not have been inside Somalia from the word go, due to it's bordering with the state.

Why am I all confused by this statement "A US defense official who sought anonymity said almost all American forces will leave Somalia but some will remain in Mogadishu."

USA wars are economic wars. They are meant to revive the economy. Somalia main export is charcoal. Untaxed sugar gets to Kenya illegally.