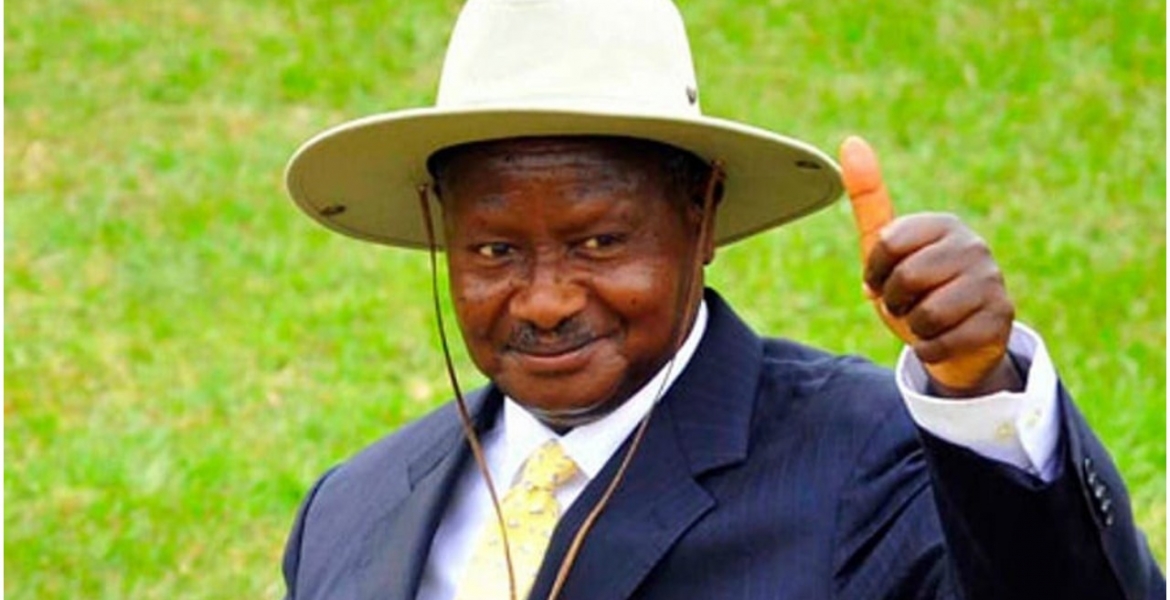 Uganda’s long-serving President Yoweri Museveni has been re-elected for another five-year term.

Museveni was declared the winner of Thursday’s presidential election by the country’s Electoral Commission (EC) on Saturday.

On Friday, Wine termed the presidential election as “the most fraudulent election in the history of Uganda.” He accused Museveni of fabricating the results even as he urged Ugandans to reject the outcome.

The singer-turned-politician said his residence in the capital, Kampala was surrounded by hundreds of soldiers who blocked him from leaving.

“None of these military intruders is talking to us. We are in serious trouble. We are under siege,” Wine tweeted.

Deo Akiiki, the deputy spokesman of the army told Reuters that the officers at Wine’s house were there to protect him from any danger.

“Candidates are special people. We are protecting him and cannot let random people access his premises. So they might be preventing him in the interest of his own safety,” he said.

Museveni, who has been in power for 35 years, has pledged to continue delivering stability and progress.

Bobi Wine got 3 Million for a first time candidate that’s in a dictatorship that impressive .

Museveni must. His time is up.

Only death will remove Museveni from power.

Kenyans should be reminded that they have elected three presidents while Museveni is in office before they start barking about him being elected again.They also had a PRIME MURDERER who imposed himself on them after killing more than 1300 people.The three plus one useless bosses have only reversed development by making corruption to be Kenyas' main occupation.The other one is loans to loot after paying salaries to the bloated govt.

No surprise I knew the outcome before. Bobi Wine was just wasting his time and energy.
It’s like trying to race a 100 meters race two seconds after your rival has taken of before the
Shot. You can’t stand a chance. They should do away with presidential candidates (s)elections in
the Afrika.

It is a sad state for our neighbours, lakini (selfishly, some may say), this reminds us that we are far more advanced in Kenya. Argue or hurl insults we might, lakini we are one democratic bunch, given half the chance. That is excluding the brutes who have tried to pitch one tribe against the other in recent times. Unapologetically Kenyan, lest you may ask!