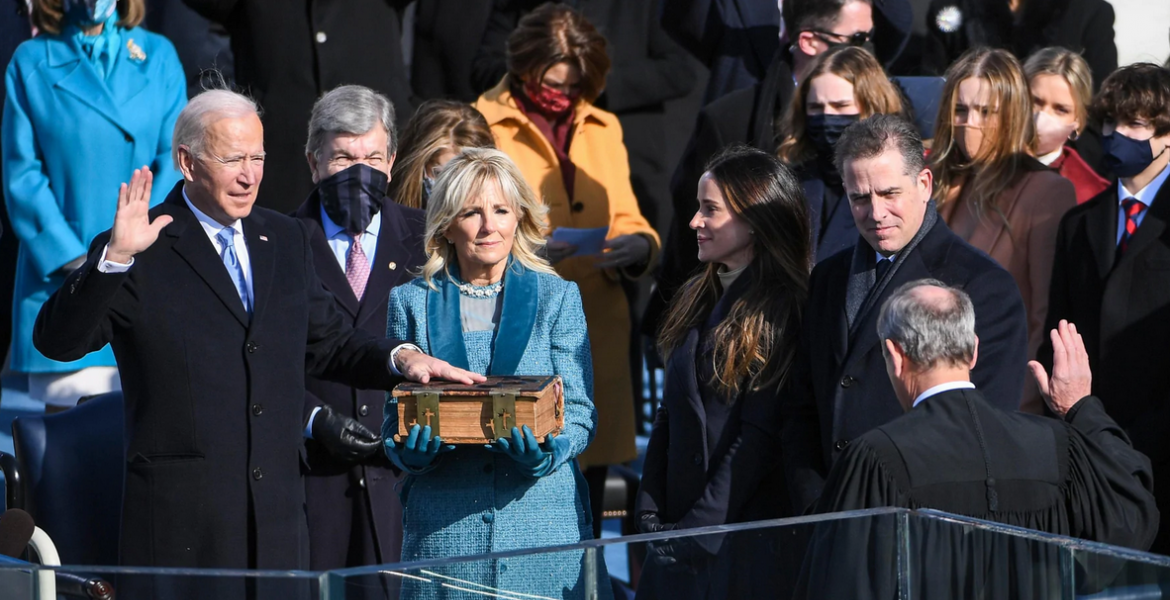 Democrat Joe Biden was sworn in as president of the United States on Wednesday, vowing to end the ‘uncivil war’ in a deeply divided country reeling from a battered economy and a raging coronavirus pandemic that has killed more than 400,000 Americans.

With the U.S. Capitol encircled by thousands of armed troops two weeks after a mob laid siege to it, Biden took the oath of office administered by U.S. Chief Justice John Roberts and became the oldest U.S. president in history at age 78.

“To overcome these challenges to restore the soul and secure the future of America requires so much more than words. It requires the most elusive of all things in a democracy: unity,” he said.

“We must end this uncivil war that pits red against blue, rural versus urban, conservative versus liberal. We can do this - if we open our souls instead of hardening our hearts.”

The scaled-back inauguration ceremony was stripped of much of its usual celebratory spirit. The National Mall, typically packed with throngs of supporters, instead was filled with U.S. flags in a reminder of the pandemic Biden will confront as chief executive.

Speaking on the steps of the Capitol, where supporters of then-President Donald Trump clashed with police in a chaotic assault that left five dead and stunned the world on Jan.6, Biden cast his ascension as proof that the attackers had failed to disrupt the underpinnings of American democracy.

The violence prompted the Democratic-controlled U.S. House of Representatives to impeach Trump last week for an unprecedented second time, accusing him of incitement after he exhorted his backers to march on the building amid false claims of election fraud.

“Here we stand, just days after a riotous mob thought they could use violence to silence the will of the people, to stop the work on our democracy, to drive us from this sacred ground,” Biden said. “It did not happen; it will never happen. Not today, not tomorrow, not ever.”

Biden’s running mate, Kamala Harris, the daughter of immigrants from Jamaica and India, became the first Black person, first woman and first Asian American to serve as vice president after she was sworn in by U.S. Supreme Court Justice Sonia Sotomayor, the court’s first Latina member.

The norm-defying Trump flouted one last convention on his way out of the White House when he refused to meet with Biden or attend his successor’s inauguration, breaking with a political tradition seen as affirming the peaceful transfer of power.

Trump, who never conceded the Nov. 3 election, did not mention Biden by name in his final remarks as president on Wednesday morning, when he touted his administration’s record and promised to be back “in some form.” He then boarded Air Force One for the last time and flew to his Mar-a-Lago retreat in Florida.

Biden takes office at a time of deep national unease, with the country facing what his advisers have described as four compounding crises: the pandemic, the economic downtown, climate change and racial inequality. He has promised immediate action, including a raft of executive orders on his first day in office. - Reuters