Bill and Melinda Gates Are Divorcing After 27 Years of Marriage 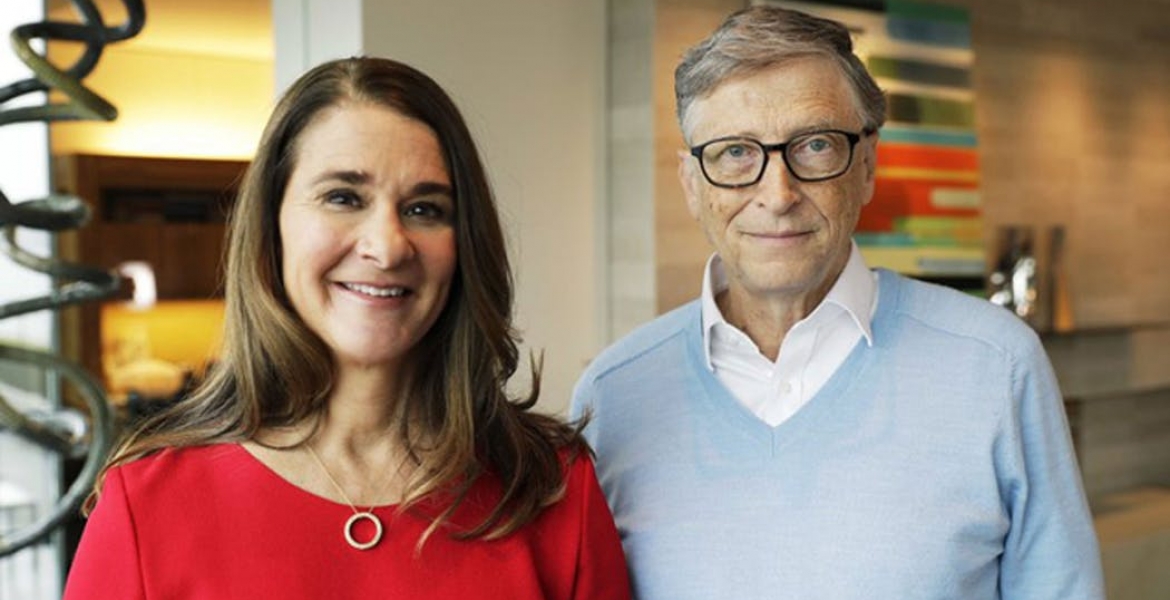 Microsoft founder Bill Gates and his wife Melinda have announced they are divorcing after 27 years of marriage.

Gates, 65, and Melinda, 56, announced the split through a joint statement on Monday.

“After a great deal of thought and a lot of work, we have made the decision to end our marriage,” the statement reads.

“Over the last 27 years, we have raised three incredible children and built a foundation that works all over the world to enable all people to lead healthy, productive lives. We continue to share a belief in that mission and will continue to work together at the foundation, but we no longer believe we can grow together as a couple in this next phase of our lives.”

They added: “We ask for space and privacy for our family as we begin to navigate this new life.”

Gates founded Microsoft in 1975 and was named the world's youngest billionaire at the age of 31 in 1987, the same year he met Melinda.

Karen's are devastating given OPPORTUNITY as I said before

Men should marry as many women as they wish provided capable of taking care of babies..

WASTED ALL THE TIME IF NOT USED

I agree. We have MORE women out here than Men; and it's Unfair for some Women too Misss out their Share of Love in the name of Mongamy. May CHRISTIANS wake up and Smell the ROSES: Those Women that are Going to Waste out here).

What about a woman marrying many men if she can be able to take care of them?

Iam sure you are aman.Its cheap to donate sperms. They are a million adime. You get pregnant carry the baby for nine months,while 30pounds heavier,then you will know taking care of babies is not easy. It takes more than financial donation to raise achild.
Era of breeding like rabbits is long gone. Ask yourself why the richest countries in the world have fewer babies?They have the cash...

Today,research came out stating that USA now has hit the lowest birth rate in 42 years.What the heck is going on there...

lot of food man eat is to create a sperm

one hen is not good for a man

@MKenya Halisi you have my full support. This is "His Story" not needed. We need "Our Story".

Love is a strange thing it changes color with time.
It is not static but the view of today’s culture is to hold just one shade of love.

[I'm talking to our people here and may be this MIGHT HELP SOME couples. So if this does not help you, it's Ok to disagree.]

Most of us (not all) are suddenned by this news. The institution of marriage is under threat due to various reasons such as infidelity, financial strain, physical and verbal abuse and social media such as FB, Instagram e.t.c. Communication with utmost respect to each other is critical. Learn to hear each other even if she/he is broke, has a little weight, or has broken the unthinkable barriers. Start the conversation with " Baba or mama" so and so or" babe" or "my darling" however you address mtu wako ... and then tell them you are frustrated with whatever action in question instead of shouting or fighting them. Do this a few times if need be and be cool and collected and don't engage in any type of confrontation verbally or otherwise. For most people, this really helps.
Mungu atusaidie.
Please people when you enter into marriage, Please enter it with 100% intention of making it work.... please, please don't enter into marriage because of the idea of it or to please people or satisfy yourself for accomplishment of it. Let it borne out of reason and mutual understanding so to speak.

May the almighty God bless our unions and may we have minimal divorces in our Kenyan community.

What is the purpose of marriage anyway? Many things that can happen in marriage can happen without a government issued paper . We have lied to ourselves far too long that being coupled is the only way to be. Like friendships, we should allow marriages to fizzle when the connection has run its course. What exactly are you saying about your state of mind when you tolerate torture so you can appease society?

@ Viazi Karai, exactly my sentiments.This institution is out dated. We need anew model.Yes traditions die hard. As for me,and I have said it before.Homosapiens were not designed to be monogamous.Science tells us that. Instead of forcing ourselves into this antiquated model,we should come up with a new one.
It also pays to note that not every one has qualifications to enroll into this MIT( Marriage Institution of Torture)
They say marriage is not easy.I say its dangerous,or at least stressful.
It amazes me how much we have advanced in technology,and other disciplines,but have failed miserably to enhance our interpersonal relationships,despite myriads of so called experts with truck loads of PhDs.Homosapien is still abrute.

John, I would guess that the majority of people join the institution with the best of intentions, and yes there will be the makaratasi seekers and wachimbaji wa dhahabu, unfortunately time introduces boredom which can lead to temptation which leads to conflict and broken trust, disengagement etc which slowly chip away at the foundation leading to the eventual dissolution of many marriages. Once trust is gone, it is damn near impossible to fix. And if you let others in, it is never good for the marriage.
https://www.msn.com/en-us/lifestyle/lifestyle-buzz/bill-gates-took-year…

@Mundumugo, 3 is a crown,isn't that what Diana told Prince Charles when he "insisted" that Camina,be in the equation ?
Actually the arrangement Billy,and with his former chick is no different from what many Kenya men are doing.Mipango ya Kando everywhere.Wives know this,so some of them balance the equation by having their own Mipango Ya side.Very toxic .As noted by some killings at the hands of lovers...
Just finish a relationship before you start another.Even if you go the Bill Gate style,it will one day get old.

The rich as long Cry; struggle.

Comments from idiots are hilarious. Why do the editor publish idiotic comments? Do better.

It’s never a pleasant thing to see a marriage break. 27 years together to just call it quit smh. May they find peace.

The human condition is very interesting . Generally speaking we are full of desires and passions. Seems like nothing is ever quite good enough. Moderation is surely a good practice.

@Kim, what is interesting to me is that,there is an increasing percentage of"students" who fail and drop out in MIT.This should not be the case. With all the educated so called experts with trails of PhDs,and apparent solutions,things havent faired well in the department of marriage.
Homesapiens have send afellow homo- to the moon, even send his cousin the monkey there.He has built supperfast computers,he can even replace faulty body parts,transport himself to the farthest spot on earth in minutes...and ahost of other things that were impossible,and seem like a miracle to our ancestors.But have failed miserably in the mating game.Why?
With the knowledge we have,shouldn't interpersonal relationships be almost with pinpoint solutions?Yes, its time to re-evaluate this MIT.Basically make anew workable model for this generation.

Please dont trust women be like our forefathers as they new woman hormones are emotional ..

Help them MOST IMPORTANT IS BABIES