Debris of Rogue Chinese Rocket Lands in the Indian Ocean 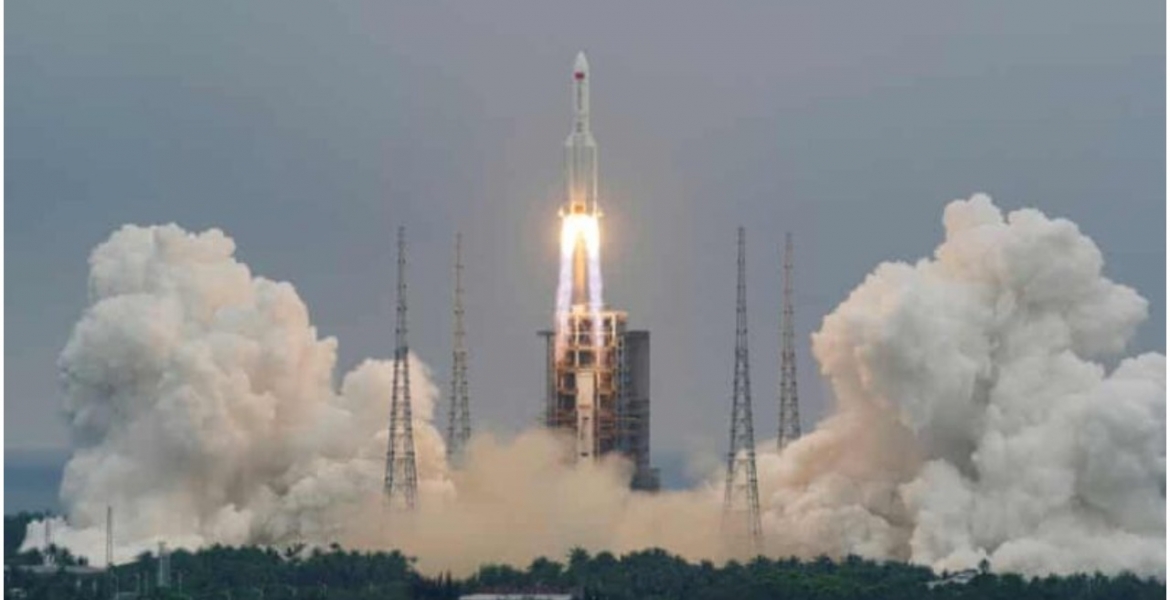 The rogue Chinese rocket that was out of control and destined to crash on Earth has re-entered close to the Maldives.

Debris from the rocket dubbed Long March 5B disintegrated over the Indian Ocean at 10:24 am Beijing time, according to reports.

“The coordinates put the point of impact in the ocean somewhere southwest of India and Sri Lanka. Most of the debris was burnt up in the atmosphere,” China Manned Space Engineering Office said in a statement.

This was also confirmed by the US Space Force's 18th Space Control Squadron, which indicated that remnants of the rocket plunged into the ocean north of the Maldives.

“An ocean reentry was always statistically the most likely. It appears China won its gamble (unless we get news of debris in the Maldives). But it was still reckless,” said Jonathan McDowell, an astronomer at the Center for Astrophysics at Harvard and orbital expert.

The out-of-control rocket was expected to land on Earth anytime this weekend with everyone unsure about the time or place of its landing.

NASA castigated China for lack of transparency over the rocket’s re-entry into Earth, saying spacefaring nations have a duty to minimize the risks to people and property.

“It is clear that China is failing to meet responsible standards regarding their space debris,” said NASA administrator Bill Nelson.

He added: “It is critical that China and all spacefaring nations and commercial entities act responsibly and transparently in space to ensure the safety, stability, security, and long-term sustainability of outer space activities.”

This is the second time China has lost control of its Long March 5B rocket. In May last year, a similar event saw rocket debris discovered in the village of N'Guessankro in the Ivory Coast.

Trying to compete and falling short each time.You need to pay for the environmental damage you are causing as you try to outdo the USA.How about learning to crawl first before attempting to walk or in your case fly.