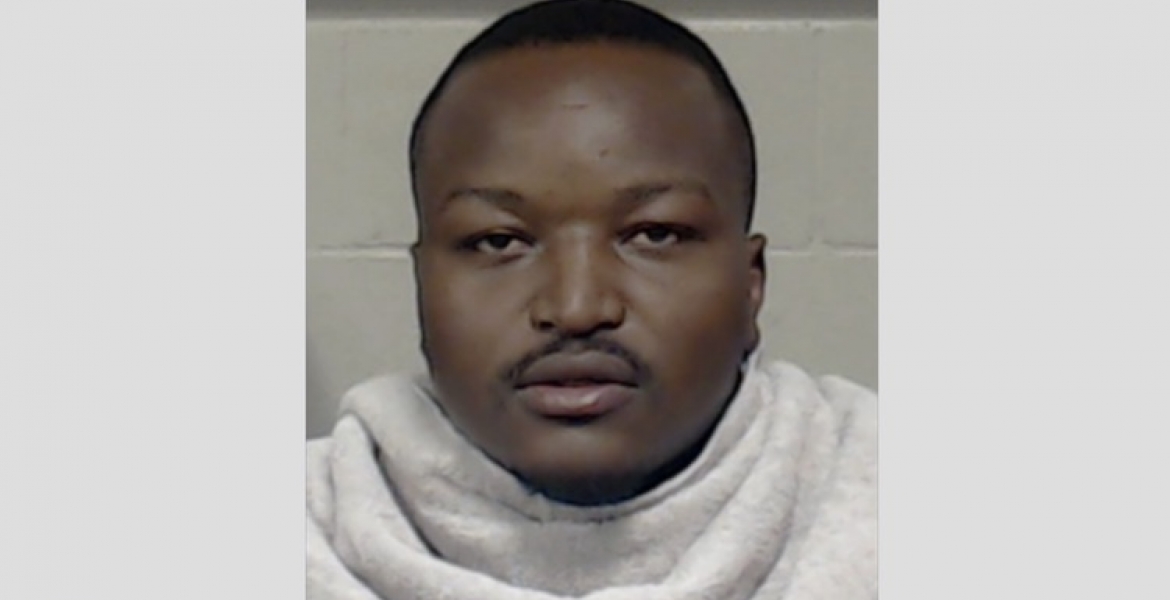 A Kenyan man in Dallas, Texas has been charged in court two counts of intoxication manslaughter after causing an accident that killed two people early Sunday morning neat the Dallas North Tollway in Dallas.

Police say 26-year-old Moses Githenya Mwangi was driving drunk heading eastbound on Frankford Rd when he ran a red light and hit a car with two occupants - Promise Hamilton, 23, and Luis Solano, 26. Their car was sent crashing into a pole, killing both Hamilton and Solano on the spot.

Mwangi was taken to the hospital after the crash, but was on Tuesday transferred to the Collin County Jail where he is being held in lieu of bail. His bail has been set at $500,000; $250 for each of the two counts.

Many of us have been stupid enough to drive drunk on a few occasions and the only difference is that we didn't kill anyone or get caught. Thank God for Uber these days. I wouldn't wish the pain this guy and the aggrieved families are experiencing on anyone. Very sad whichever way you look at it.

I agree with you all, most of us have been lucky not to be caught!! he just made a bad choice and it was not his lucky day. please dont drive your car to the bar even if you plan on drinking just one, take uber and avoid any chance of getting a dui. May God give comfort to the relatives of the diseased and may mr. Mwangi find leniency as they prosecute him and hpfly we all learn our lesson here

He isn't even a U.S. citizen so he will just be deported. Now tell me to not be pissed! Someone had enough money to bail him out so he will be just fine while hundreds of us had to bury loved ones. F this dude

I think this should be a lesson to many.

Not his lucky day? Don't you mean it wasn't the victims lucky day????? No sympathy for him or any of you pieces of shit who choose to drink and drive. And NO we have not all done this at one point or another. Only selfish useless humans would do this EVER.

Kudos to you for having lived a flawless life and able to judge the rest of us mere humans from that high horse. I am not condoning drinking and driving but many have made very dangerous mistakes. Have ever text while driving?

This is something that can be avoided. We are not talking of an accident caused by icy roads or any act of God. He knew he was going to drink, he could have made arrangement with a friend to pick him Uber/Cab etc. If you drink and drive it is the high time to change it and stop using 'Kudos to you for having lived a flawless life and able to judge the rest of us'. Set you standard higher than that.

Thank you!!! Not all of us have made such mistakes. Even though most Kenyans have the 'group mentality' thinking. The smart ones have discovered the secrets and have private lives. Glorifying alchoholism is not a smart thing to do. The Kenyan community is know for this in the diaspora thus leading to many unproductive lives and high sucide rates. Be realistic and save lives. Let This so called Mr. Mwangi should rot in hell. Every life matters. And don't start calling for contributions for this nonsense.

Today I support you @Mkenya Kamili

no one is innocent on earth.

I have zero sympathy for drunk drivers. I hope all drunk drivers go straight to hell. I know a person who have been getting on the road after heavy consumption of alcohol. His license has been suspended twice but he is in denial. He never listen to anyone. It is a matter of time before he kills someone out there.

Your name is GODHAVEMERCY and you think "drunk drivers should go straight to hell." An oxymoron and quite the holier than thou attitude...my two cents.

This person you mention has a big addiction problem.Unfortunately, you are correct. Its just a matter of time before a serious situation occurs.Hopefully he will seek help before causing harm to other human beings.Its bad enough putting oneself at risk,but worse if you have to endanger other people.
Irresponsible drivers cause accidents.Those who text while driving,or watch a movie will driving,or take prescription drugs that dont allow driving ,and drive road-unworthy cars,are just as dangerous as those who drive drunk.Getting a ticket should the least of their worries-that is if they worry at all.
This individual probably escaped many incidence of danger,and convinced himself that he would always prevail. Bad mistake. Yes it is a learning lesson for those who are willing to listen and learn.It is cheaper,and safer to call uber,or a taxing.too late for this fellow.Dont let it be too late for you...

Who are you to judge? This was just a wrong decision on a wrong day. I wouldnt wish this even to my worse enemy.... we hv all made mistakes one way on another... Praying for the both familys and for the guy.. Let this be a lesson to many out there but don't cast stones... SMH.....

This is something that can be avoided. You have to set the standard very high. He can buy alcohol and drink it at home or get Uber. Stating 'who are we to judge' is total nonsense. This can be avoided period.

My friends, there is Uber or lift even Taxi!!! Ama have a designated deree..
How do you go drinking pombe in the US,knowing that you will be driving 😣
And the sad thing is you took 2 innocent lives.... so sad....

Why are you so defensive for drunk drivers Nani? Hmmm.... Who I am to judge? I am someone who cares about those victims. Luis and Promise had their who future ahead of them. Moses is a loser that decided not to take an uber or lyft but instead took his chances. No sympathy for him or any of you who defend him.

I know Mwangi's family but I'm compelled to look at this from the dead people's family point of view. You know someone minding their own business only to be tragically killed by a driver who decided it wasn't convenient for him to utilize alternative modes of trasportation or just just stay put until he was fit to drive...my sympathy is to the victim's family and Mwangi'Mwangi's family but not to him. He made his bed, it's time to lay on it.

i totally agree with you. His family is not to blame in the least bit. They are victims as well. This is such a painful time for everyone.

Its sad how many Kenyan here are disconnected with reality. How do you life. What i am understanding from the comments is the stupid guy is unlucky. WTH...he made a concious choice from the time he started drinking to getting behind the wheel. He wanted to become a muderer simply because he was aware of what the outcome might be. No one should make such costly experiments. And hell yeah i drink but responsibly and with a plan. Simply be responsible. Can we just all acknowledge our challenges and start helping each other. Stop making ignorant excuses.

No parent or family should go through this. Stop sympathizing with a Kenyan fool. Let him RIH in jail and i hope they handle him in there!!!!

As a former diasporan myself, and looking back at my entire experience out there, this are my thoughts: Every Kenyan, young or old coming to study or live in the United States should undergo an orientation course taught by their peers based on their experiences where the do's and don't's are emphasized without mincing words! This would make new entrants understand that everything in America, unlike in Kenya, is regulated by some law, or by-law, and there are consequences. They should cover matters such as how to keep good credit, drinking laws, how to invest, personal interactions with Americans and others etc. By now someone should have written the handbook!