I was Created a Lesbian, Kenyan Pastor Jacinta Nzilani Says 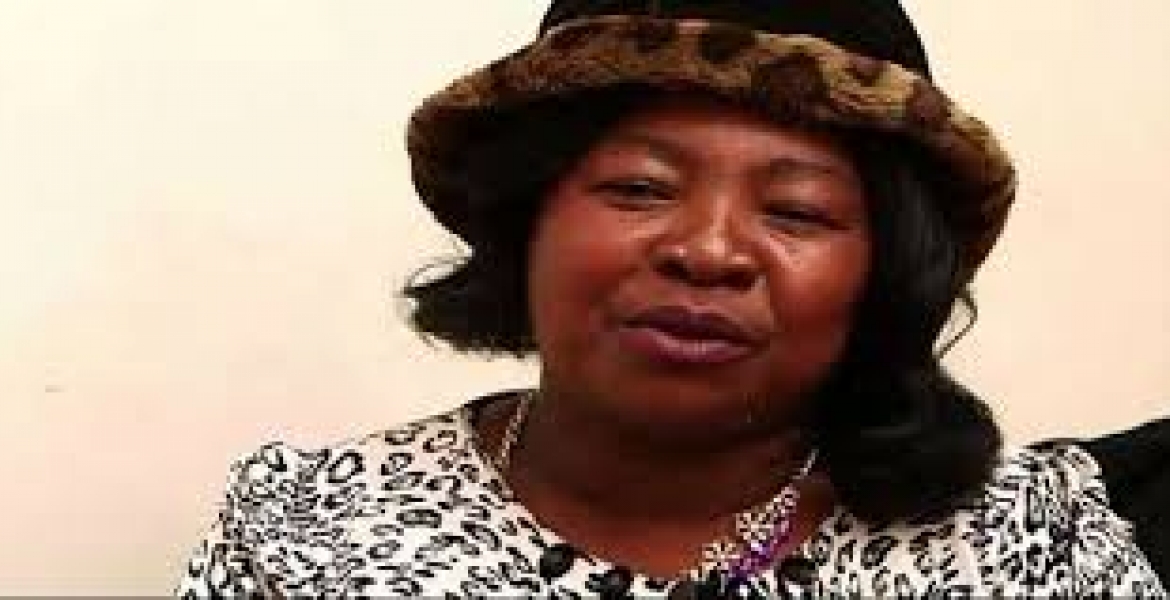 Kenyan openly gay pastor, Jacinta Nzilani Kilonzo says she discovered she was attracted to women when she was only 16 years old.

Ms. Nzilani, a widow and mother of three, spoke about her sexual orientation during a recent interview with a local radio station.

“When I was 16, I realized that I was attracted to women more than men. It is not a habit, it is something that is inside me,” she said.

At the age of 18, she joined a nunnery to become a sister in the Catholic Church but dropped out days later after a priest in Machakos County asked her out.

“I did not know any man at the time and what the priest did to me really bruised my ego. I went back home but I was ridiculed and married off to a man who was almost twice my age,” she recounted.

The 51-year-old city preacher said she was never happy in her 25-year marriage as she never enjoyed sex with her husband, who succumbed to cancer in 2008.

“Marriage was tough and I was not interested in sex. Whenever we got intimate it was by force and I hated it. My husband succumbed to cancer in 2008 after a 25-year marriage and this affected me.”

“My in-laws turned against me and some even beat me up saying I had brought a curse on their family,” she recalled.

After the passing of her husband, Nzilani says she lost almost all members of her church and was forced to begin from scratch.

“My son went through depression and things were really tough. It is at this point that I started a program where I interacted with women and tried to understand them.”

This is when she had her first-ever lesbian relationship with one of the women enrolled in her program.

“A few years later I had a relationship with one of the women but it did not last because she was bisexual. I wanted someone who was sure (of what they wanted),” she divulged.

She later met her current partner, a fellow evangelist who describes as mature and who understands her.

“She is mature and loving. We do what couples do…” she revealed.

When asked whether she thinks homosexuality is Godly, she has quickly quoted John 3:16, saying that God’s love has no barrier since he loves everyone, equally.

“My children know about it [lesbianism] and they have accepted me. I was created this way,” she said, adding that she would not have a problem if her son chose to be gay.

Devolish devolish devolish satanic satanism bullshit stinking mafi ya kuku mafi kunukia punda.Go to united state of gormolla n u will ok there with yr satanism bullcrap.U knew ur a lesbian then why did u get married or even have children coz unasema ulinjijua @16 n u seems to b educated shoga

@MHalisi your drama is getting old and repetitive. You react like you have unknowingly stepped on a thorn kana mundu wahutiyo ni hatha. Calm down boss you could get a heart attack.

On serious note madam I feel for you and pray that God will have mercy on you. It's awkward to claim that you were created a lesbian, by who??? Coz the creator of the mankind is against lesbianism and homosexuality, and He cannot compromise

I think Environment did create her; and if she says that she "was never interested in sex", then that could be why her husband developed and died of cancer.

There is growing evidence that our sexuality is on a continuum .We should open our mind to this possibility.Nothing is wrong with that-mindful that we have thus far dispelled so many beliefs that we used to accept as normal/correct,and replaced them with new beliefs that fit our times.It confounds me how hypocritical the so called people of faith or of God are. They will condemn homosexuality,while the do all sorts of evil things that are more destructive than merely being gay,which is harmless.
Since just about all sexual expressions are in private,why dont we leave it there,and pay more attention to what a human being can productively do for mankind.
Studies tell us that in all known human societies, there has always existed about 10% of homosexuals. This number has pretty much remained steady.Meaning that at least majority of the remaining 90% is heterosexual. I say majority because of that continuum I mentioned ... We just dont nicely fall into a binary category...
More importantly, lets treat other human beings with respect.I still maintain that homosexuality is not achoice,just as much as heterosexual is not achoice. Actually, if Ihad a choice,would chose to be BI,and enjoy both worlds.
I applaud the pastor for her courage,and desire to preach despite what the bible says about homosexuality.However, I would encourage her to be forthright about what the bible says.If it condemns homosexuality, there is no point side stepping or avoiding the right response,which is YES,but just say you dont agree with it,Just like many christians dont agree that aloving God will burn sinners in eternal fire...Ouch . My two cents.

This woman is sick a neurotic