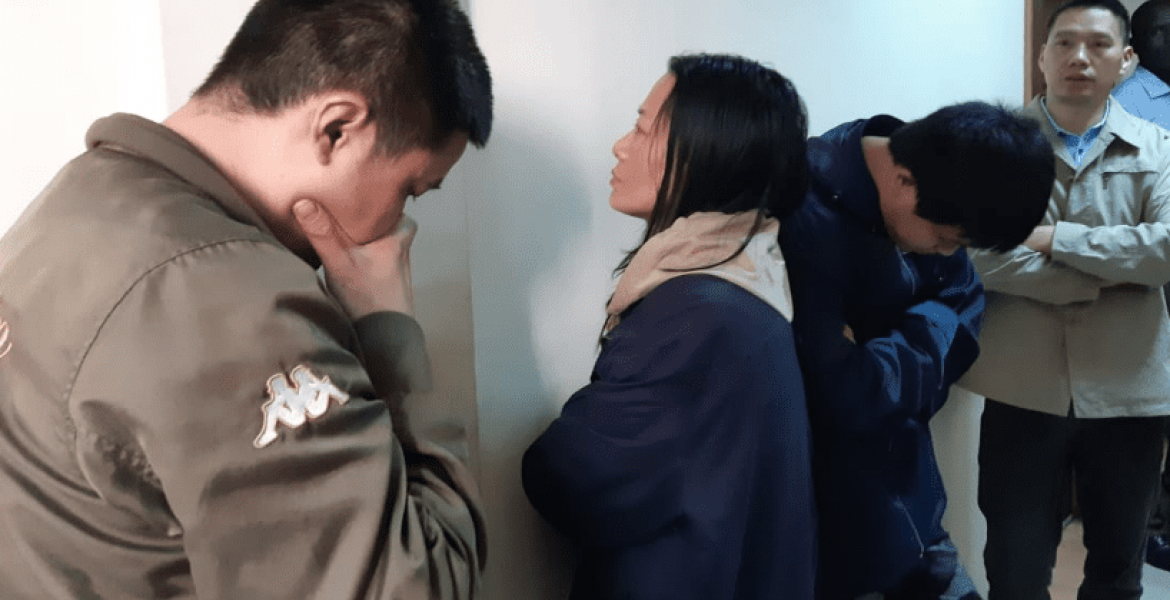 Four Chinese nationals who were arrested on Sunday after a video showing one of them caning a Kenyan man at a Nairobi restaurant went viral on social media were on Monday arraigned in court.

Appearing before Milimani Law Courts, the suspects were charged with assault and causing actual bodily harm. The prosecution sought to have the four detained for 21 days to allow the completion of investigations into the incident.

But the defense team opposed the prosecution’s application arguing that the charges against the accused persons were not serious enough to warrant such a long investigation period.

“The charges are not serious to warrant 21 days… The prosecution doesn’t need the 21 days to investigate,” the defense submitted.

The court ordered the four to remain in custody for three more days pending a ruling on their bail application.

49-year-old Deng Hailan, who was videotaped whipping the Kenyan waiter at Chez Wou Restaurant in Kileleshwa, Nairobi for allegedly reporting late to work, was arrested after detectives from the Directorate of Criminal Investigations (DCI) raided the eatery on Sunday morning.

In a statement posted on Twitter, the DCI said the detectives also discovered that Hailan, who works at the hotel as a chef, does not have a work permit.

He was arrested alongside three other Chinese nationals; Chang Yueping, Ou Qiang and Yu Ling. The DCI said Yueping and Qiang, who are both chefs at the restaurant, were holding expired visas while Yu Ling, a cashier, was holding a visitor’s visa but without a work permit.

I wish I'd lay my hands on one of them.... Deportation will not make them, chinkus, know/understand how we, Kenyans, want to be treated...again I say, let's take it upon ourselves to teach them, foreigners, how we want to be treated. I mean, speak the language they understand. #@£&¥€!!!

I cannot agree with you more. 🤜🏼

Ask yourself a simple question...
How do Kenyans treat one another?
Other races are watching how we treat each other thus you shouldn't complain when the Chinese decides to cane the shit outta a grown ass man.

@10X, we don't cane our employees... we fire, period.
Men in Kenya fight...hakuna kuchapwa like a school boy; them days. Defend yourselves....even majuu, the jungus know not to start a fight with a black man....how come the chinkus, zakayos....puney things.. don't know that. Let's show them who we are...

All these crooks have a wrap sheet of immigration violations and offenses.

Put all of them in Kamiti Maximum Prison! Feed them Noddles and a bowl of Wanton soup once a day. Let them rot there.

Deporting then back to China will give the a free ticket to freedom upon arrival to Beijin airport. Just give them some home grown justice in a Kenyan prison!

Thanks to video cameras. The chinese Iam sure would have disputed the witness account,which are prone to witness intimidation.Not to mention bribe.Thanks to the camera man.
@Maina, you are being generous with your diet to these criminals.I would have them eat what the rest of the jailed fellows eat.And that is, cold ugali cooked with rotten floor, sukuma half cooked,with worms floating in them,beans that you can count on your fingers submerged in saltwater.

@maxiley - wow, I though I was being tough with the recipe! Surely, I will have them take your recipe any day. I can just smell the uuufu in it already!

Kenyans, it's 2020. The energy has shifted. God's power is on your side. Do not allow anyone to treat you like a slave in your own country. You have the energy and the power. Also treat fellow Kenyans with ultimost respect. That is what that energy is calling for. Respect your country and your people!!