Renowned Scientist Dr. George Njoroge Returns from the US to Start Sh20 Billion Project in Kenya 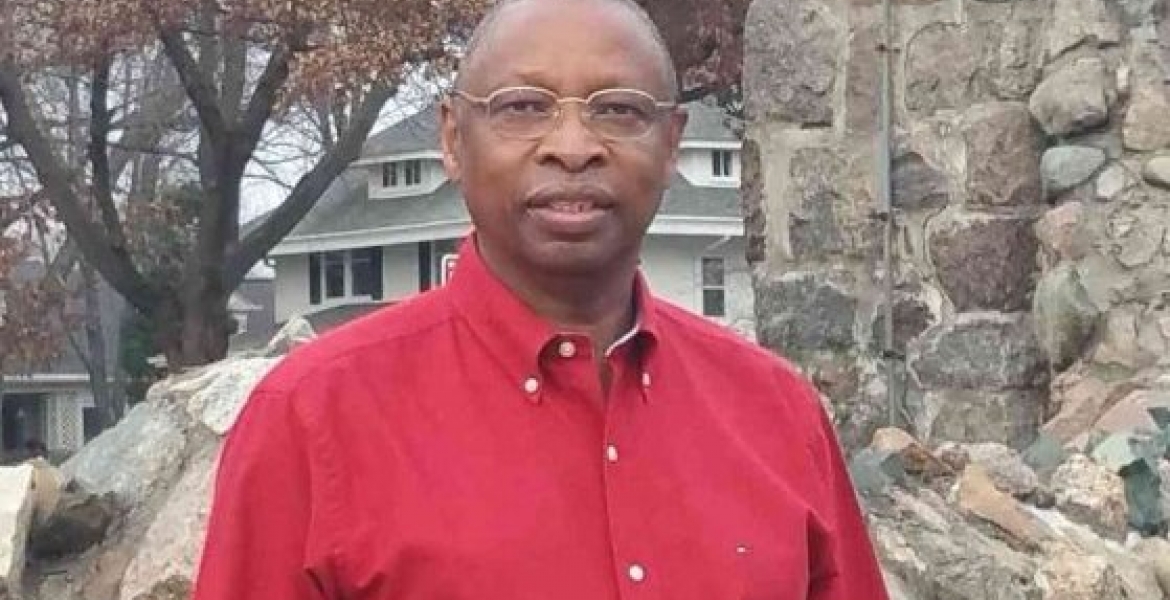 After quitting his job in the US last December, Kenyan-born researcher Dr. George Njoroge has begun setting up a mega drugs production plant in Kenya.

The facility dubbed Centre of Africa’s Life Sciences (COALS) will stand on a 400-acre parcel of land in Naivasha, Nakuru County and has a starting capital of Sh20 billion.

Dr. Njoroge told Sunday Nation that the project is expected to create 10,000 employment opportunities. The facility will boast features such as hospitality, convention and leadership center, innovation village and botanical gardens, drug manufacturing plant, university of life science, college of pharmacy and a cancer research and management center.

“We have already started the work, which is building road networks so that the project can start immediately,” said Njoroge.

Dr. Njoroge worked as a senior research fellow at Lilly and Company in the US but he resigned in December 2019 to undertake this project. He is credited for the discovery of anti-HCV viral drug Victrelis' (Boceprevir or SCH 503034), a therapy for Hepatitis C treatment.

“We intend to establish an enterprise where top scientists across the world and their entrepreneurial counterparts will converge to foster a relationship that will culminate in innovating the best life science products that will benefit humankind,” Njoroge stated.

The facility will have a 1,000-seat convention center and a first-class 300-bed five-star hotel where visiting scientists and their guests will be accommodated.

The main aim of the plant is to manufacture drugs that are in great demand in Kenya and other parts of the continent at much lower prices.

“This is a model that has worked in other developing countries like India and China and we expect it will work as well in Kenya,” said Njoroge.

Dr. Njoroge, who has worked in the US for 30 years, has more than 100 US-granted patents for his work in cancer and immunology. He also has 130 publications in peer-reviewed journals.

A topographic survey and planting of 100,000 hardwood trees including eucalyptus, grevillea, and bamboo have already been done on the land.

Njoroge, 66, was born in Kiambu and holds an undergraduate degree from the University of Nairobi and Ph.D. in organic chemistry from Case Western Reserve University in Cleveland, Ohio.

In 2012, Njoroge was inducted into “Hall of Fame” as the Hero of Chemistry by the American Chemical Society (ACS). He has won several awards among them the Emerald Award for Professional Achievement in Industry and the Thomas Alva Edison Patent Award for Emerging Therapies.

Dr Njoroge is capable of pulling this mega project. He gave me the initial concept and its quite impressive. This is like silicon valley project. Go Appolo. You will help many.

Kindly advise him to exclude bluegum trees from the farm. They degrade the land. We have enough indigenous trees that can be planted. Am even volunteering to help in that field. Otherwise kudos for the project 👌👍

That tree is not mentioned anywhere in the above story

Hi, my name is Allan Owino, a news anchor and producer at TV47 in Kenya. Could you kindly pass me Dr Njoroge's contact, I would to host in on my show this Thursday for a segment known as Returning Diaspora .

Kwanza toa kitu kidogo before u bring that nonsense here ...

Big kudos! for using your knowledge and ability to invest in Kenya. Great men like you not only pave way for greatness in Kenya but are a perfect role model to the upcoming generation.

Looks good. I hope they will not harass him like Keroche Breweries.

Who cares about what keroche makes. Do your search. The biggest heart and liver killer I'd their I'll regulated product.

Good job bro, keep going and blessings are behind you. We're together.

Guest, don't you have something tribalist to say about this? Find a way to spin this into a Kyuk, Kalenjin and/or Luhya from Houston issue...

Just trying to understand this. In roughly 23..24 yrs in the US(averaging that 6 were spent in College), the brother amassed $200M in savings? Is he selling off some kind of a research Corp to get that kind of capital? Even DT I don't think has that kind liquid cash.

@Mkenya, are you serious or in your world credit is for fools? What do you think credit worthiness is for?

Kikuyus and Kalenjins need to keep the rest of us out of their plans.

Mkenya, when it comes to money, if you don't have it, don't assume that other people don't have it, too. Maybe Dr Njoroge invested in Google when it was a startup, while you were making your dream investment of mburoti. Go, Njoroge, go.

or maybe he has a line of investors behind the project - just a thought :-)

@formerylyguest2...
am sure he has investors..big research projects like this have donors and investors

I have always insisted here that east or west home remains the best option n may the diaspora folks get it.Dont wait mpaka ur 66 huko majuu if u can ran b4 50 yrs please do n return hone sweet home.I know the doctor use to meet him around newjersey area those years in states!Daktari karibu in my farm n enjoy cheese/maziwa mara/bbq.How i hope this projects succeed.

@ mkenya halisi,
are we invited too to come dine at your farm if we come back home or we have to have big projects to mingle with ex-diasporians like you

This is amazing stuff!! being in the diaspora, am very proud seeing a Kenyan creating jobs back home and has amazing accomplishments.All the best to you sir, you are building a great legacy and showing us the young folks it can be done.

and what took him that long to start such a project... with such great brains, this is huge for our kenya

What project have you started yourself if you were that smarter nkt!

Such huge projects need a lot of research and resources to implement. Timing is everything lest you start a flop and in this case for the start-up of $200M it is not a simple project.

Fanta, he waited until the time was right to make his move. The right time is not the same for all of us. KFC guy waited until he was 66 years old to start the KFC brand. ***And no, you don't need such mega projects to hang with ex-diasporans. But you must employ a minimum of 10 Kenyans full time. Don't land and start looking for a job. If you need a job, get one there, unemployment rate is 3.5% before Covid-19.

Kudos. I can envision this being a research site for many global drug companies. I will visit when in 254.

Why Am I skeptical? Though a great idea, him splashing the news of a 200 million Dollars before they even have a working website or acquiring land leaves one wondering if he is aware of the sharks lurking in Kenya's socio-economic fabric. But I wish him well.

We have already started the work, which is building road networks so that the project can start immediately,” said Njoroge.

@Fanta am a very easy going gikuyu young man.Mali yangu hauwezi maliza n am down to earth dude so karibu.I love to encourage my diaspora folks to return home asap aslong as umenjenga kanyumba kako naumesave kakitu then u can hussle.

MZEE MMOJA what about this - We have already started the work, which is building road networks so that the project can start immediately,” said Njoroge.

The last great investor from majuu, Dr. Kigora or something, got conned big time by none other than Gideon Moi and Nick Salat. I dont know if he got his money back! Kenya ina wenyewe!

I'm impressed with this.... Dr njoroge we are happy you decided to bring this to us..... Karibu Sana nyumbani.