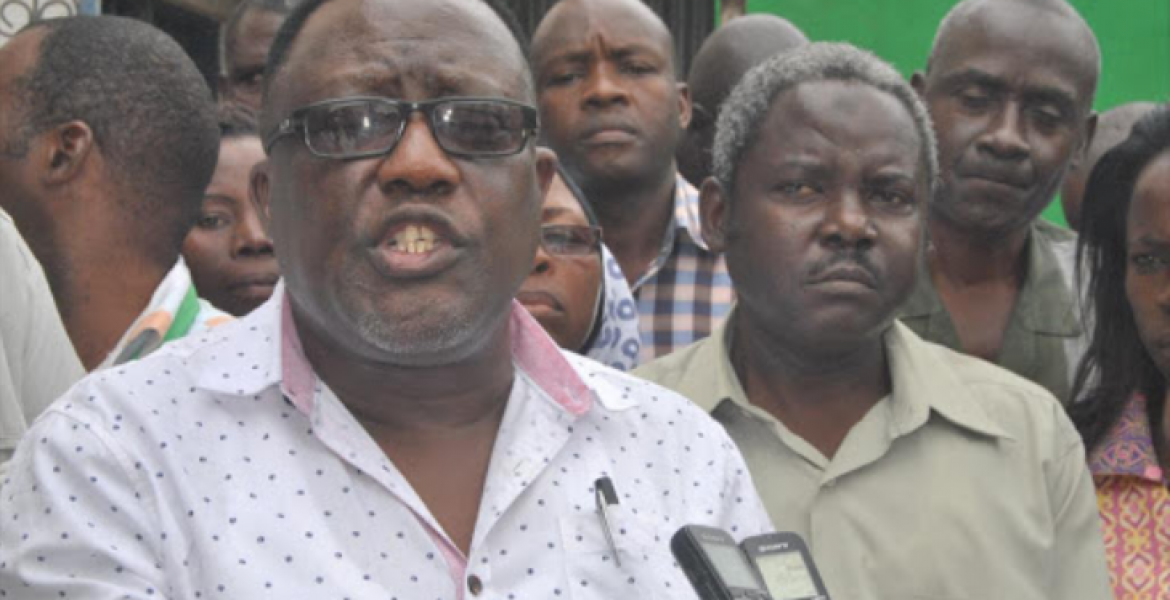 Kilifi Deputy Governor Gideon Saburi was on Sunday arrested and put on 14-day quarantine after he allegedly refused to self-isolate having returned from Germany.

All travelers returning from abroad are required to undertake a mandatory 14-day self-isolation in line with safety guidelines issued by the government to combat the spread of coronavirus.

Kilifi Health CEC Anisa Omar confirmed Saburi had been placed in isolation after he allegedly ignored an advice to self-seclude.

A senior county official who spoke to Daily Nation on phone declined to give further details on the incident.

“It is true he failed to put himself in 14 days quarantine but I cannot discuss more on this through the phone,” the official said.

He was reportedly taken to an isolation facility at the Coast General Hospital together with his driver. His office was also fumigated.

Saburi is said to have interacted with residents, shook hands and even hugged them after his return from Germany. He is also alleged to have attended a number of funerals and barazas, thus putting many people at risk.

But Kilifi South MP Ken Chonga has come to the defense of Saburi, saying he went to the hospital after he landed from Berlin and was given a clean bill of health.

“He told me that when he landed from Berlin in Germany for an official trip, he took himself to Mombasa hospital where he was admitted for three days, [had] medical check-up and [was] later discharged after doctors ascertained he had a clean bill of health,” Chonga told Daily Nation.

“He says his status is perfect. He doesn’t feel anything unusual. He is sure the tests he has taken for the second time will put the record straight on his Covid-19 status.”

Do what is right deputy governor! It is not only about you; it is about inflicting suffering to the general public - get yourself in isolation to protect others!

It beats logic that someone who is a representative of people is oblivious to the risk he is putting other people in. Covid 19 is not a joke.

Thus n m an should never be voted into the office again! He has demonstrated his uttermost selfishness for not quarantining himself; put so many others in danger.

He is like a dude had rabies and decided to bite 300 people before he died. He needs to be charged for spreading a Corona virus knowingly.

ON ARRIVAL, isolate/quarantine yourself first for 14 days; unless of course you have symptoms.
It's USELESS to check yourself into a hospital if you don't have symptoms..the INCUBATION period for this virus is 14 DAYS ...so TESTS will not pick anything at this time.
It gives me shudders...ati he was out mingling and hugging people.. the ripple effect of his misinformation can put Mombasa on it's knees - GOD FORBID!