Kenyan Man Dies in a Car Crash After Stabbing Wife in Richmond, Virginia 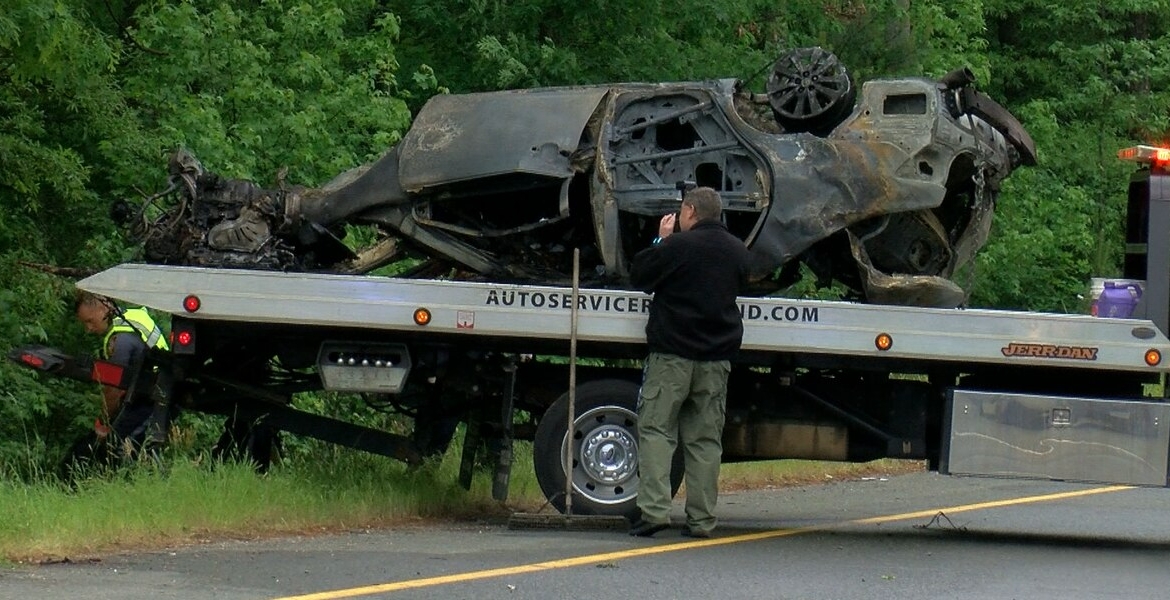 A Kenyan man died after his car crashed and caught fire in Richmond, Virginia on Wednesday. The man identified as Wa Martin was fleeing his home in Richmond after he stabbed and badly wounded his wife following a confrontation, according to reports.

Henrico police went to the 2300 block of Fon Du Lac Road at around 8 am Wednesday following a report of a victim with traumatic injuries, NBC12 reports.

The victim, a woman whose identity was not revealed, was rushed to the hospital in critical condition.

An hour later, officers were called to the Exit 177 ramp on I-64 West for a report of a vehicle on fire in the woods. The burning car was found in a wooded ditch, with Henrico firefighters using foam to extinguish the fire.

It is claimed the car was being driven at a high rate of speed when it veered off the highway and landed in a ditch before catching fire.

Police said the driver of the car was the suspect in a domestic incident where a woman was found with trauma. The man later succumbed to his injuries.

Waah this women will push you to the edge. Now the man is dead. So sad

How did you know who pushed who to the edge? Were you there?

Good question. We are always very quick to judge.

Wow. How fragile are you? Only an abusive coward resorts to violence. How dare you justify this.

When a woman Abuses and kills a man Emotionally: That man's Dead emotions Kill or even die with the Abuser (when Push comes to Shove).

Why does it have to be a woman pushing a man? It could be either way, sick and tired of men defending wrong choices made by fellow men only to blame women on everything. It's a shame and soo lame.

This Covid19 will make or break

The struggle of power to control is so real in marriages.

This worsen specifically when a women starts earning more than you or has a bad influence around her.

It goes both way. Some people cannot be able to handle a woman who earns more than them. Insecurity.

It's vise versa: Some women cannot handle a man who earns lesser money. I call them Ngold-ndiggers.

Where in this article does it say ANYTHING about a visa? People will always jump to THEIR conclusions or explanation. These comments are opinions not facts, there shouldn’t even be comments on this.

Power to control - why would there be "control of a person" in the first place? If you marry someone to control , then you deserve what you get in the end.

You said it better.

RIP to him, and quick recovery to the woman involved.

My old friends in east coast, we have divorce court so that you can go separate ways after marriage fails. Don't hurt anyone, just pay child support. Chapeni madouble!!

its easier to walk away than get yourselves in such situations. It is not the end of the road. If the marriage is not working walk away...May be it was not meant to be...there is someone for somebody out there. It doesn't have to end this way.

I have come to realize that we immigrants marry for many reasons, and rarely the right ones. Convenience, steady sex, bill-helper, keep up with the Jones’, loneliness...and man, do we break up or do we break up! The men have no sense of decency, chivalry, or respect; its like they have something to prove; and the women are like they all cane from Eastlands. They think they have arrived! Maybe it’s true, intelligent ones go to the U.K. or stay home or study and go home to achieve. Hahaha! Ok, Vivian, Terri, Rita and my other shemale minions...take it away!

Your first sentence made sense , then I lost respect when you said they all came from "eastlands". If you came from anything else than Eastland, you would probably be home running your Karen rich family empire unless your are the black horse of the family so shut your pie right there.Intelligent ones go to UK, oh riight, I met many useless UK folks there too. How many of those "intelligent" ones have been cited as deans, pharmacists, council men and women there in comparison to Kenyans in US. And my name is shemale anonymous - go jerk off now

These comments are so mislead by this vast description. Why comment if you personal don’t know the story?

Sad state of affairs. Can anyone say divorce court??

Even with divorce: Child support follows; and 99% of Payers hate it (and some very few would rather Homicide or Suicide than live through it just like that).

People are just speculating and hurling insults at one another.

Instead, go to https://www.gofundme.com/f/the-chege-family?utm_source=whatsapp-visit&u… and help this family in their hour of need.