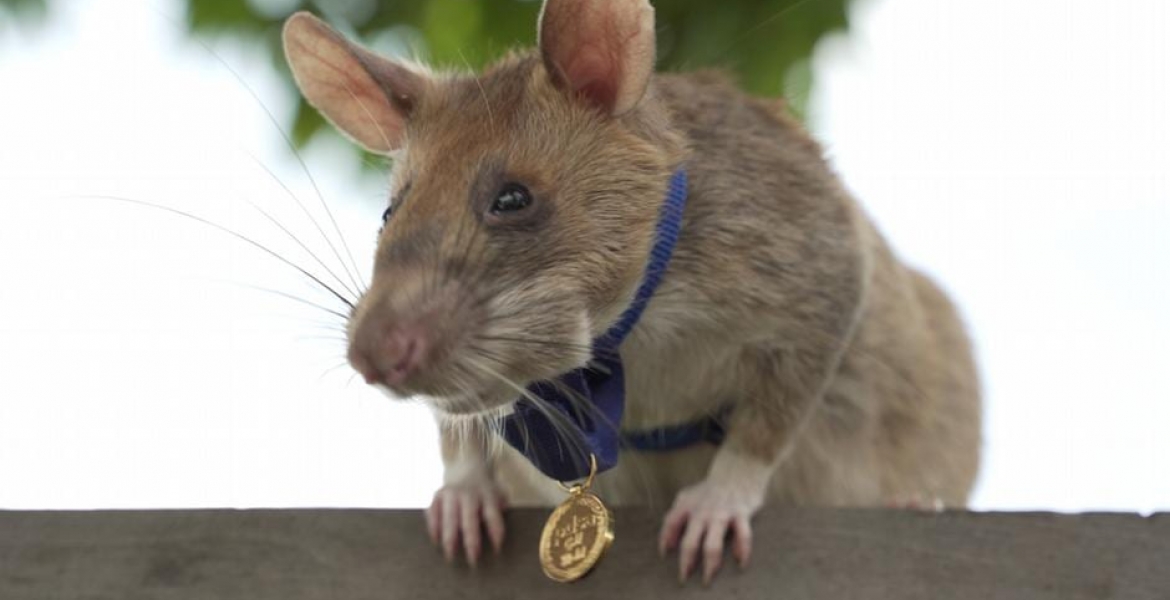 An African giant pouched rat from Tanzania has been awarded a gold medal for his prowess in detecting explosives in Cambodia.

The five-year-old rodent named Magawa was conferred a civilian award for animal bravery by the People’s Dispensary for Sick Animals last Friday, The Associated Press reported.

The honor is equivalent to the George Cross, an award bestowed on British civilians or soldiers who perform acts of the greatest heroism or for most conspicuous courage in circumstances of extreme danger.

For the past five years, Magawa has discovered 39 landmines and 28 items of unexploded ordinance, clearing more than 141,000 square meters of land, thereby making the region safer for people.

The rat works with APOPO, a Belgian organization that trains rats to find land mines. It is estimated that at least six million land mines were laid in Cambodia since 1970 and three million are still unaccounted for, posing a risk for locals.

Cambodia, a country in southern Asia, has the highest number of mine amputees in the world with over 64,000 people having sustained mine-related injuries since the 1970s.

Trained rats have saved the lives of many people by detecting landmines. Magawa uses his sense of smell to locate land mines by following the stench of the chemicals used to make the device.

Once he finds a landmine, he signals the exact location to a handler who then detonates the explosive safely. Rats are preferred as they find the landmines faster and are too light to detonate them.

So so dumb, whats a rat to do with that award. Give it some cheese dude.

Exactly! I also thought this medal thing is only valid in the human world. Some ripe bananas for life, is all the rat is looking for.