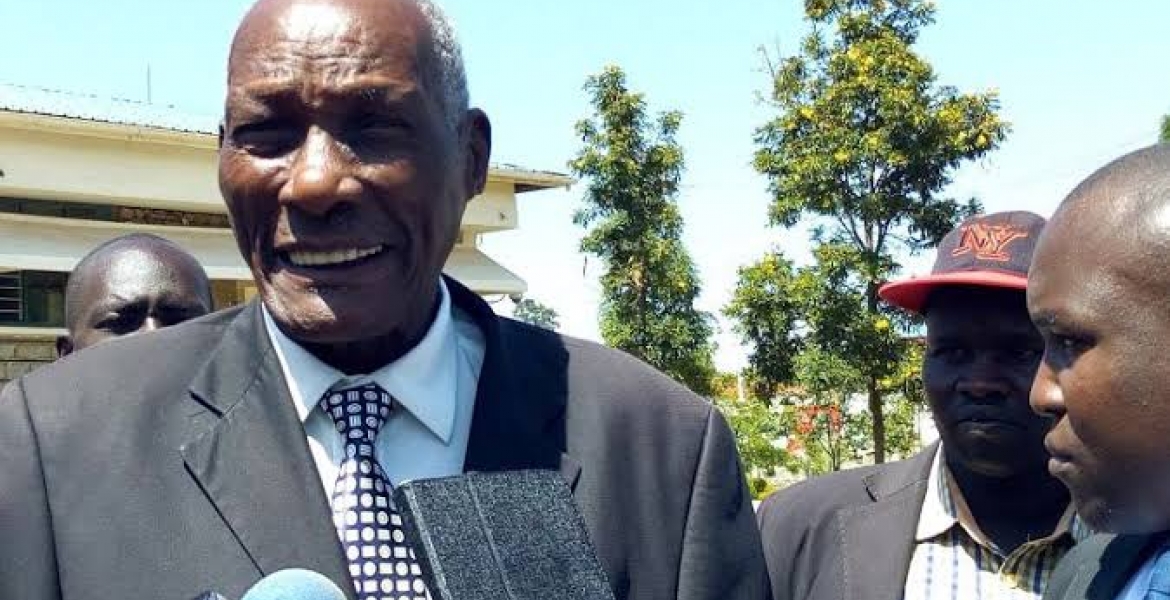 Controversial Eldoret tycoon Jackson Kibor says he has finally reconciled with his wives and children.

Kibor who has grabbed media headlines in the past few years over court battles with his wives and sons said he is ready to distribute his Sh6 billion estate among them.

The 86-year-old former politician has 26 children, including 16 sons with his four wives, one of whom has died and divorced two.

The court allowed him to part ways with Naomi Jeptoo and Josphine Jepkoech in 2017 and 2018 respectively for deserting their matrimonial home and mistreating him.

In a recent interview with The Star, Kibor said his past was horrible but he does not regret since it made him who he is today.

“My background was horrible but that is in the past and I have no regrets because that life made me who I am today,” Kibor said.

Having seen it all in life, the large-scale farmer said he is ready to die peacefully and asked his family to remain patient as he decides how to distribute his wealth.

“I will only give them wealth as I wish,” he said, adding that he is still healthy due to regular exercises and revealed he takes a bottle of beer weekly.

In May this year, Kibor won a court battle for a 2,000-acre piece of land against his six sons. Justice Antony Ombwayo ruled that Kibor was the rightful owner of the land located in Soy Constituency and ordered the sons to vacate within 150 days.

The court further allowed Kibor to subject the six sons to a DNA test before sharing the land to them. He maintained that he never married their mother and doubts whether they are his biological sons.

DNA or No DNA: WaKora😎😎😎 wasipate Kitu; waKweli😳😳😳 wapewe. And I am glad it seems like he Worked hard for his Money; not the likes of Ruto, Chesire, Biwott, or Moi.

Wrong. Some brief history. Kibor "doesn't seem to have worked for them". He is, like Moi, one of KANU era thieves, land grabber, and above above all, one of the highest category of hate-mongers, Moi trusted general of the so called ethnic clashes or ethnic cleansing, and the story on. Jackson Kibor, like Nicholas Biwott, Laboso, William Ntimama, Sharrif Nassir, William Ruto, Raila Odinga, Lotondo, Kones, Bargetuny, and several other KANU warlords, were behind the 1983, 1987, 1992, 1997, 2002, 2007/08 mass evictions of specific communities from parts of the rift valley. Ask your a simple question? Why has it been so hard for you to own an eighth, a quarter, an acre in Kenya? And how comes one individual could own thousands of acres of land while millions are either landless or homeless? Like the Kenyattas, Koinanges, Mois, Kihikas, Angaines,Odingas, Nyachaes, Ntimamas, Mathenges, Njonjos, etc, they grabbed thousands of acres from the white highlands by kicking out white sellers through a 48 hours notice. And some of these characters used land buying companies to accumulate members shares purchase to slice tens of hundreds of acres for themselves and relatives. Like the above-mentioned characters have died mysterious and painful deaths due to the cries of all manner of injustices, I pray that the remaining masterminds of abject poverty in Kenya will not follow the same route.

You say you "pray that the remaining masterminds of abject poverty in Kenya will not follow the same route." Why not if they've put many in abject Pain and Poverty?