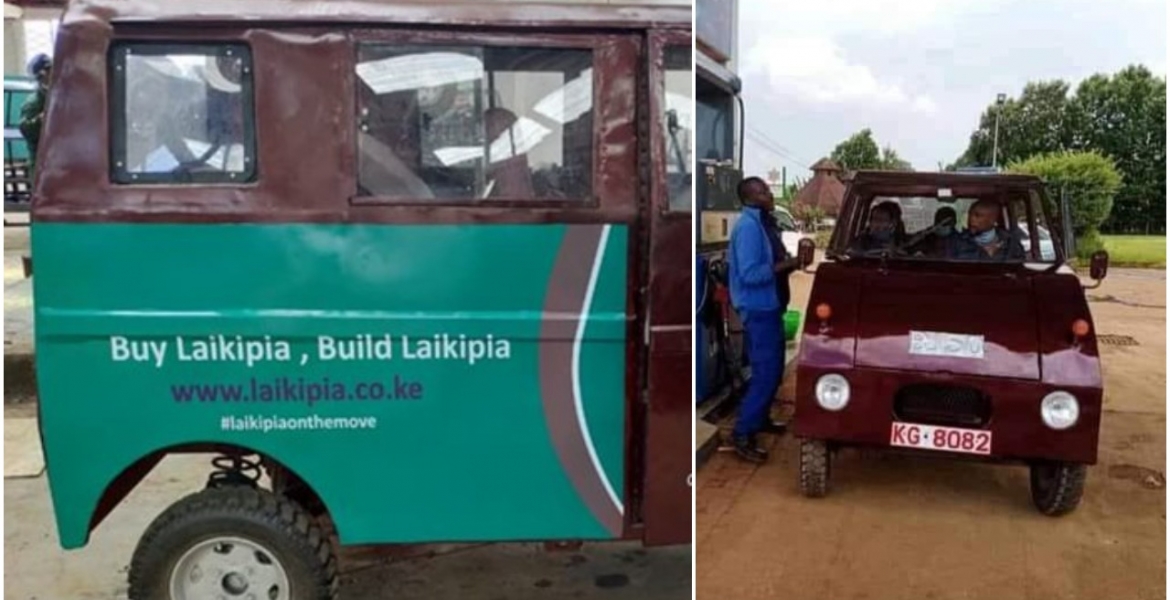 The Kenya Bureau of Standards (KEBS) has approved the mass production of a Kenyan-made car dubbed BJ50.

Samwel Njogu, the brain behind BJ50 said they received the government’s go-ahead following scrutiny of the vehicles.

Photos of the BJ-50 car went viral on social media in March 2019 when Laikipia County Government exhibited it at the Devolution Conference in Kirinyaga. 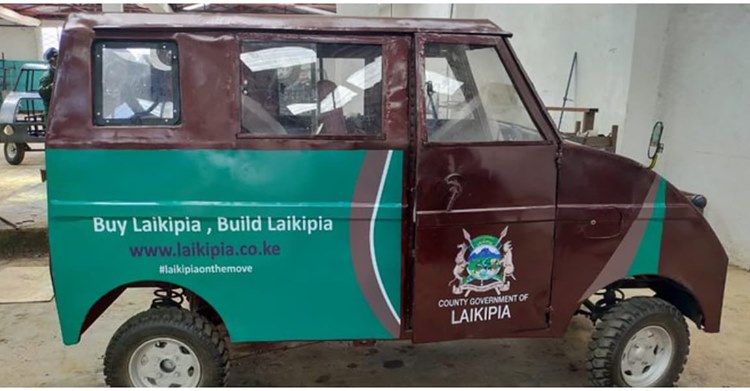 Speaking to Citizen TV on Tuesday, Njogu, a 39-year-old self-trained innovator, said his dream of manufacturing a vehicle has come true after the project was approved.

"I had a dream of creating my own vehicle one day. I can now say I have achieved it. We have gone to all government agencies and they have approved it. We have also been issued with number plates," he said, adding that Kenyans fear boarding the vehicle due to its make.

"People fear boarding this vehicle. I implore them to be determined and courageous and appreciate our own. We can also innovate just like the Whites if we believe in ourselves."

The government has partnered with Sagak Auto Tech to initiate the mass production of the vehicles.

The car goes for Sh450,000 and has a capacity of seven passengers.

Are you for real afadhali Nyayo one

@Mashaka. This is embarrassing. As kids we used to build better looking "wire" cars and that was in the 80's!

Njogu my man am sure ur ass has been in a new era modern car thus can tell ur piece of shit is a junk. Feed the people with that money as tjis junk ia a white elephant.

Safety first if this thing was to have an accident nobody can be identified.

'The government has partnered with Sagak... to initiate mass production... ' shs 450k for a wheelbarrow with an engine? Who will buy it, instead of a real car? It looks as if the GoK has found a new way to waste public funds.

I’m all for innovation and support of local talents and entrepreneurs but everyone knows this vehicle is not safe. If it was to hit a deer, the deer would walk away with just a scratch and the car would fall apart like lego pieces. Question is, can it even pass a crash test? Have they even don’t a crash test to see how it will respond. Probox owners will not be laughing stock anymore.
I think Mr Njogu has a great thing going on here but government should not allow these “vehicles” on the road. Talk about more fatalities on the roads. Improve the infrastructure first before allowing not road worthy cars on it. Sometimes I wonder how the Kenyan government officials function. It’s a trial and error society. Support Njogu innovation but don’t allow these “vehicles” on the roads.

Did it pass KBS checks, then our standards must be very low, Mahindra were bad but not as bad as this piece of crap.

This shit is an eyesore. Go back to the drawing board.

We start somewhere and grow. Remember when you could not wipe your kimira? What happened you grew up and learned how to apply makeup. So leave this guy alone he may come up with the next Prado only time will tell. Where there is a will....

True, but does it have to be the dawn of the 20th century? On the other hand the possibilities are endless- the wheel, the phone, the airplane, radio, TV and much much more all there for reinvention. Kenyans came up with M-Pesa a hugely successful and useful app. This "car" is a step backwards

If the car is unsafe, don't blame Njogu.Have a beef with KEBS.

We have passed this stage. You do not reinvent the wheel. You improve what is already there. This is taking people back to stone age.