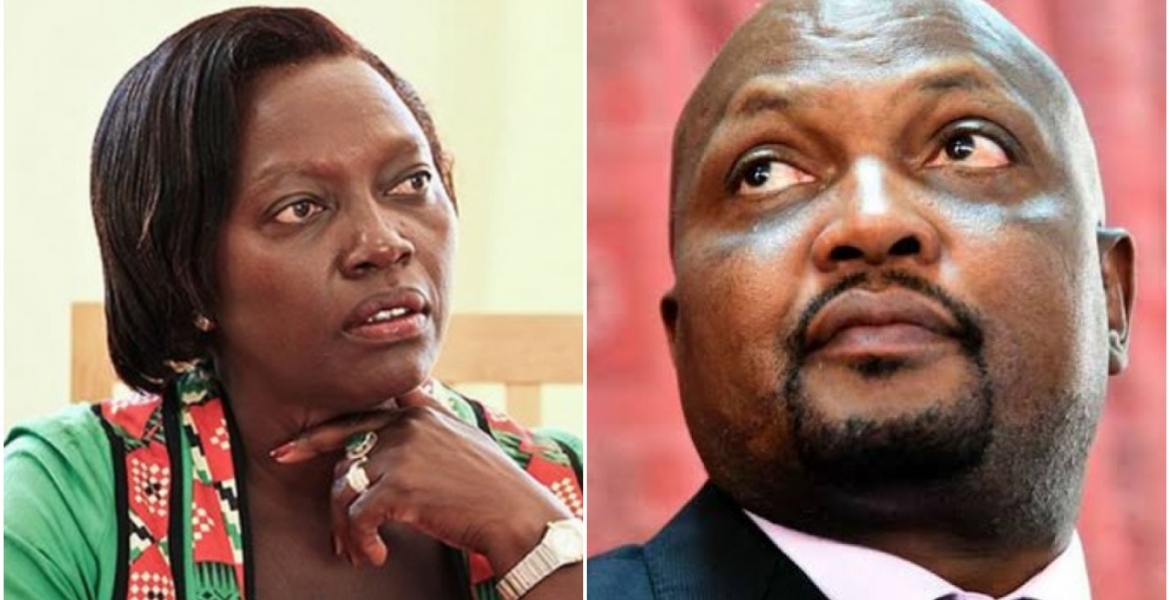 Karua was awarded the amount by the High Court in Nairobi in 2017 after she sued MP Kuria for defamation.

Kuria had accused Karua of procuring fake witnesses to fix Deputy President William Ruto at the International Criminal Court (ICC), where he was facing criminal charges related to the 2007/2008 post-election violence.

"This is to command you to sell by auction after giving 15 days prior notice by afixing the same in the court house," Karua said in a letter to the auctioneering company.

Karua told the court that the MP repeated the same allegations at Parliament Buildings despite her demanding an unconditional apology from him. She was demanding Sh20 million from Kuria in damages for defamation.

"The claims are scandalous, malicious, unwarranted, and lowered my dignity among right-thinking members of the society,” she said.

Kuria did not defend the suit.

Yea! A hungry plastic lady who is selling a man’s underwears to collect some chunk change! This woman has lost the uufoo of the century! Whatta is she gonna do with kuria’s inner wears?? Smell them for some sexual gratification? Please!

That's too mean and unwarranted

Money is the root cause of all evils! Karua is simply one of the evils behind money!

Greed will take Martha to the gates of hell! DP Ruto taught Karua very well about the deep appetite for the ill gotten money! Buckle up for a rough ride Kuria!

Which Mwizi?? They are all thieves!

Kuria lipa pasa za WENYEWE.
This is what drives me crazy.
It's like politicians think that they are above the law. They have no regard for the JUDICIAL system.

The judicial body is made of corrupt elements too. So, it is just the system eats itself from within! Kuria is not an exemption to the rule! I wouldn’t pay either!

Martha just wants a sexual feelings attention from a young punk! She wants no munies!!