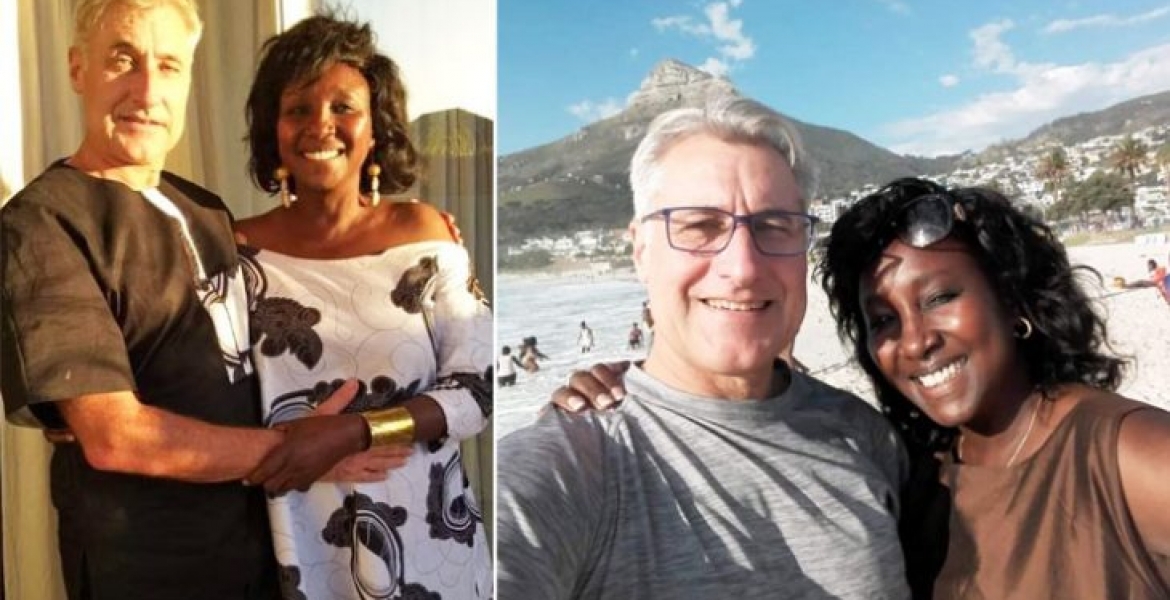 Reports indicate the two exchanged vows in a private invite-only ceremony held in Eldoret on Saturday. It was presided over by ordained clergy under strict Covid-19 protocols.

Sources said less than five politicians were invited to the event conducted in a private venue where attendees were restricted from entering with their phones and only one photographer was allowed to take photos.

In January, pictures of Gladys and his Caucasian fiancé leaked on social media just weeks after her bitter divorce from her former husband Sam Shollei, a former CEO of Standard Media Group.

Gladys filed a divorce suit in 2016 accusing her former husband of neglecting his responsibilities to the family and being abusive.

On January 8th, 2020 a court ordered the dissolution of their 26-year marriage over irreconcilable differences. Gladys was granted custody for their two children and allowed to keep their Kitisuru property and their Uasin Gishu farm.

Gladys, a lawyer, previously served as the Registrar of Judiciary before she was fired in 2016 over allegations of insubordination, misconduct, and financial impropriety.

She was elected to Parliament in 2017 as the Woman Representative for Uasin Gishu County.

This is not news tafadhali. She married a man, not a race. Geez

She’s not bad looking at all even after 26 years of marriage. She can get it. Do your thing girl.

So after 26 years of marriage, women are not supposed to be good looking?
You must be young,or beat driven...Usually,after that long, other attributes take precedence, otherwise all married women with surging breasts and wrinkles would be replaced,by youghful ones.
And of course men have there downside effects of aging as well . Notably unability the inability for Sir.Erector to salute on command.

You sound angry. Let’s discuss that first. Yeah, I’m young and you must be old. What’s the best thing about being old, like really old?

You are stooping over walking with the help of wooden walking stick and you dare call yourself young @kk?

Secondly your shriveled stuff does not even respond to the warmth of your forced urination, and you have the audacity to open your slick Willey 👄 mouth? What a shame!!

Your stooped over body posture denies you the looks of youthfulness!!

Ha! ladies and gentlemen, this is the true definition of gibberish. @akinyi, in the words of Chris Tucker, what the hell did you just say? Ha!

Maxiley, if man fails to salute on command, you get your toe sucked by your partner, just like that Republican man... Forgot his name