Francis Atwoli Dispels Reports of Being Currently Hospitalized in Germany 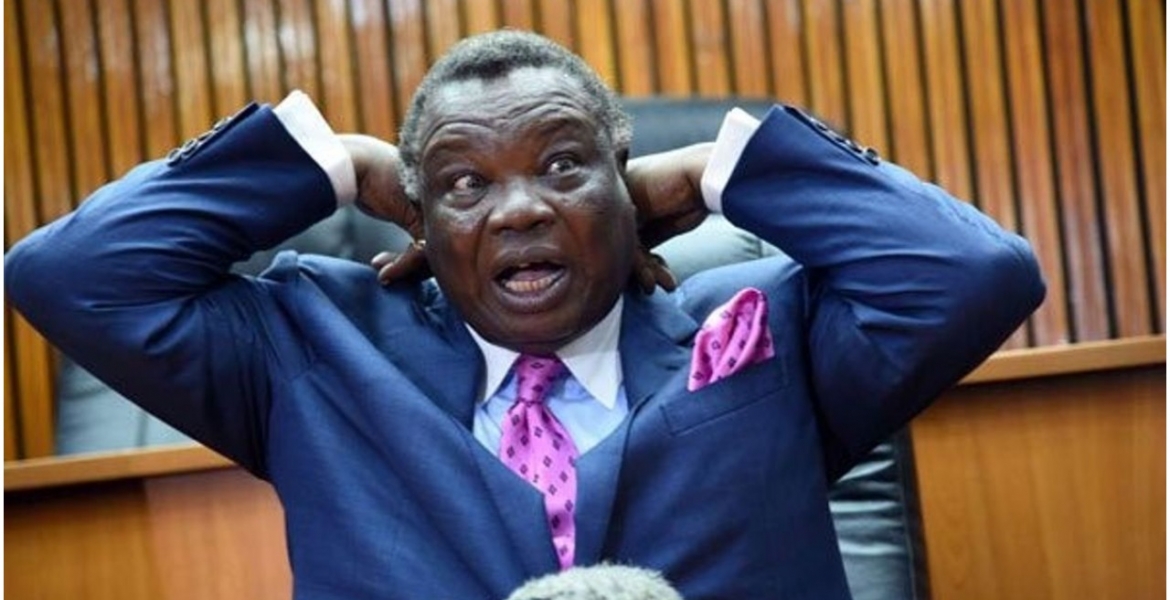 Central Organization of Trade Unions (COTU) secretary-general Francis Atwoli has reacted to reports that he is currently hospitalized abroad.

Rumors circulating on social media alleged that the vocal trade unionist was flown to Germany over the weekend for specialized treatment. It was further claimed that he was in critical condition.

Atwoli through Twitter stated that he is in good and perfect health and urged Kenyans to disregard such propaganda.

“Avoid the propaganda circulating on social media platforms that I have been airlifted to Germany for treatment. I am in good and perfect health and busy executing my duties as entrusted by Kenyan and African workers,” he wrote.

The rumors about Atwoli’s health were fueled his silence and absence from the public limelight.

Earlier this year, Atwoli was also forced to clear the air after reports that he had been infected with COVID-19 emerged on social media.

“Let us avoid sharing fake news. Considering I am a person of interest, I will make it public if I were to get hospitalized. It’s God, the one God I pray to, who takes care of me,” he tweeted.

Atwoli, in fact you look very sick. Look at that picture of yours. If your not in Germany, get to the nearest referral hospital and seek help. Besides, when were you ever ok anyway? You've been busy propagating BBI nonsense instead of fighting for the workers whom you screw up pretending to be for their well being. You wear precious metal finger rings on all of your ten fingers like a pimp when the workers you claim to fight for are abused and enslaved daily by your greedy capitalistic goons. You and your BBI dynastic corrupt gurus are not there for Waniku but for your own selfish end.

It pays to be a big old fat fart mouth, sometimes!

Kenya we have a problem.Why have we created aculture where by high profile members of our society, especially politicians are treated like they are beyond human suffering?.To often we vilify the media for the" breaking news"only to later exonerate them.
Yes sometimes media gets it wrong.But most of the time they are spot on.There should not be any secrecy surrounding human suffering.Lets suffer,and rejoice together as members of the human family.

It is the poor masses who worship the stealing politicians and then the gullible journalist just report it without any merits. So the cycle continues non-stop!

I think those who are suffering (cos not everyone that is suffering) have fully accepted their status and do not see a way out of the panya route. They are eternally trapped!

He should go to the gym instead of BBI rallies