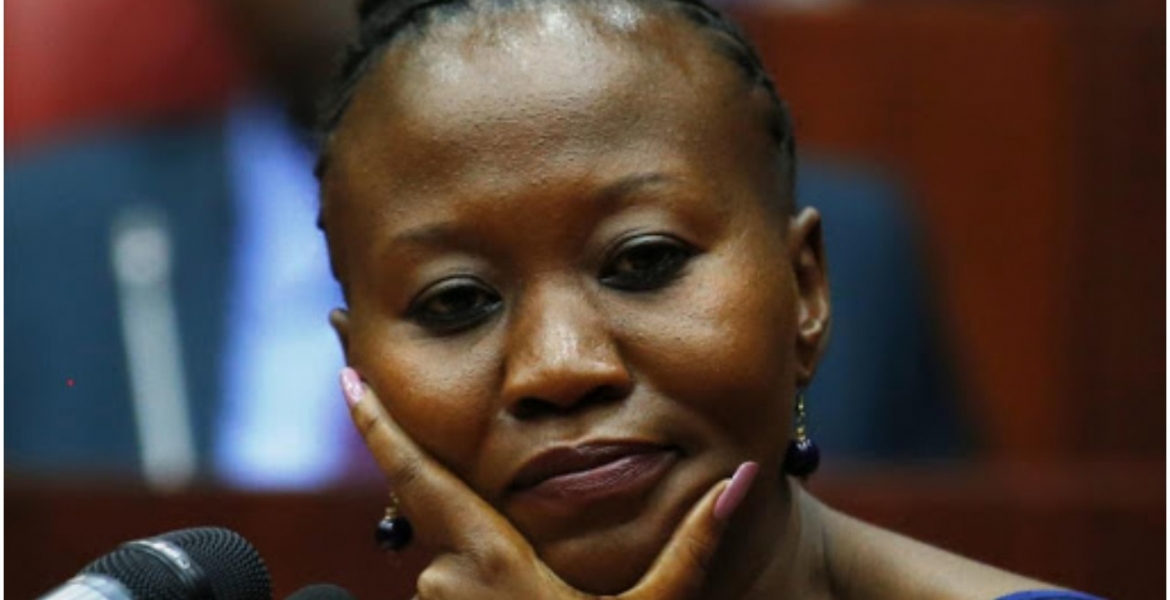 Former IEBC commissioner Roselyn Akombe is under fire from Kenyans on social media after her tribute to slain IEBC ICT director Chris Msando.

On what was supposed to be Msando’s 48th birthday, Akombe penned a moving tribute describing him as a brave man who was eliminated for standing up for electoral justice.

Akombe, who is currently in the US after resuming her job at the UN headquarters in New York, further assured Msando’s family that she will not relent until justice is served.

“And to those who wonder why I remind you of this travesty when you have moved on. It is the least I can do to keep the memory of this hero alive. Until we finally find justice for him and his family. No matter how long it takes,” Akombe tweeted on Monday.

But her message triggered reactions from Kenyans online with some accusing her of hypocrisy and using Msando’s death to seek attention.

@Muthoga_Jay said: “Stop this noise, you don’t gaf about his family coz if you did, you’d have done the right thing long ago instead of seeking attention using his name every time you get a chance to.”

@SekhoRoberts tweeted: “But you have coded the justice buttons, haven’t you? Can’t a quest for the same just begin with you; for the fact that you have details sufficient o’er the same? It’s all pretense if you will bring him to the memory of his fam without helping them scratch the truth!”

Mussa wrote: “Why are you speaking from away??? What will reminding us do to change anything? You were in the IEBC then you were only willing to shout online while you’re away... just keep quiet…your noise is not making any change.”

Msando was found dead in Muguga Forest in Kikuyu, Kiambu County on July 31st, 2017, a day after he was allegedly abducted in Nairobi by unknown people.

His mutilated body was found together with that of 21-year-old Carol Ngumbu, with postmortem examination revealing he was strangled to death.

His abduction and murder came a week before the August 8th, 2017 general election in which he would have played a key role.

Akombe fled to the US eight days before the October 26th repeat presidential election from where she announced her resignation from IEBC, claiming her life was in danger.

A man’s life was brutally taken away and up to today, there’s been no justice. And a few Kenyans want to dim the only lone voice crying for justice! If Roslyn Akombe’s tribute will go a step further towards seeking justice for the slain Kenyan, so be it. Go, Roselyn, go!

Justice will be served When Akombe can learn to tell the truth. She has kept the secrets of Msando’s death for her PR game! There is no genuine sadness in Akombe!

And the truth that you know Akobe has is? Akombe is doing the right thing reminding us about the afia that runs this country. Keep up the good work Akombe.

Akombe is using Msando’s death to benefit herself! You know that unless you are stupid!

Akombe was the “inside job” that led Msando to his death! She i”s the “Judas Iscariot” who betrayed Msando and then pretended she knew nothing! Only fools who have failed to figure Akombe’s mess out. She is guilty!

PR nonsense @akombe! Why don’t you tell the world who killed Msando since you seem to know about it? This women is the worst disgrace to humanity! She does not care how much she has continued to hurt the Msando family by trying to find publicity for herself in the gruesome murder of Chris Msando! Akombe is nothing less than a hyena!!

A human being was brutally murdered and you want us to silently move on. Pathetic!

What have you and Akombe accomplished by making the quelling noise? Nothing! Akombe had something to do with Msando’s murder! Everything she did was quite transactional for her on material benefit.

The only believable thing in Akombe is the fact that she was part of those who killed Msando.

The ghost spirits of Musando’s spilt blood have haunted her for being a partaker in his death! Akombe is a callous manipulator of facts and the events that led to Msando’s death. Let Chris RIP @akombe!

This lonely creature called Akombe thinks people are stupid not to see her insincerity in Msando’s unfortunate murder! Akombe should tell us what role she played in the death of Chris Msando!

Stop opening bitter wounds to Msando family every single year that passes by. You claim to have a PhD but everything that you do is way beneath you and your supposed level of education @akombe! Wise up you silly woman!!

A woman of very small mind indeed; surely Akombe is a retarded bustard!! Akombe set the country on fire and simply left it burning! She ain’t worth the air she gasps - she is a treasonous traitor!

Didn’t Akombe have a kid at the age of 12 years!? It all culminates that she is not the sharpest cookie in the block! No wonder she has no qualms hurting Msando’s family with bitter memories! This woman is a Devil incarnate at the lowest best!

Akombe is a lunatic hypocrite who craves for attention year after year by pricking people’s feelings over the death of Msando. She know a lot more than meets the eye but she won’t end this topic because it keeps her on the limelight!

You HOT heads cease and desist from attacking this woman,if she did not run away from motherland when she did, she would have met the same fate that befallen Msando.Truth INAUMA.

A total liar! Who would won’t to kill a paranoid schessophlenic idiot like akombe? She is worth nothing for anyone to kill her.

Why do folks get caught up in Akombe’s mental games while she is working hard to shield and absolve herself from a crime she fully participated in?

This cunning woman knows everything that went on in 2017. She constantly creates the smoke screen to pretend that she is an innocent bystander! She has clearly studied the real movie secrets of covering toxic scripts by blaming others.

Only time will tell the extent of her participation in the death of Msando! You can clearly see it in her ugly face that she is hiding some very deep personal secrets!