Kenyan Woman Gets Married to American Man She Met on Facebook 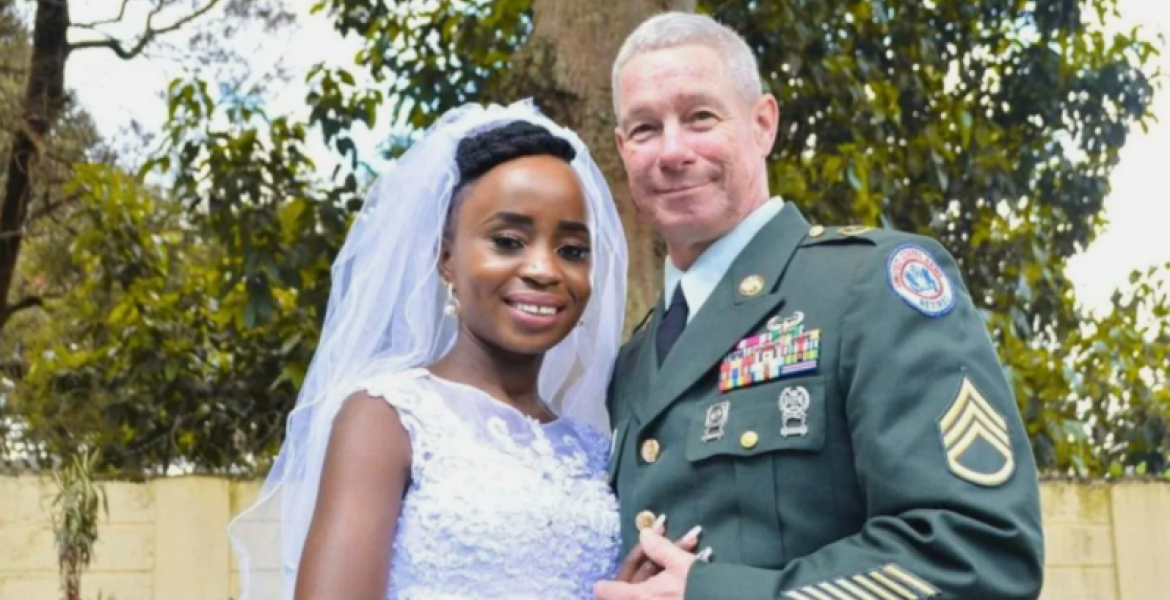 A Kenyan woman has narrated how she met an American man on social media and ended up getting married.

The woman calling herself Anna Wa Nairobi on social media says it all started with the man liking photos of food she had posted on popular Facebook group, Let’s Cook Kenyan Meals.

The man expressed interest in learning how to prepare the meal Anna had posted on the group some years back.

The two started chatting and went on to date online for three years before they agreed to take their relationship to the next level.

“I was working in Dubai, we got talking and fell in love. We dated online for three years," says Anna.

Anna returned home from Dubai in February this year, and on September 29th, her fiancé traveled to Kenya from Tennessee, the United States to meet her.

The lovebirds tied the knot in Kenya two weeks ago on November 8th. 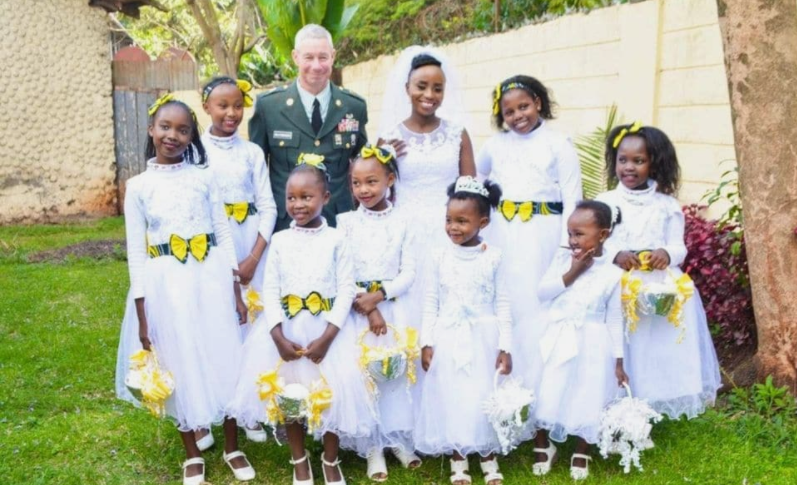 Now wait for jealousy/poop nonsense talk from some Kenyans as Anna wa Nairobi gets a one way ticket to Nashville or Memphis from Uhuru & wife,Raila(although KAMUTI muchawi got from Kaluki Ngilu seems not to be powerful enough) owned Kenya.Anna don't look back or listen to them-WAONGEE,WATACHOKA.

What does Uhuru and Raila have to do with this marriage @menye? They both could care less where a Kenyan woman decides to find love! Needless to say, @ menye you do have some psychiatric problems that a good mganga should help you resolve! You are suffering from so kind of deep insecurities and depression!!

For what reason would anyone be jealous of a woman marrying as old jungu??? He preference, her choice, her life! I think you @menye is the one with a problem. You are just expressing your jealousy in form of a third party!

@LILIAN what diffrence or significance is age old or young if he a gentle...man to her then bless him bless her love they say is blind n beauty in the eyes of the bholder....

The man appears to be in his 30s, that's not old by any standards unless you are a pre teen child. And by the way most sensible women prefer older men, maturity is an attraction to women.

Appears to be almost 50! Look like a crazy American Soilder! They do this everyday in the service! But hope it works out! Well as least she can get a green card!

The man appears to be in his 30s, that's not old by any standards unless you are a pre teen child. And by the way most sensible women prefer older men, maturity is an attraction to women.

He almost 50! He’s in his late 40s! He look like a crazy old desperate American Soilder! That’s all! They do this every day! But hey hope it works out!

Menye - Your level of ignorance is ridiculously uncouth at best! You sound like un-inhabited idiot from the jungles of Congo forest! Ridiculous!!

Don't look back girl...go and go, explore the world

She may look back when she arrives in Nashville, Tennessee in the Deep South and find out how bigoted the white southerners are when it comes to interracial marriages!

she will find a not so welcome in redneckland where black people are not regarded as much..black americans in south will be most puzzled by this.. another naive kenyan falling for greener pastures..

They have a choice to move to another state in the US or relocate to Kenya if they experience any bigotry in Tennessee.
Northeast US states would be a possible choice or Nairobi and other Kenyan places.
Stop scaring the couple folks.
They will be alright👋👋

yeeeeeees go go girl . maybe you are not reading this but we will pray all turns out well. There is nothing in Kenya that can make one stay depending on who you are .

She is a kenyan woman in Kenya doin what alot Kenyan women in the USA n mostly Europe have done n that is side step the young sons, cousins, nephews n wed grandpa or daddy. If its really for old school loving, happy for u, if it a sugar daddy thing, sista get that money, if its for a green card hope ur ass gets thrown out n thats called keeping it real.

It’s not love don’t fool us madam.It’s papers which many in states/uk/Europe have become prostitute buying them bin slept with/getting married as 2rd wives or 2rd husbands calling themselves mungu husaindia mwenye amejisaidia.Kila mtu aishi maisha yake but karma hits u back n guiltyness kills once inside for the stuff u have done.So Wacha lilian anjikaange na kizee she will regret by herself as many have done if only they can come out n tell us.

Despicable for a young girl to be married to an old mate.. if that was an African man it would not be news. We need to stop this worship of white folks. She will now end up being a slave huko in the name of ati Uko na mzungu. Bure kabisa

Soon to realize where you fall in the society...

Good luck to her.Every woman deserves and desires a good man. Marriage is the easy part, culture shock will be the real test.

Anna wa Nairobi congratulations.
You found your love and made the right decision.
Don't listen to prophets of doom who pretend to care and love you by their lips.where were they before you found your love?
Tennessee is a good place with good people.
Enjoy your marriage and take care of your new home.

The comments are funny and a lot of uncalled for nonsense... why are you guys taking panadol for another's headache? You think she had not weighed all you are taking about?... intermarriages are all over.. let them enjoy their marriage... none of us have been asked for an opinion of where they want to live etc... lets mind our own business