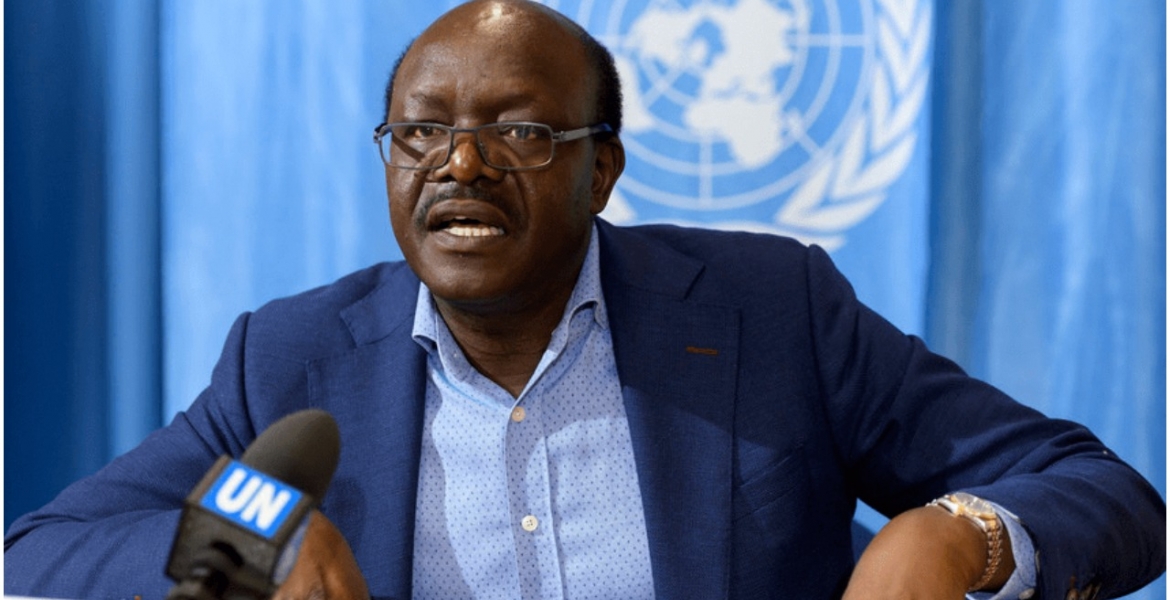 Immediate former United Nations Conference on Trade and Development (UNCTD) secretary-general Mukhisa Kituyi has returned to the country to launch his 2022 presidential bid.

Kituyi landed at the Jomo Kenyatta International Airport (JKIA) in Nairobi on Sunday and proceeded to Makadara Friends Church for a thanksgiving service.

Addressing the press at a Nairobi hotel, Kituyi said he is seeking to use the experience he has gained over the years at the UN to turn around the country’s ailing economy.

“As I come in, I cannot pretend any superior knowledge of where this country is and where it is going. But I have the privilege of standing outside the forest I can see the canopy better than those who are next to the steps,” he remarked.

He further warned that the rising political tensions will negatively affect Kenya’s economy in the long-term, especially now that the country is in transition.

“In politics, if public leaders intensify toxic exchanges it impacts the sentiment in economic investor thinking. One of the weak sides of a struggling democracy is the cost associated with transitions,” Kituyi said.

“As I walk back home, I wanted to the opportunity of my first press conference to urge all our leaders that they can settle scores but don’t settle as lower.”

Kituyi indicated that he will go to his home area in Western Kenya to consult, seek advice and blessings, before returning to Nairobi to officially launch campaigns.

He was appointed as the 7th UNCTD secretary-general in 2013 and reappointed for another four-year term in July 2017. His final term was due to end on August 31st, 2021 but he resigned early to run for president during Kenya’s next election.

Kituyi, who served as the Minister of Trade during retired President Mwai Kibaki’s administration, was Kenya’s highest-ranking diplomat in the UN.

He studied political science and international relations at the University of Nairobi, and Makerere University in Uganda.

My dear Kenyan folk, we do have other alternatives. Stop obsessing over that illiterate god of thieves and the other perpetually losing dinasaur.

Very Interesting, having chaired UNCTAD, I would really love to see how his leadership and political campaigns unravel.

Can he afford Sh100b campaigns? He's a project. His inability to support or not support BBI gave him out during tv interview. He said that mudav line "a safe pair of hands". People dont want safety but a touchdown!!

Kituyi is just another thug-MP who had gone on leave.

My crystal ball tells me that he can be a good president, but we need to see if the tribal voting blocks can give him a chance