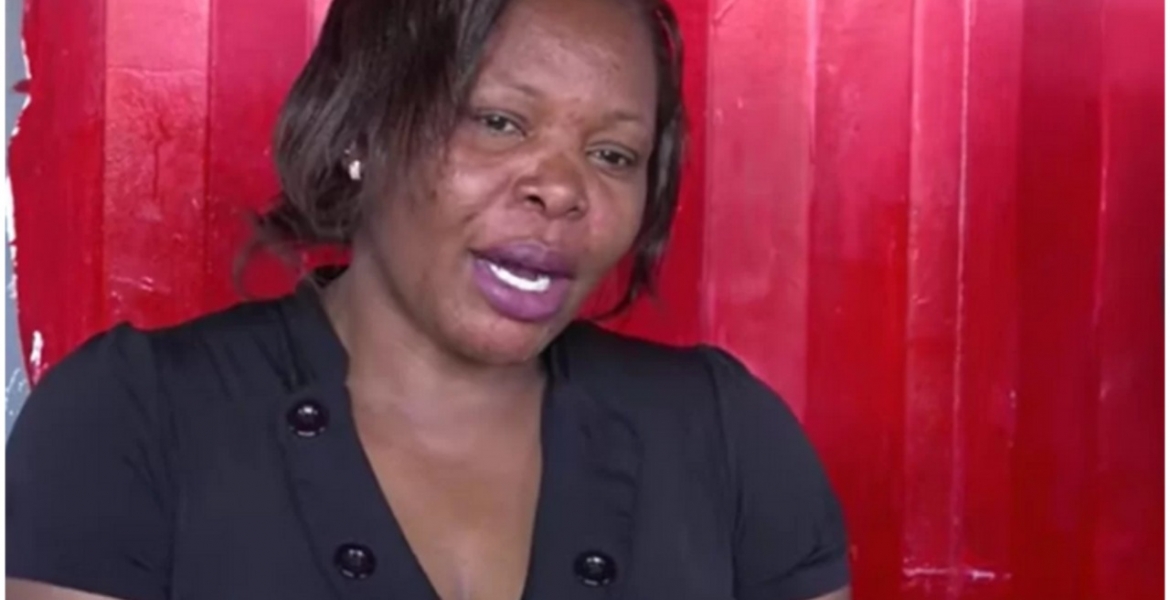 Kenyans on social media have come to the rescue of a Kiambu widow who was dispossessed of her property by in-laws following the death of her husband.

Pauline Wangui from Kirigiti received financial assistance after philanthropist Ndung’u Nyoro organized online fundraising after visiting her and confirmed she is in a dire situation. Kiambu Deputy Governor Joyce Ngugi also visited the widow and gave her Sh20,000.

Kenyans were touched after she narrated how her in-laws dispossessed her of all her assets after her husband succumbed to COVID-19 last year.

Shortly after her husband’s death, the in-laws forcefully took possession of the house, land, and cattle she had acquired together with her spouse. Pauline now lives in a rental house in Kirigiti area and is employed in a salon.

“My husband died on a Saturday. On Sunday morning, his three brothers along with eight other young men ambushed and blocked the entrance at the gate, telling me to hand over all my husband’s documents including title deeds,” she painfully narrated.

Pauline says that even her 21-year-old first-born son turned against her after he was “brainwashed by her in-laws”.

“I got married when I was 18 and have been married for 20 years. I lived with these people thinking they loved me,” she added.

@ Mlogooli,well said ,Sir.I believe what these inlaws have done is against the law.I hope akind hearted Samaria lawyer will take her case on Pro bono basis,and help to get what she is due.
This kind of problems manifest alot in male chauvinistic and patriarch societies.Of course this is unfair to women.They are our mothers, aunties,sisters,wives,and most important our better halves.
Even if her inlaws do not like her,they should at least respect the wishes of her late husband.Iam sure he would want his widow to have agood life,with what he left behind.More over,she participated in garnering,or maintenance of the wealth left behind.20 years of marriage is worth something.

This greedy kikuyu habit of grabbing stuff whenever a brother dies must be stopped! All the property belonging to the dead husband goes directly to the living wife! The wife shall then decide how the kids will inherit her! Tigai Urimu! Nonsense!

To all my brothers and sisters - all my property will directly go to my wife should the Lord calls me home before her! I owe nothing to nobody except my spouse and no body should come asking for anything; cup of cold water included!

Sorry Pauline! You lived with wild animals for in-laws! You had no friendship in them! I hope you will not claim them to be your relatives from now on! These dead traditions should be eliminated through the legal process! The three brothers to pauline’s late husband should be forced to return everything to Pauline!

I support everything you have said here! One grown kikuyu man! I like your attitude!!

The law is supposed to protect her... Why not use the law?

And this is what Kisiis are doing to Obadia Kinara in Texas. They are bleeting murder after hearing there was a life insurance policy.

@Seneca, When did it became legal for a woman to marry 2 men at the same time? You friend Kinara will rot in prison for insurance fraud. Insurance is not child support whereby a man can collect the money from 5 baby mamas and vice versa.