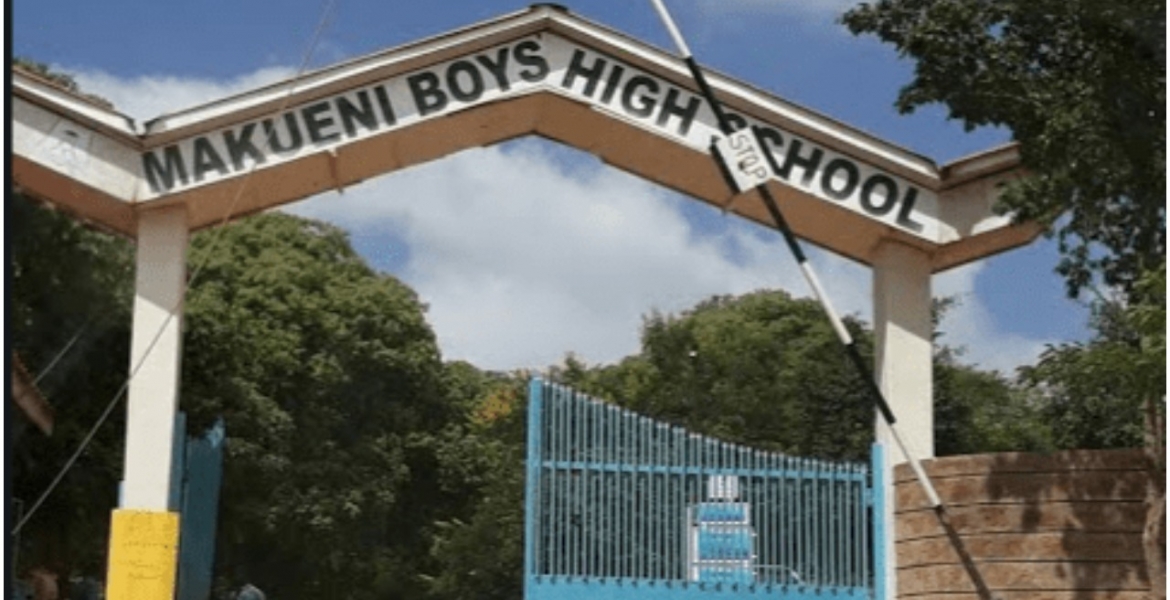 The management of Makueni Boys High School has suspended the entire Form Four class of 258 students for allegedly refusing to shave their beards.

Reports indicate that the KCSE candidates went on a riot on Friday evening to protest an order requiring them to trim their beards and heads every month.

The school’s principal Raphael Katana, who issued the directive was stoned and injured during the unrest and was taken Makueni Hospital, where he was treated and discharged on Saturday.

Addressing reporters, Katana said most of the suspended learners were growing full beards and kept a head full of hair, which is against a school policy that has been in place since the institution was established in 1966.

“We shave our students every month, all the students in other classes got their haircuts, but the Form Fours refused, as per the Ministry of Education guidelines, we sent all of them home because they became rowdy,” said Katana.

The school head said the students were sent away for two weeks to pave the way for investigations.

Is that the reason? I am scratching my head coz sch kids are much smaller younger these days.

Its African to keep our hair long . Why harass the innocent kids! With draconian Colonial rules broughtby muzungu .Brainwashed call it . Its so beautiful to have long hair and beards just like our ancestors did.We want our roots back .Many black NBA players keep long hair and beards they not taken from thr game .Leave our children alone.

Its African to keep our hair long . Why harass the innocent kids! With draconian Colonial rules broughtby muzungu .Brainwashed call it . Its so beautiful to have long hair and beards just like our ancestors did.We want our roots back .Many black NBA players keep long hair and beards they not taken from thr game .Leave our children alone.

How does having a beard or long hair impair learning? Yet again Kenyan efforts geared at inconsequential nonsense.

Rules are there for a reason.If these students broke the rules they should be given the punishment such rules entail.
This is an institution.Rules tell them that you are not at home now,and you cannot behave anyway you deem fit,or wish.If they feel that these rules are unfair,then use the proper means of challenging them. Stoning,and beating the principal is not the way to do it.I am sure that this is not anew rule.Why is it an issue now? Its not like being denied steak for dinar...and give "pushweek".
Why are the boys not protesting about school uniform?Or is that the next protest?
Conformance,and unity is important in molding good behavior,discipline,manners,and "gentlemaness",in young men -attributes that are quickly disappearing.

It is about good grooming and keeping clean.Some of these boys look like old men older than even their teachers.Surely where will these uncouth characters learn to groom themselves if not at school since most parents think teachers are their babysitters.The way you present yourself says a lot about you and this has nothing to do with western values

Tuache unjinga.
Facial hair and long hair have nothing to do with academics.
We are still mentally enslaved believing that being clean cut is the way to go.
Some of us had dreadlocks in college and no one said nothing about it.
We need to embrace our culture and let's not believe in all the western world wants us to believe.

What effect does hair have in learning? 1st grade upumbavu schools dictatorship. I went to school in that part of the country and the head masters loved seeing people run at every sight, I wasn’t with that and he once tried to hit me with something he was holding and I told him he hit me and it’s on..... dude suspended me and disappeared for 2 weeks before letting me back in. This is hogwash

Some rules are weird. Had hm tell students to remove shoes so they could be uniform with the rest. Imagine removing shoes you were gifted after initiation.
This sch needs to know it's not a beauty sch. Natural beard is ok as long it's no Santa length

The late Mahatma Gandhi of India once said, " There are unjust laws as there are unjust men."
It was indeed unfair and unjust to have such outdated stone age laws in schools 57 years after the British physically left Kenya.

I really don't understand why Kenya is still operating under the British hackneyed laws adopted to humiliate and control the minds of the colonized people.

At the moment, the judges in the UK don't wear the smelly
sheep's fur wigs as they attend to their court cases. Why are the Kenyan judges still adhering to this outdated colonial wig culture?

I guess I have been dreaming about Kenyans detaching herself from the British brainwashing and its negative mind programming directed to the colonized people.

Could anyone please tell me why the English language is still used in our parliament?