I Will Expose You If You Continue Attacking Me, Kalonzo Tells Raila 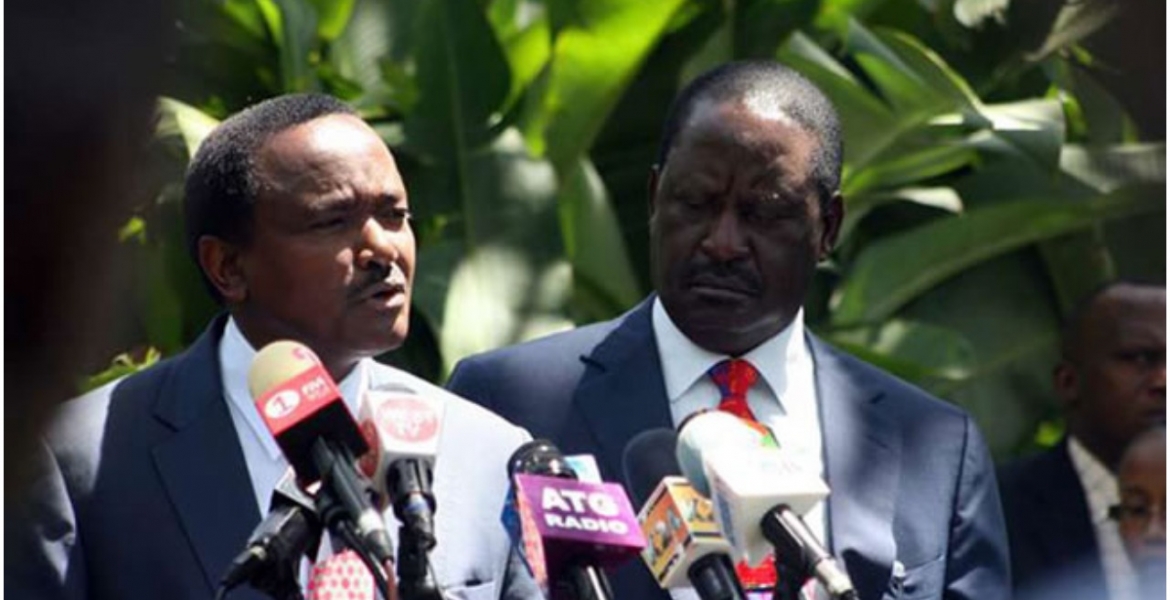 This comes after Odinga affirmed that he will not be endorsing any of his National Super Alliance (Nasa) co-principals ahead of the 2022 presidential election.

Speaking on Sunday, Kalonzo accused Odinga of attacking him through his allies over the 2022 presidential contest, warning that he will “expose” him if the attacks continue.

Without disclosing what he holds on Odinga, Kalonzo insisted that he does not need anybody’s endorsement to become Kenya’s next president, adding that he can challenge for the seat.

"If he continues, we'll expose him. I am telling Kenyans that I don't need anybody's endorsement. I only need God to endorse me," said Kalonzo.

Kalonzo, who spoke at AIC Kyemutheke in Machakos, suggested that Odinga’s declaration on supporting Nasa co-principals stemmed from the controversial 2018 mock swearing-in ceremony.

He explained that he did not attend the ceremony due to his standing in the legal fraternity, stating that the event was illegal.

"I don't believe in these political debts. I did what I did to make this country better. As a senior counsel, how would I have participated in a mock, illegal, and unconstitutional oath? I would have disqualified myself," said Kalonzo.

Kalonzo indicated that he discouraged Raila from proceeding with the mock swearing-in ceremony and instead open dialogue with President Kenyatta.

Kalonzo should just say, he’s an adult and he can make his own personal decision.

Raila is a Fake father of Democracy.

Raila's INGENUITY and Teamwork took out Moi and his Cronies. Remember? Or maybe you weren't Born when this Happened in 2003 (when Raila sacrificed Presidential ambition and Stepped aside for Kibaki).

Time to wake up, the NASA group was taken advantage of by RAO now he does not need them anymore, why do they always have to wait for a green light from RAO to do anything we do not need leaders like that, they are a spent force, we need new blood. RAO just stuck it in their you know what. Wajinga ndio waliwao.