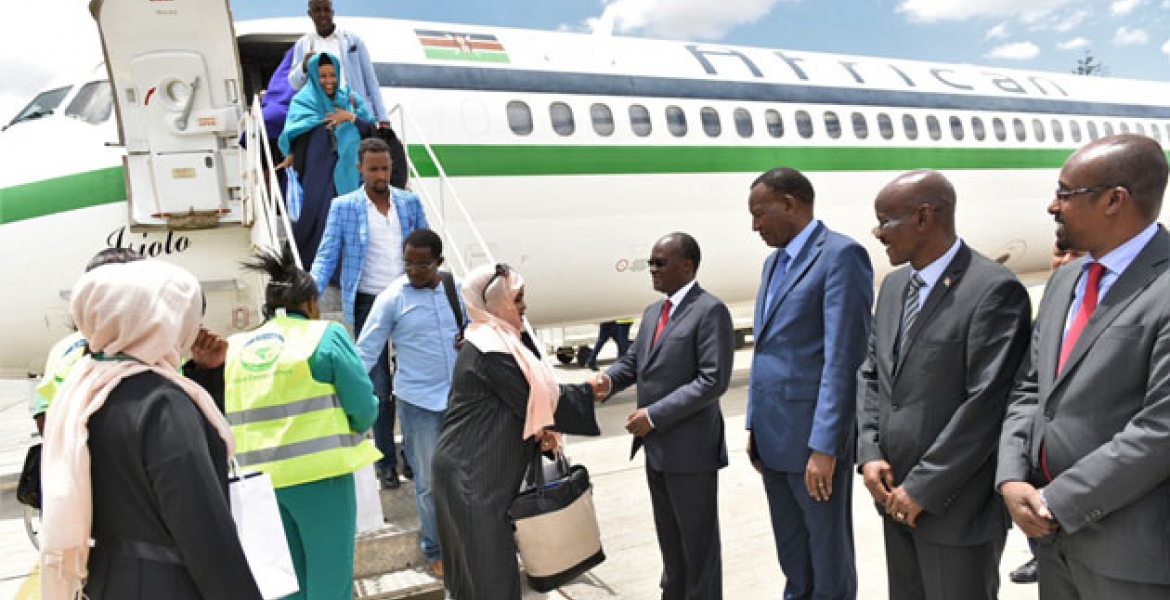 Direct flights between Mogadishu and Nairobi were resumed for the first time in ten years on Wednesday of this week. Direct flights between the two cities will not compromise at JKIA, says Macharia. For 10 years the flight from Mogadishu made a stop-over in Wajir for security checks before proceeding to Nairobi. Macharia says with the improving security situation in Somalia, a Kenyan security team will now be conducting the checks in Mogadishu before the plane departs. He also says Mogadishu airport is secured by the African Union Mission in Somalia.