Raila Says NASA Will Release its Own Results in the General Elections, Will Not Accept Fake Results 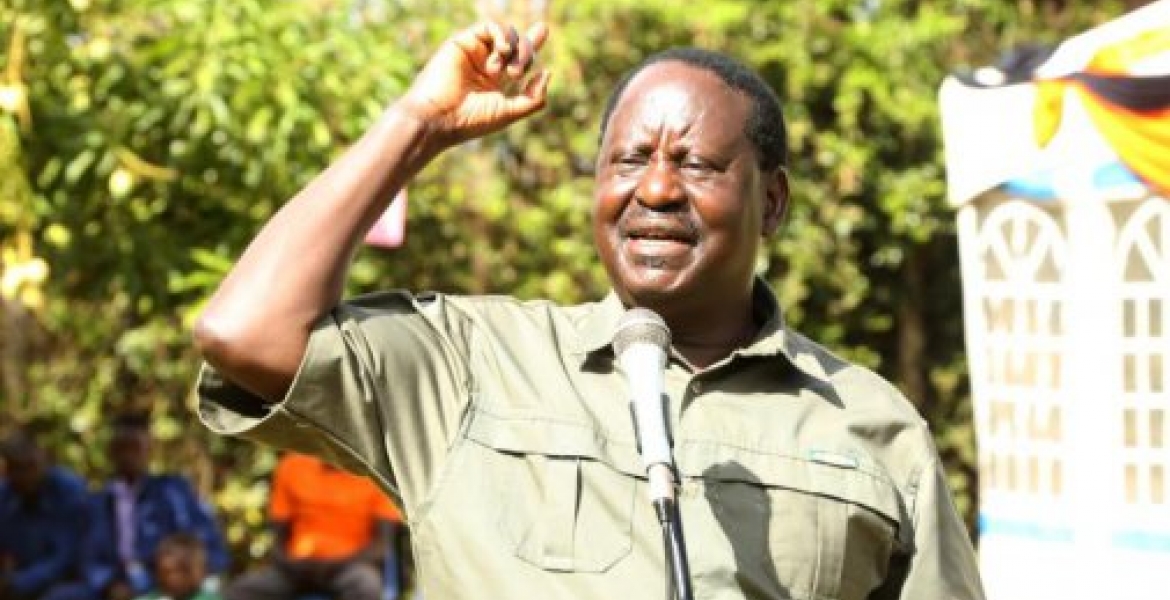 Opposition leader Raila Odinga has said NASA (National Super Alliance) will tally and announce its own results in the August general election to ensure the voting fraud does not happen.

The ODM leader said NASA has the votes needed to kick Jubilee out of power if the votes are tallied correctly, and will release its own results and compare it with the IEBC figures to ensure voting fraud does not happen. “IEBC will announce their results … and we will announce ours from our tallying centre for comparison.” We will not accept fake results as happened in 2013 at Bomas of Kenya,” said Raila at a political rally on Sunday in Kibra, Nairobi.

Honorable Wafula Chebukati just said it in Daily news that the electoral commission is the one which have been the authority to tally the results and announce the winner. Any person who goes against the constitution or threaten the integrity of our Country is a precursor for violence.so if anybody opens his or her mouth to announce the results should be arrested immediately and taken to prison and arraigned in court. Matters regarding our national security are NON-NEGOITABLE and we cannot play politics with it.Our Gova should make it clear that nobody will have a special treatment when it comes to the security of our people and our borders and the Gova cannot intimidated by anybody because KENYA is bigger than individuals. Every citizen have right and freedom to say what they want but circumventing the IEBC to announce the results Is a very serious issue and it should taken note of and there is nothing FAKE about it.

Fake is a word which is being used by other powerful Governments around the world and their citizens are conditioned 24/7 into believing some news is fake .They are shaping the truth but we should all agree not everything is fake and we too cannot fall to this crap of the word fake.

If Raila knows he is the winner why is he talking of counting votes for himself. If he got circumsised, why didn't circumcised circumcised himself.
He Raila knows he will lose he is now preparing to kill Kenyans with no Raila no Goernment This time the Government should be more prepared than Raila to protects Kenyans.

@Peter.You are soo right.If he knew he was going to be the winner.He would be praising and supporting IEBC. However, he knows he does not have the numbers.Any good judge of Kenyan Politics knows that Raila does not have the numbers and he is going to lose.So he should know that the rubbish of NO Raila,No Government,No Peace is absolutely UNACCEPTABLE.The Kenyan Government as well as all good people in Kenya and around the world are not going to accept that NONSENSE. Peace, Law and Order, and Stability will prevail in Kenya.