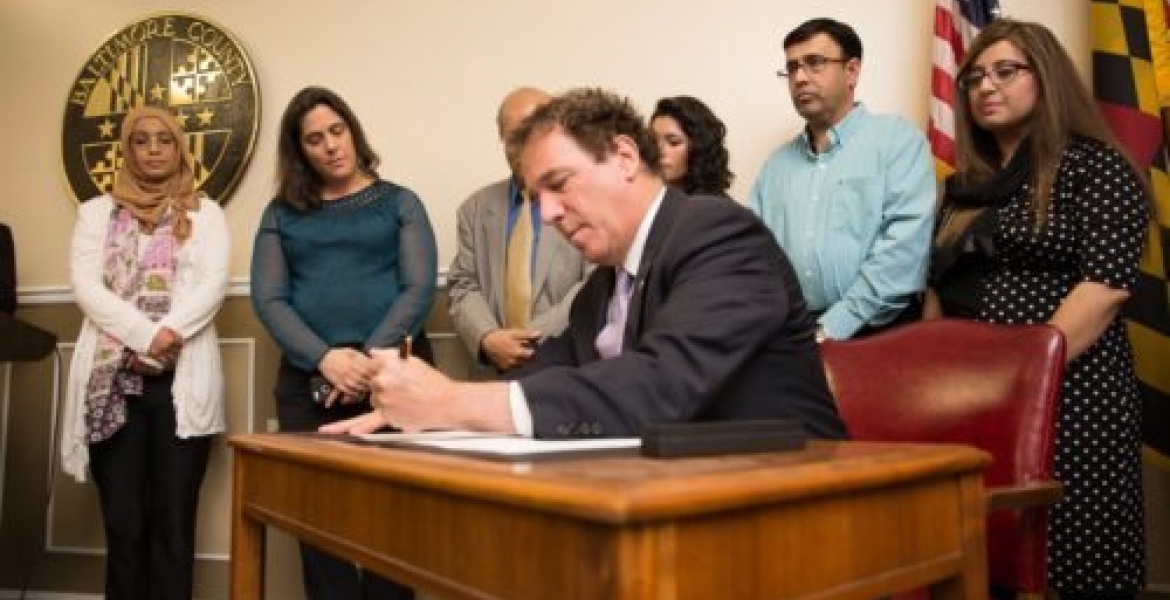 Baltimore County (Maryland) Executive Kevin Kamenetz on Wednesday signed an executive order that bars the county’s police officers from detaining people solely based on suspicion of their immigration status and/or inability to speak English.

The order also states that police officers in the county cannot inquire about a person’s immigration status for the purpose of initiating civil enforcement of immigration proceedings, except in the case of a criminal warrant signed by a judicial official.

In a statement to the media after signing the order, Kamenetz said President Trump’s efforts to investigate and detain immigrants are contrary to the Constitution, and as an attorney, he would not let Baltimore County disregard the law protecting individual rights. The county executive also said the president’s actions are causing fear and panic on otherwise law-abiding residents, and this is having a negative impact on children and on productive police-community relations.

The Maryland House of Delegates also recently passed a bill that makes the state a ‘sanctuary state’. The bill is expected to be taken up by the state senate soon but Governor Larry Hogan has pledged to veto it if it ever reaches his desk.