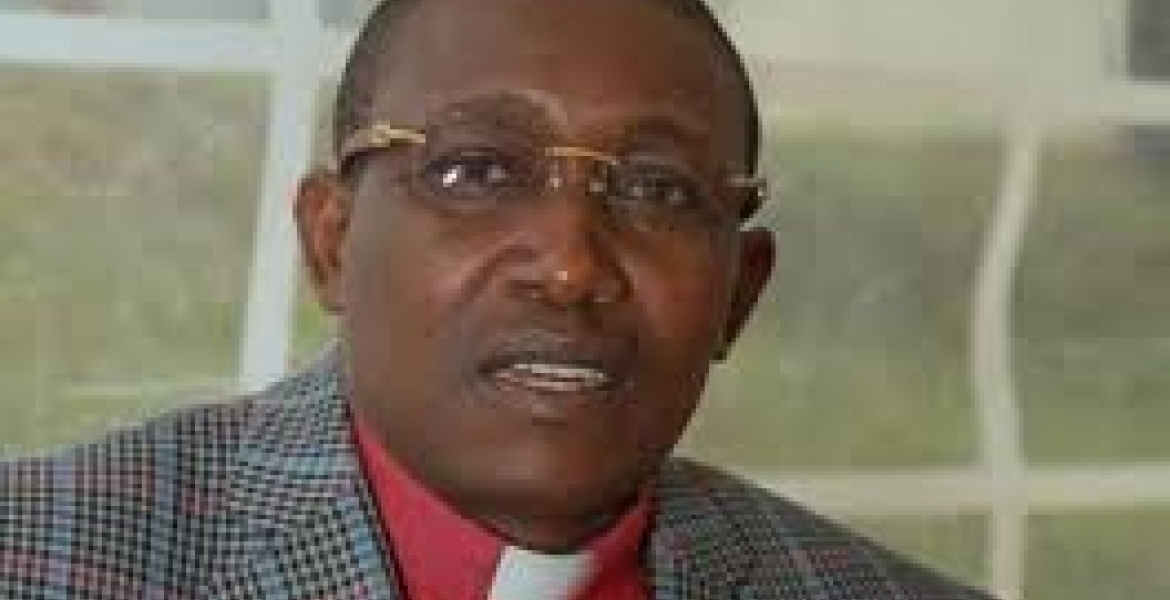 The owner of a Kenyan real estate company and sacco has denied swindling investors, and instead blames the allegations on his political detractors. Bishop David Kariuki Ngari, who runs Gakuyo Real Estate and Ekeza Sacco and was running for the Kiambu gubernatorial seat, says he runs legitimate businesses and has not stolen anything from anyone.

Ngari, who is also the overseer bishop of Calvary Chosen Centre, says the allegations are meant to bring down his church, businesses and political ambitions.

"There are people who are working tirelessly to paint me as a criminal in order to bring my church and businesses down…I’m a man of God who fears and follows His teachings. I have not stolen anything. My hands are clean. I'm the manager of Gakuyo Real Estate and Ekeza Sacco and the rumors going round are nothing but a plot to finish me,” says Ngari, popularly known as Gakuyo.

KTN this week ran stories of Kenyans who say they invested in both Gakuyo Real Estate and Ekeza Sacco and have nothing to show for it. One of the investors, Anthony Maina, says he lost Sh65,000 in the sacco. Maina tells KTN he deposited Sh45,000 in the sacco in 2014 aiming to buy a plot of land in Embu that was being sold for Sh65,000. He says he deposited the balance of Sh20,000 the following year. He says he was asked to pay an additional Sh10,000 on top of the original agreed upon Sh65,000 purchase price, but even after paying the extra fee, the company to date has not shown him the land he paid for.

Ngari last month dropped his bid to run for the Kiambu governor seat in a bid to oust William Kabogo and threw his support behind Kabete MP Ferdinand Waititu.

He was recently kicked out of a public university after it emerged that he used a forged CPE certificate to gain admission into the university.

As one of mwakilishi blogger, I hinted, without naming names, about how investors, masquerading as pastors, to get your dollars, but people didnt get it. On one of my December holidays, I took their bus in Nairobi, to somewhere around Kilimambogo area. Well, noticed some anomalies. This guy was on Jambo Radio preaching convincingly about how honest he is, and even gave Njoki wa Ndegwa a plot, to proof his white collar sense of mercy. Kenyans are crafy, and they know how to get what they want without realising. Be careful with these Opten sh..t. Once you buy a plot or land, it cost around sh40,000 and more than 90 days to get your title, if you are lucky. Diasporan will never be lucky even to a pastor who appears on KBC radio Sunday morning, wearing owl eyes infront of illiterate, poor, desperate n ignorant worshippers. He is just like DMV Shipping LLC which entices you with good rates only for your cargo to be looted by the owners family members. Be smart Kenyans, hio dollars sio rahisi kupata.

Wearing a collar on your neck means nothing. Claiming yourself to be God fearing is a load of you know what. It is a way to deflect from the real con that one is, simply because they know many Kenyans are superstitious, sorry religious...and will believe every word that comes out of the mouth of a man (or woman) of collar. I am sure if asked why he forged his CPE, he will say a revelation told him he could...

Until such a time we allow our minds (or brains) to do its job and utilize the simple concept of due diligence (verify before belief/no belief without verification), we shall continue to be taken for a ride by these actors and those that spin Ponzi schemes as alluded to in other articles in here. We really need to stop being so credulous or impressionable. Really.

some of you call him a genius and sure he is.Starting a business is hard and maintaining is harder.To be where he is,he has really worked hard,please consult some of the beneficiaries of Gakuyo Real Estate.As an entrepreneur am here to defend Mr.Ngari and congratulate him for the far he has reached.Please give him time,for he is on his way to fulfill his dream.Rome was not build in a day.you who have never tried to start a business and you are condemning this guy i tell you, you are doomed,try it one day.please stop harassing Mr. Ngari and let us give him time to achieve whatever he started.
jane

am very pleased that i did not get trapped in their sales . So many of them estate agents are thieves . The best way is to buy directly from the owner but living abroad is not easy and family members reputation have been soiled for same reasons
I went for Mhasibu because i was on the ground and a friend had pruchased a plot from them , i got my plot and the title deed without complications. and the company has kept their promises . i.e in Nyeri they have started the infrastructure. Mhasibu is a company of accountants and their prices are reasonable . but maybe i was just lucky with my choice
it is so difficult to know who is real but when I visited Gakuyo office i did not trust. by then i did not know it was owned by a man of the cloth otherwise i would not have consulted them . They hide in the name of God to cheat, steal rape ,etc
www.mhasibuhousing.co.ke/properties/ongoing-projects

You may not see this, but if you do, I have a question.

Did you buy in Mhasibu Nyeri Twinmount Estate? If so, do you have the Title Deed yet? The only problem I have with Mhasibu is communication - they lack updates on their annual meetings or even on the progress of the infrastructure. I have a plot there myself, so I would like to hear back from you on your experience.

@WAMBUI KARAGO,you are right,they hide in the name of God to cheat, steal, rape and con innocent and well meaning people.
I do not trust any of them. Some of my close friends who live overseas - USA and UK have been conned by their very own men of God from the churches they attend or their invited conmen who come to church and sweet talk congregations about land buying or other cheating schemes that they hatch in collaboration with the Bishop/Pastor.
Buyer please be aware and when the deal is too good,think twice!

who am i suppose to bliv the whole kenya is rotten with bad politics and bad advisors mr ngari is just a businessman and in business we expect all kind of challenges so far i hav not heard of any person in court claiming he/she has been conned by gakuyo,so stop spreading rumoursmongers abt him