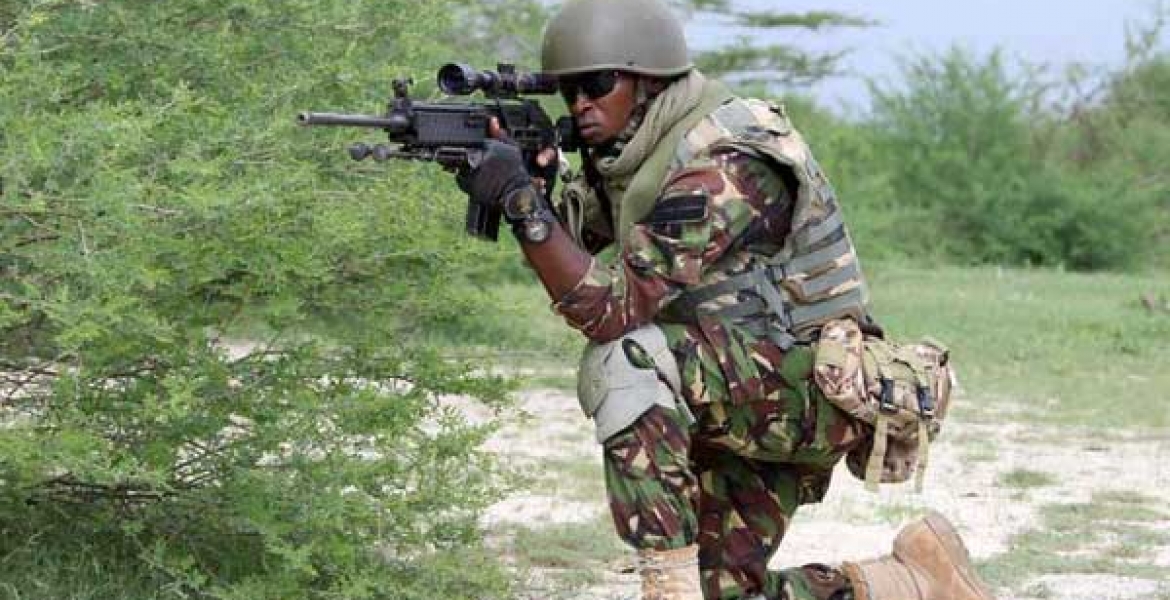 Bashe Nure Hassan was killed along with one his lieutenants when the terrorist group attacked a Somalia National Army base in Kuday, Somalia on Saturday around 3am, and KDF along with AMISOM forces went in as reinforcement for the Somali soldiers.

"One of the terrorists killed was AS Commander Bashe Nure Hassan, a Kuday resident who was born and raised in the area before joining the terrorist group several years back," said KDF Spokesman Colonel Joseph Owuoth.

Three AK-47 assault rifles, 11 magazines, a satellite phone and 290 rounds of ammunition belonging to Al-Shabaab was seized by the AMISOM/KDF forces.

Colonel Owuoth said there were no AMISOM/KDF casualties in the operation.