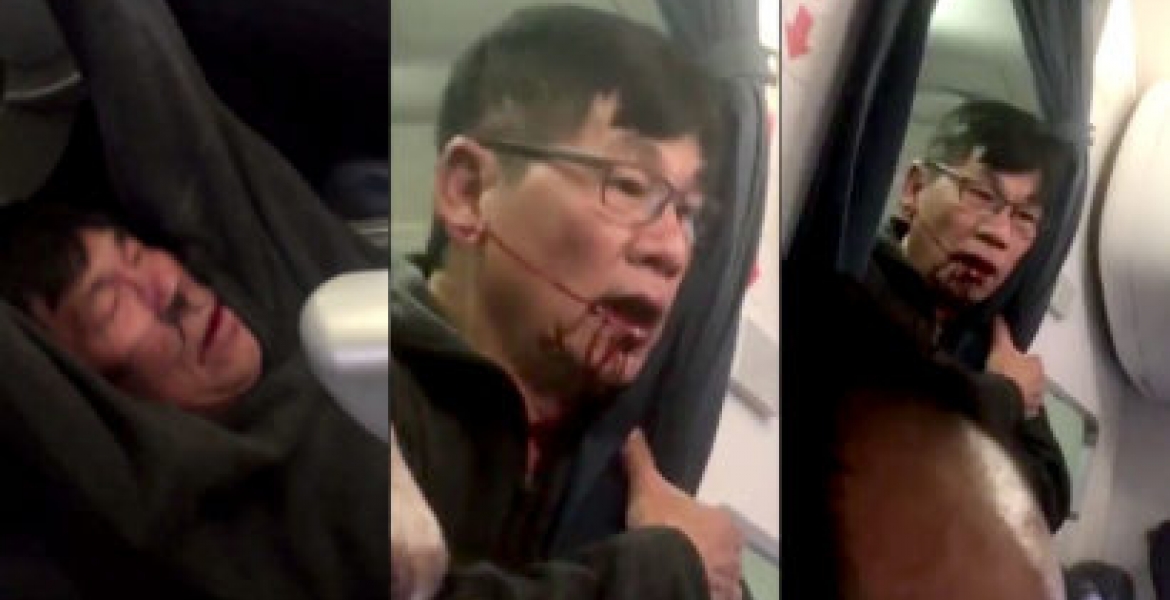 A video that has gone viral online and sparked uproar on social media shows a passenger getting yanked from his seat of a United Airlines flight and dragged out of the aircraft to accommodate airline workers.

The incident happened on a United Airlines Flight 3411 departing O’Hare Airport in Chicago and headed to Louisville, Kentucky on Sunday evening. The flight was overbooked and flight attendants needed to make room in the flight for four employees from a partner airline,. They asked for four people to volunteer their seats in exchange for $400 vouchers and overnight hotel accommodations so that they could be booked on a different flight on Monday. When no one volunteered, the attendant picked four random passengers and asked them to “involuntarily de-board”.

One of the passengers asked to de-board is a doctor from Kentucky who said he had to see his patients on Monday morning and therefore had to travel on Sunday evening. The airline staff would have none of it and called airport police who yanked the man out of his seat and dragged him out of the plane. As the passenger is dragged out, he is heard screaming and blood can be seen dripping from his mouth.

That a passenger who had paid for his ticket had to be dragged out of his seat to accommodate airline personnel left a bitter taste on fellow passengers and other sympathizers on social media, with many calling for a boycott of the airline and change in the rule allowing for airlines to “involuntarily de-board” paid passengers from flights.

United Airlines CEO Oscar Munoz responded in a statement saying “This is an upsetting event to all of us here at United. I apologize for having to re-accommodate these customers. Our team is moving with a sense of urgency to work with authorities and conduct our own detailed review of what happened.”

“We are also reaching out to this passenger to talk directly to him and further address and resolve this situation,” added the statement.

The Chicago Police Department also responded and said the incident was not handled in accordance with standard operating procedures of the department. The department said the officer seen dragging the passenger has been placed on administrative leave pending a review of the situation.