Go for International Jobs and Support One Another, Ambassador Githae Tells Kenyan Diaspora 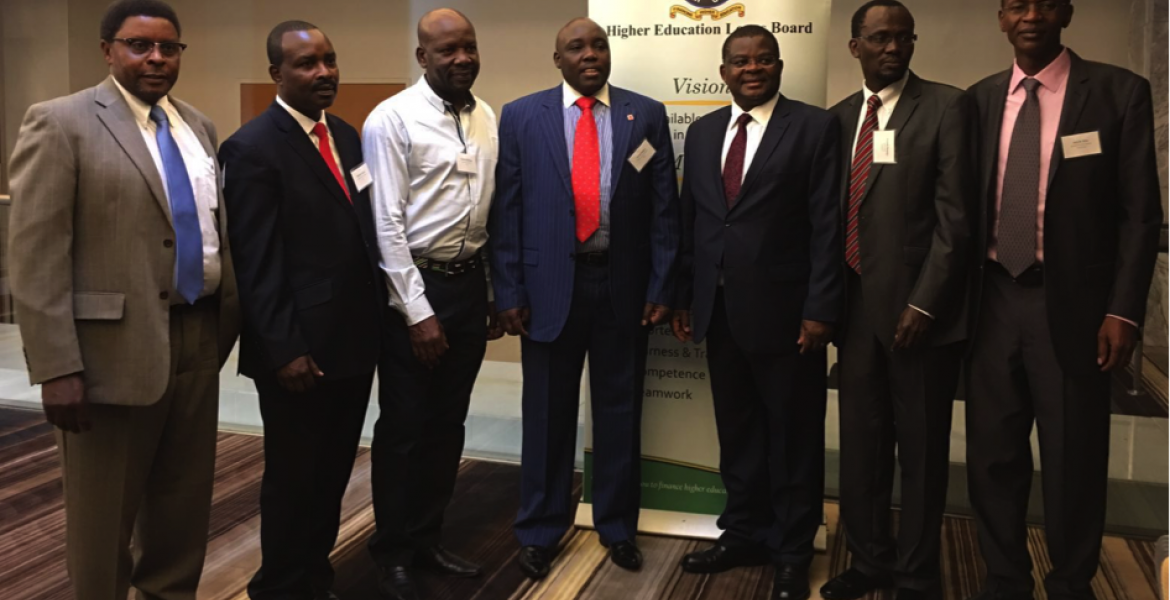 The 2016 annual Kenya Scholars and Studies Association (KESSA) conference at the Atlanta Marriott Marquis hotel in Atlanta, GA, USA has ended. The conference, which was held last weekend from Thursday-Saturday, September 8-10, 2016, was officially opened by H.E. Robinson Githae, Ambassador of Kenya to the United States.  The three day conference was attended by close 100 Kenyan scholars from the United States, Kenya, and Canada.

In his remarks, Ambassador Githae asked diaspora Kenyans and those at home to pursue senior international jobs and to support each other as well as Kenyan institutions (like KESSA) and businesses.  Githae informed conference participants that Kenya was now better prepared to lobby on behalf of its citizens who applied for senior international jobs through a newly created unit in the Office of the President.  He especially encouraged KESSA members to apply for such jobs since they had the academic and experiential qualifications for such jobs.  Githae amused the gathering when he noted that KESSA members easily met these jobs’ requirements given their double doctorate degrees and 100-page CVs.

The conference keynote address was delivered by Professor Kiertisak Toh, a Special Purpose Professor of Economics at Radford University and Duke University and a former Director of the USAID Mission to Kenya from 2001 to 2005. In his remarks, Professor Toh asked KESSA members and other Kenyan researchers to play a more central role in the country’s development.  He observed that to be effective, Kenya’s researchers must learn the process of policy formulation in Kenya by starting with basic questions such as what is policy?  How is policy made and executed?  Is policy what is articulated, whether in writing or by word of mouth?  Or, is it what is done, whether it has been said before or not?  Or, is it such actions that are sustained?

Moreover Prof. Toh’s address covered three main themes. First, that Africa and in particular Kenya is changing in a positive way, with Kenya and other African emerging growth economies looking beyond international aid and charity to more private investment, trade, and businesses.  Consequently, the African renaissance dream that was popularized in the mid-1990s, is moving closer to reality, particularly in Kenya and other African emerging growth economies.  However, despite these positive trends in Kenya’s economic growth performance, it faces the challenge of making this growth more inclusive and equitable and its poverty and uneven distribution of benefits from growth and development remain unacceptably high.  The quality of economic and political governance to support and sustain the structural transformation of Kenya’s economy is likely to be a critical determinant of the extent to which Kenya will succeed in creating an inclusive growth process that raises the income of the poor and helps to maintain its political stability. 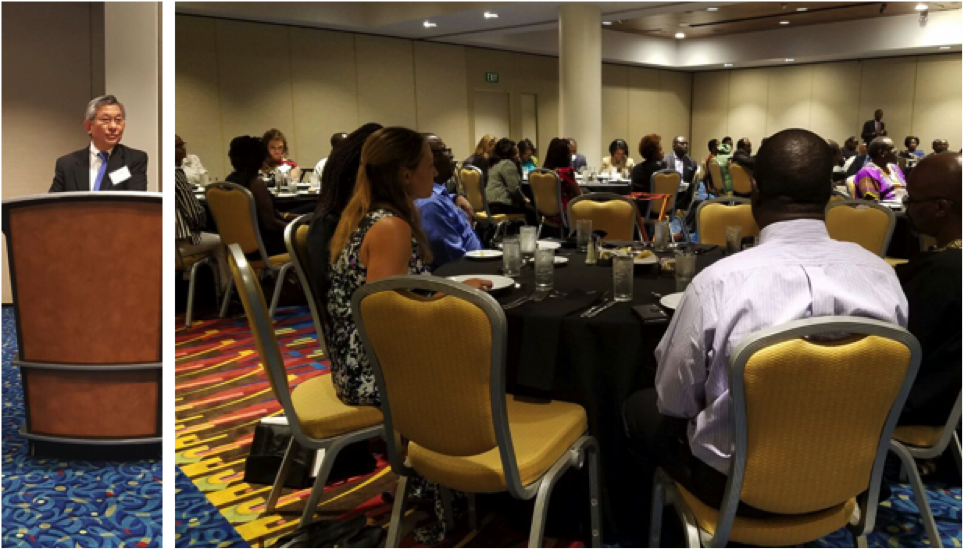 Second, long-term investment by USAID and other international development partners has paid off in Kenya, especially in capacity building and institutional development including those in the public and private sectors, non-governmental organizations, and civil society.  Starting with the Kennedy-Mboya Airlifts of the 1960s that brought about six hundred promising Kenyans, including the future father of President Barack Obama, to US colleges and universities, Kenyan has grown her human resource  and institutional capacity tremendously. These developments have enabled Kenya to emerge as a center for innovation and entrepreneurship in mobile-money services like M-Pesa, mobile microfinance services like M-Shwari, and pay-as-you-go home solar systems like M-Kopa.  Success and sustained progress from the adoption of 21st century mobile and information technology in Kenya is a testimony to the value of long-term investment in people and institutions.  Thus, Kenya and her international partners including the USAID should not waver from this kind of long-term investment in education and development though it is often under-appreciated and frequently subject unpredictable domestic and international budget shifts and changes in government policies.

Third, the landscape of international aid is now different and it puts a premium on political leadership and policymakers. With the entry of more national players into the international aid business including China, India, and South Africa, private and non-profit sector players such as the Bill and Melinda Gates Foundation, and other philanthropic foundations and universities; there are more opportunities for better aid terms and more South-South development cooperation.  However, these opportunities can only benefit Kenya if its political leaders and policymakers up their game. Only then can Kenya get rid of its well-established international reputation for preparing high quality strategy, policy, and sessional papers that are then left to gather dust on the shelves.

Consequently, policy in the Kenyan context, is not necessarily what is written but rather what is done on a sustained basis backed by appropriate resources – money, staff, equipment, facilities or institutions, and the political leadership.  Policy is made because of conviction, a result largely of emotion or life experience; or from non-market payoffs, largely an outcome of self-interest or benefits, or from international or domestic pressure.  Policy can also come from analytical, evidence-based research findings from studies conducted by scholars within and without KESSA.  Policy reform results from some critical player championing a change and continuously advocating for it.  In this context, research can contribute significant insights into the true nature of the problem.  It does not necessarily have to carry a solution.  Where solutions are proposed, it is important that both winners and losers are addressed, and considered in the way key players look at solutions through the lenses of political economy.

The challenge for Kenya in the 21st century will be to make use of and build on its relatively well-endowed human capital and institutions.  It is also critical to provide leadership opportunities for the younger generation and nurture its growth.  As we transition to the next generation, they will be the force and personalities that must address Kenya’s future challenges of inclusive and more equitable socioeconomic growth.

The 10th anniversary KESSA conference will be held at the Atlanta Marriott Marquis hotel in Atlanta, GA, USA, from Friday to Saturday, September 8-9, 2017.  Kenyan/Kenyanist undergraduate and graduate students in North America are especially encouraged to attend.  More information on this and other KESSA events is available on www.kessa.org.

Tell that to burds githae.
Kenyans are very tribal and jealous when out there.
If you come from humble lifestyles you will be ignored when you meet those who have been brought up with public/corruption procceeds.
Women are worse since if you meet one who happens to be old and seee man are not after kinembe favours they hate the men.
Surely....am 35yrs how do you expect me to be seduce 55 or more years women.....jyst to be promoted or find job......wakenya ni nugu sana.
How do you expect man with all his obese adult children that are jobless to help you get job or promotion.....they wont.. kenyabs with thick children at home.

Those meetings will solve nothing.....many wont helo anyone.....jealously......
Corruption mingi......
Kenyans in diaspora be wary or keep away BRADEDATE CHICKEN IN NYERI......this company ran by thievy kids of ex..director ya mashamba ya public.....is ripping kenyans.
The company is only to hide his crooked thievy ways on how he got monies...

@Brade......... you always write about Bradegate Chicken. Most people do not come from Nyeri and care less about it

Githae is speaking about assisting each other yet his office only operates three half days a week with abusive,rude,lazy and useless staff.And can Githae assist me get a RAT HUNTING/ROASTING job in Washington DC?

You got the words out of my mouth. That office is known for being rude

Kenyans are peculiar human beings.....when jobless are begging and crying for job....and as soom as get job in gavament office and sell her wares to gava ministries sponsors so as to be stationed in Washigton every thing changes.....proud ,rude arrogant ,miss office ...etc muta do.
Amina mohamed has fobe nothing to transform kenya embassies...hers was to raise hague issue and was supported by that gray haired kimau macharia of kenya un office.
Even driver is boss in kenya embassies...
Remember no phones calls or emails are anwered...by macharia kimau n embassy staff..na this is now turned to " mezemi mate sisi tunakula nyama".

Mufanye thousands meeting kenyans mentality ni mbaya among ourselves.....and as population increases and no jobs ...service in hospistals wards that have more tv than beds,water taps........people will rise up........