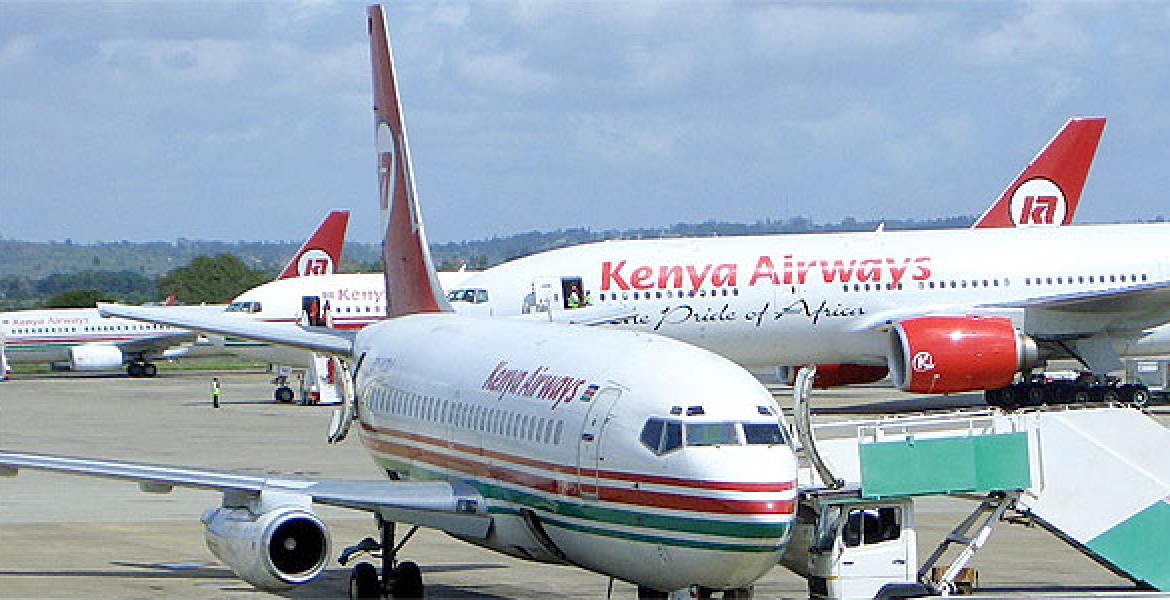 The aircraft lease agreement between the two airlines was signed on Monday as they began operating a cargo codeshare partnership.

KQ CEO Allan Kilavuka said the partnership strengthens collaboration and bolsters aviation ties between Kenya and the Democratic Republic of the Congo (DRC).

The partnership actualizes the memorandum of understanding between Kenya Airways and Congo Airways signed during President Kenyatta's visit to the mineral-rich nation in April.

He termed the partnership as the first of many steps in actualizing pan-Africanism by creating a model for cooperation between two African airlines, thereby contributing to Africa's socio-economic development.

“This is an important step in enhancing cooperation to increase air connectivity and offer greater passenger and cargo options between the two countries. The timing of this agreement is correct, considering the severe impact of Covid-19 on the aviation industry, as it will increase the utilization of our aircraft,” Kilavuka said.

At the same time, Kenya Airways announced that it has commenced direct cargo flights from Johannesburg in South Africa to Lubumbashi, the third-largest city in DRC.