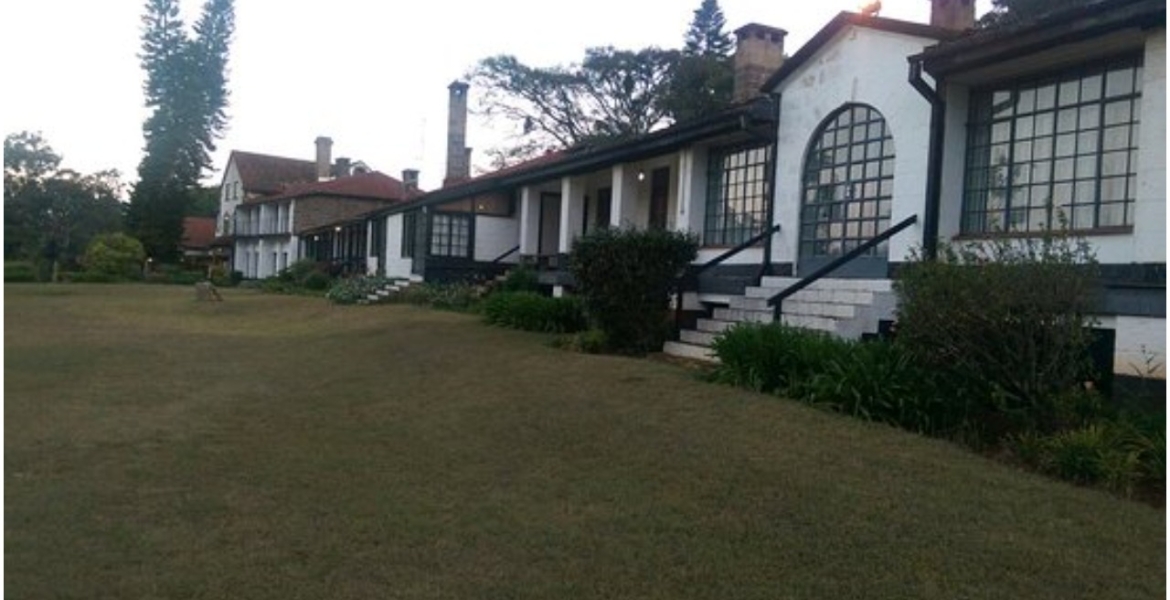 The iconic Outspan Hotel in Nyeri has been put up for sale.

The nearly century-old hotel facility is being sold by Knight Frank on behalf of its proprietor Aberdare Safari Hotels (ASH).

The price tag for the luxurious hotel that sits on 20 acres of well-manicured gardens bordering the River Chania has been set at a whopping Sh550 million.

It was built in 1927 and has maintained its colonial architecture until this day. Visitors enjoy magnificent views of Mount Kenya and the Aberdares.

The facility boasts of 45 guest rooms, of which 28 are standard rooms and 14 are deluxe, plus 3 separated cottages.

Its biggest selling point is Lord Baden Powell's “Paxtu” Museum, which honors the British Lieutenant-General who founded the worldwide Scout Movement and died in Nyeri.

The International Scout Association is among those interested in buying the hotel whose 99-year lease was renewed in 2011.

“We have serious interest in this venture because of the Paxtu and its significance in the scout movement, and would be keen to preserve the historical hotel. The board will be meeting to discuss the same,” International Scouts Association board member Anthony Kitonga said about the offer.

Please Please don't sell this hotel to local entrepreneurs. It will be demolished and replaced with ugly concrete structures for rent as lodgings or high density residential units. All character and history will be razed forever and a new slum will grow. Sewage and trash will replace the gardens and river Chania will be the receptacle for the filth. We have seen it before: the Bell Inn in Naivasha,the Stag's Head in Nakuru, the Wagon Wheel in Eldoret, the Kitale hotel.....so many gone makes you want to cry. Please save these icons from the greedy locals

I really hope that it is bought by someone who will keep it as it is but not to start selling plots within! It must be including the Treetops I wish i had the money i would buy this historical hotel located in a really good location where there are hundreds of birds . Seems COVID has forced the next generation of the owners Waibochi family to sell they also own the shimba hills will they sell that too

I am Edith Rose from Usa, i want to thank Mr harrison for the help he rendered me with the Blank Atm Card that save my life and my family , i lost my job last year during covid and ever since then it has been very difficult to take care of my family and pay other bills,while hunting for job online i came across one Lady testimony about Mr harrison Blank Atm Card that help her with capital money to start up a business , at first i was scared to contact him because of the trending news about scams, i told my Husband about it and he told me to take the risk and i contacted Mr harrison for the card ,after 3-4 days i received the card from him and follows his instruction on how to used the card, am so happy today to share this because I have use it to get 45,000 dollars. withdraw the maximum of $2000 USD daily. Harrison is giving out the card just to help the poor. Hack and take money directly from any atm machine vault with the use of atm programmed card which runs in automatic mode.hurry now and contact him on how to get yours. Email: harrisonblankatmcard@gmail.com or Whatsapp him +15593840001