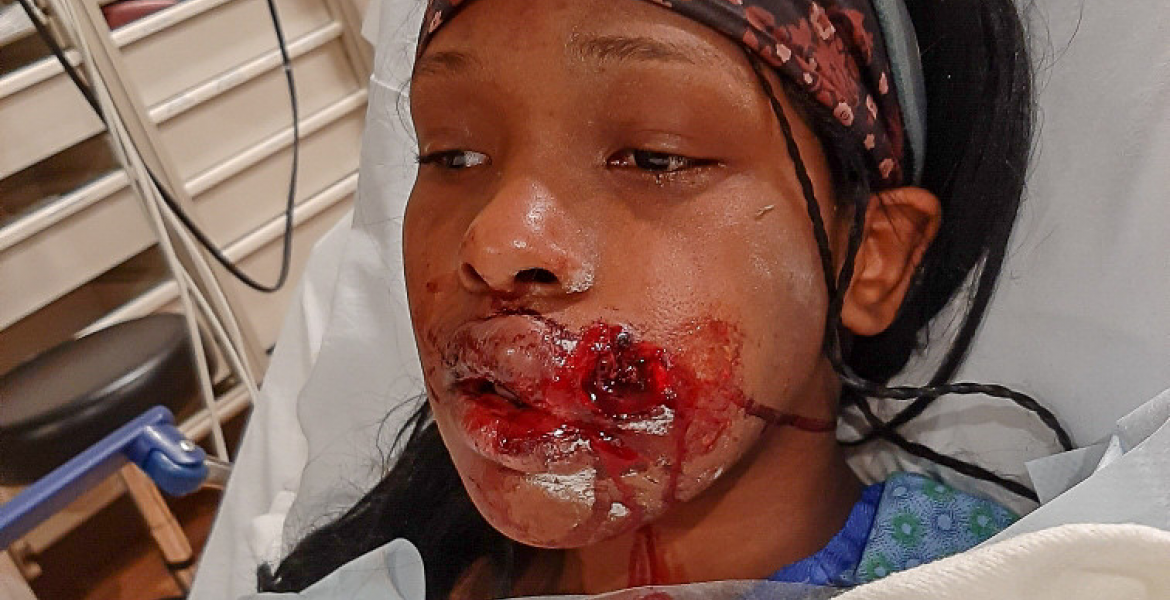 The family of a 17-year-old Kenyan-American girl is appealing for funds from well-wishers to enable the teenager to undergo reconstructive surgery.

The girl, Sharon Morara, sustained injuries after she was allegedly shot by police while taking part in peaceful demonstrations in Minneapolis, Minnesota on May 28th.

Sharon’s mother Rose Oboga told KDRTV that her daughter had accompanied her father to the streets to demand justice for slain African-American man George Floyd when the incident happened. Floyd, 52, died after a policeman attached to Minneapolis Police Department kneeled on his neck for nine minutes, an incident that sparked protests across US cities.

As they marched, police are said to have opened fire at the demonstrators and a bullet hit Sharon’s left side jaw, injuring her badly. She was taken to a hospital in Minnesota where she was treated and discharged the next day.

“I heard a sharp object pierce through my jaw and before I knew what it was, I lost consciousness and came down tumbling,” Sharon said.

The bullet left her with a cavernous wound on the left side of her mouth but, fortunately, it did not hit her teeth.

Kenyans living in the US, as well as Americans, want the incident investigated thoroughly and police officers involved arrested and prosecuted.

Sharon is an 11th-grade student at Hopkins High School in Minnesota. Her parents hail from Bobasi in Kisii County.

The family has set up a GoFundMe account (https://www.gofundme.com/f/21ofa0w16o) to raise money for her surgery.

Oh My! I feel the pain. I am glad she survived. Hopefully, she goes into the history books for standing up for our rights (systemic racism is what we are fighting).

6. A fool's lips walk into a fight, and his or her mouth invites a beating.

I'm not a believer but by your idiotic logic, that middle eastern gentleman who found himself hanging of a cross should have stayed out of it because he walked into a fight with the Romans and certain Jewish leaders. If memory serves, the Pharisees were very keen on being seen to be moral but lacked in justice, mercy and faithfulness to God. Does your pronouncement seem merciful, just or faithful to this God you wish us to believe you follow or is it more in line with the Pharisees? STFU you hypocrite.

Exactly the reason why you stand for nothing and fall for anything.

Because at least 13M dollars were raised in the name of George Floyd, someone contact them for Supplementary financial help.

@ guest one you cannot even give your real name i babtize you "IDIOT"just pray you stay safe for nowhere is safe . nowhere you merciless fool

Does anyone know if she has a gofundme page yet?

Never mind I just reread. I must have missed it before.

very disturbing.such a young girl fighting for the right cause.I Just do not understand how she was discharged the next day with no surgery or anything. Shouldn't the minneapolis city take care of this bill?

It looks like she was stitched up but will require plastic surgery for some facial reconstruction. The story appears to indicate that some surgeons will accept her insurance but with a hefty down payment and others won't hence the need for funds.
http://www.citypages.com/news/gofundmes-started-for-two-teens-police-in…

Mundumugo….please don't come for me lakini I think you misunderstood Guest1. I remember my mother constantly telling me that a coward returned home to his mother! I have lived by that motto for years even, when those Gor Mahia fans used to trash town! I will run my mouth here at Mwakilishi lakini will not show my face where there is potential for an altercation. Hapana ndugu.

Point taken. As as a true Kikuyu I would have been out there selling stones - never waste an opportunity for profit.