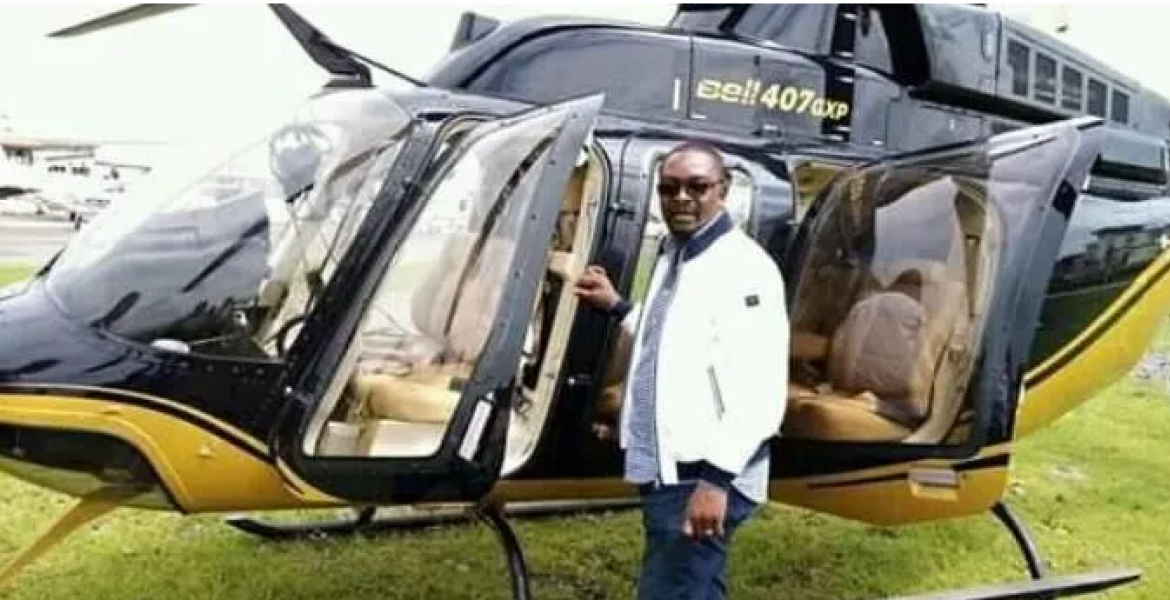 Mboya, the son of former Moi-era Permanent Secretary Hezekiah Oyugi, was arrested by Burundian authorities over drug trafficking allegations. Ishami TV reports that Mboya fled after being taken to Rumonge Hospital for treatment on Friday night.

Police in Burundi say the businessman was rushed to the health facility accompanied by the deputy head of the Murembwe Prison Hospital Adeline Ndayisenga after developing cholera-like symptoms. It is suspected that Mboya’s escape was facilitated by FDD rebels, who have been fighting the Burundian government.

Mboya moved to Burundi in 2019 and set up a pharmaceutical company that was officially launched by then President Pierre Nkurunziza.

He was arrested in April this year after his company was accused of importing and exporting illegal drugs. This followed the arrest of a Turkish national in Bujumbura in March ferrying narcotics. Mboya was apprehended alongside some top government officials in connection with narcotics trade in the landlocked country.

His company is alleged to have been used to ship drugs to Burundi through Somalia in the guise of ferrying medicine to Burundi forces on peacekeeping missions.

Mboya had expressed interest in running for the Rwangwe parliamentary seat in the next year’s elections.

This means ODM has added another military wing,FDD to Al Shabaab.All are all funded by Kenyans through the BBI,Raila party loot,Wanjigi loot,Mboya,Punjan,Joho,Mwau etc drug businesses.

Keep the mo in Burundi jail! He is killing young kids they call hustlers! We don’t want him back in Kenya. That helicopter is registered in the name of DP Ruto! Now you can well understand them druggie hustlers!

Like father like son! Always following the footsteps of a father who did a lot damage during the Moi era!

He should have been shackled up on the bed post. He is a criminal who shouldn’t be running free in the world selling drugs!

Can America track him down with a lethal Drone? He is a danger to the world community just like the Alshabab, etc! His life is worthless. They should have let him die of diarrhea in prison.

The escaped Mboya’s case is a simple fix. He must have been in communication with several people who helped him escape justice; mostly the known drug lords, his family and close circle of criminal friends!

Here is the deal: give all those involved in Mboya’s escape 24 hours to produce him to the authorities. If they fail to produce him, start bombing his houses and those of his helpers! You will see how effective this method will work.

The war on drug trafficking must be fought from all the fronts - here at home, in the neighboring countries and abroad!

And Kenya got a lot of these watoto wa nyoko, plus the new breed of hustler nyoka led by William Ruto.