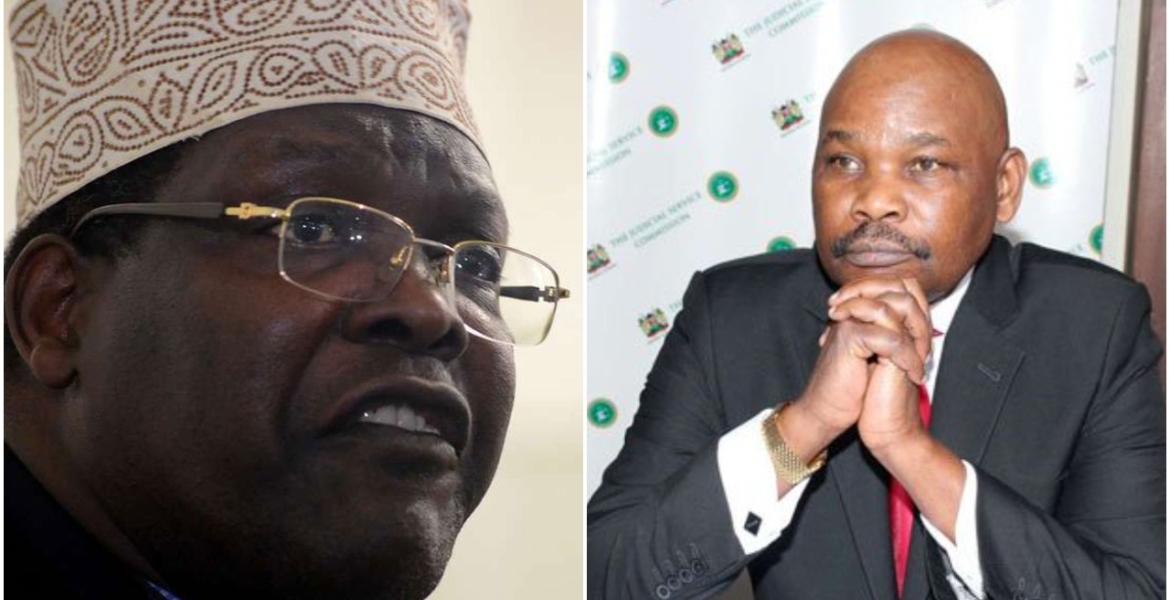 This comes after the two were embroiled in a heated spat on Twitter over the weekend, with Mutua claiming that Miguna was facing rape and sexual coercion charges in Toronto courts.

Mutua, a law professor at the SUNY Buffalo School of Law in New York, alleged that Miguna took advantage of vulnerable refugees and immigrant women—some from Kenya—who sought his legal help to gain residency and asylum in Canada. The multiple rape cases against Miguna, Mutua said, were being revived.

Miguna wants Prof. Mutua to retract his statement, delete the tweets, and issue an apology failure to which he will face legal action for libel.

“Take Notice that legal action shall be commenced against you if you do not forthwith publish a retraction and apology regarding the false allegations you made on Twitter on November 14th, 2021 at about 1.16 pm about me.”

“You are also required to forthwith delete, remove and purge all the tweets you published concerning the aforesaid offending publications about me…” Miguna said through Twitter.

If Mutua is right then Miguna should be shamed and jailed for so many years so that when he comes out of jail he can never hurt anyone's hurt anyone's daughter, sister, mother cause he will be no longer be able to perfomand in Canada he will not be able to bribe . I cannot imagine Mutua does not know one thing or the other .

Miguna Miguna! Are you running from rape legal prosecutions from Canada? Makau doesn’t miss a lot of things!

Miguna does not rape women, he rapes words. "Despot".

These 2 must be brought to jkl live to box each other. Tired of atwoli and other boring guests.

Sue happy idiot! I very time is sue, sue, sue! This clown needs to get a life!