Kenyan Man Killed in a Single-Vehicle Crash in Kansas City 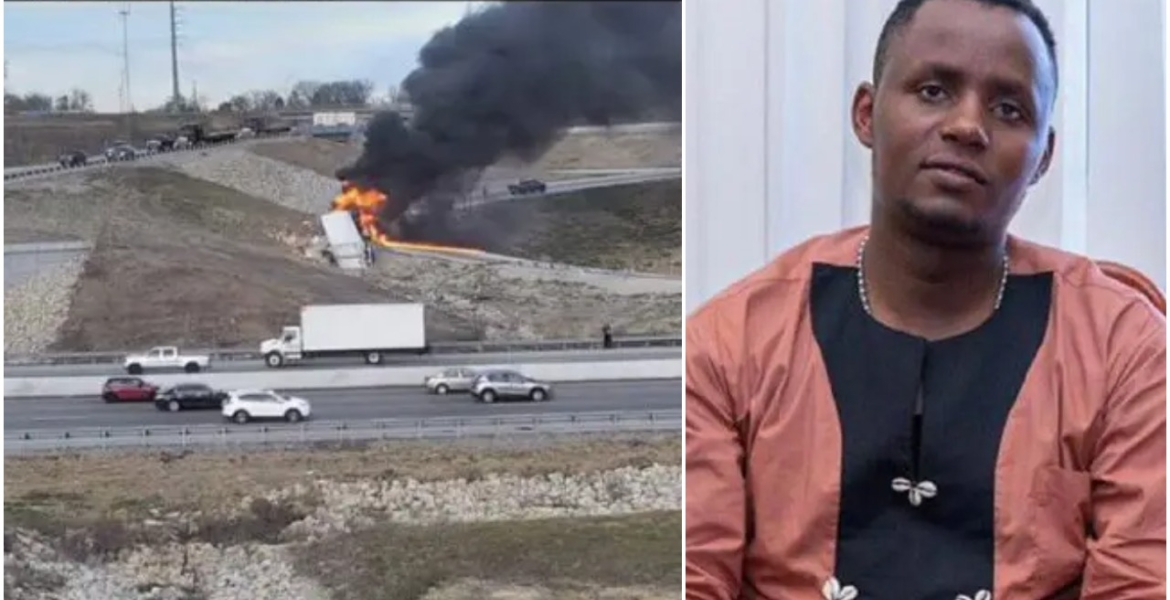 A Kenyan man was killed in a single-vehicle crash in Kansas City, Missouri last week.

Alex Kamau Gitahi was one of the two occupants of a semi-truck that rolled into a ditch and caught fire along a highway in the city on Wednesday afternoon.

The semi-truck veered off the roadway and rolled into a ditch before the cab was completely engulfed in flames, according to a crash report by Kansas City police.

The truck driver and a passenger died on the spot, police said.

Images of the accident scene shared by the Missouri Department of Transportation showed heavy smoke billowing from a burning tractor-trailer.

Firetrucks and other emergency vehicles were called to the scene around 4:00 pm as transportation officials and police urged motorists to avoid the area on Wednesday afternoon.

The ramp where the crash occurred and parts of I-435 southbound to I-70 eastbound were shut down for hours as police investigated the cause of the accident.

Police say the trailer was ferrying containers of epoxy that were not burned in the fire.

Gitahi is the husband of Cholleta Menja of Chandler, Arizona.

Quite unfortunate and sad. Rest in peace Kamau.

So sad condolences to this Young Man's family and friends.

This may be a case of fatigue with Kenyans working double double without proper rests.

Not true. The driver was not even a Kenyan.

Ngombe wewe. This is a death and not time for you to spew your silliness

You are wrong on that one. Please make sure that you know the details of any matter before rushing to comment. Very unfortunate and case sensitive.

I have hope in seeing you again my grt friend Alex , I will never forget you !!

Sad to hear, RIP
CONDOLENCES TO THE FAMILY

We have lost a general who was always ready and willing to stand in the gap, the advocate for the week. RIP brother, we loved you but God loved you more. Your acts of kindness will always be remembered. RIP.