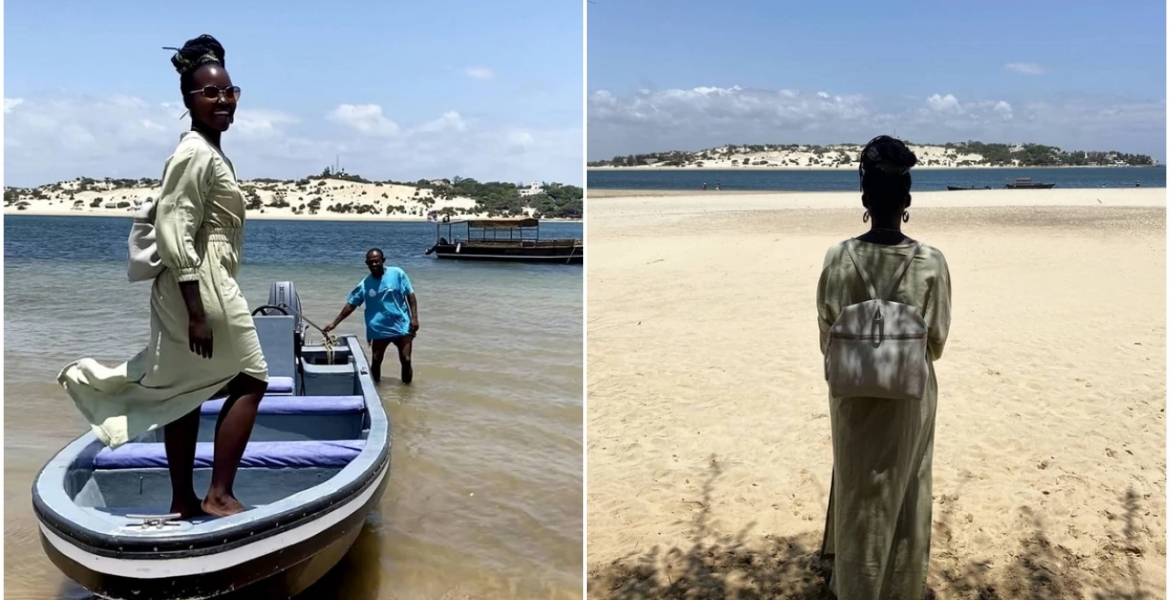 Lupita on Tuesday shared on social media photos of herself boarding a boat on the shores of the Indian Ocean in Lamu Island.

Her visit to Kenya comes weeks after Tourism Cabinet Secretary Najib Balala claimed that his ministry has been trying to get in touch with Lupita for the past five years in vain, a claim the 38-year-old actress disputed.

He was defending the ministry’s decision to appoint British supermodel Naomi Campbell as Magical Kenya’s international tourism ambassador instead of Lupita.

"I know everybody is asking why not Lupita. Lupita has commitments and her managers cannot allow us to access her. We’ve spent the last five years looking for Lupita," Balala said.

Lupita, a daughter of Kisumu Governor Anyang Nyong’o, has lived most of her life in Mexico, where she was born, and the US, where she enjoys a successful career in theatre.

I went on vacation too. I demand an article about my escapade.

@KK: I agree with you. Why is this news? We go to same places these celebrities go. What is the big deal? Can our trips be published to? I like Mwakilishi but sometimes they don't know how to filter news and to be inclusive between the rich and the poor, the beautiful and the ugly.

Wacha wivu Mama.The Mexican Nyako represented all Luos in her Lamu vacation.And remember MWAKILISHI reported all Luos were in Lamu for vacation.Who did you represent in your vacation?

Morris yawa, the Kisumu nile perch is hard to find. Lupita does not like mixing with Kenyans. That's a fact. She was just exposed. She never even mingles with Kenyans in the US. Tushazoea! Not wivu!

Labda ni shangingi tu anayemukana.When she became a celebrity,i was silenced and told off by most Jaluos at home and US for pointing out that she had nothing to do with Kenya(ns) as she was a Mexican.I wish shangingi elaborates why WaJaluo have that kaUNJINGA/kaUPUUZI of taking success of an individual Jaluo to belong to the whole community.Why did 350 Jaluos QUE to be shot by police for their tribe(Raila) to rule Kenya?

Hahaha,all luos are in Lamu for vacation.That explains why that Migingo island in the picture is empty.

Jambazi Nyong should take a freight to Lamu to caress or force his daughter to leave the place lest Omar Lari sweet-talk her to his cubical.

Same here, Lupita is not period. she is boastful and so lives in her Hollywood bubble !

Is that a private or it was cleared for her highness to enjoy her privacy looking at the exotic waters of Africa and then document all that on insta. I saw her insta and yawa without entourage of make up artist and good camera angle and gucci wardrobe, she is so common Kenyan jaluo chic I could pass by her on the street of Kisumu without taking a double take ha ha ha. I'm saying her boastful self with no humility should not even represent Kenya, Mexico needs her more

Why said Lamu will become part of Somalia if they win the case.