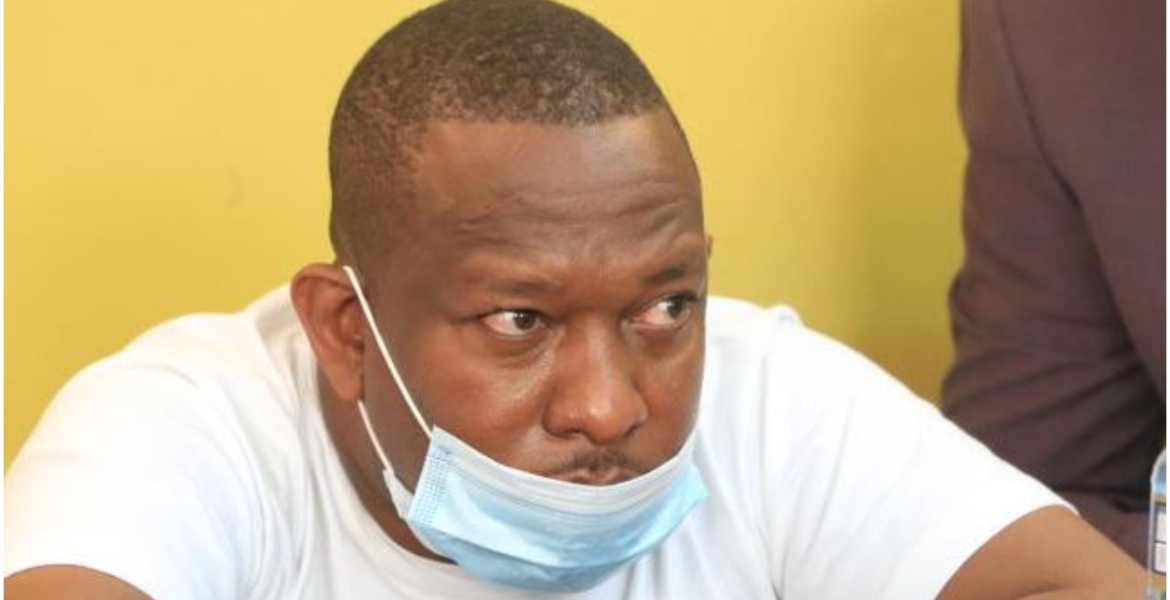 Former Nairobi Governor Mike Sonko and his immediate family members have been banned from traveling to the US over graft allegations.

The ban was announced on Tuesday by Counselor for Public Affairs at the US Embassy in Nairobi Eric Watnik on behalf of the US Secretary of State Antony Blinken.

Watnik said the US had obtained credible information that Sonko was involved in graft, including bribery, irregular awarding of tenders, and undermining the rule of law.

“His corruption has been widely reported in local and international press. With this designation the department reaffirms the need for accountability, transparency and respect for rule of law in Kenya’s democratic institutions, government processes and the actions of the public officials,” said Watnik.

He added: “The department has credible information that the former governor was involved in significant corruption when serving as governor of Nairobi. We determined that he received bribes in kickbacks in exchange for irregular awarding of contracts to his associates for personal gains.”

The official stated that the US will continue to use all tools available to combat corruption and promote respect for human rights globally.

The ban, Watnik said, is based on provisions of Section 7031(c) of the Department of State, Foreign Operations, and Related Programs Appropriations Act 2020.

As a result, Sonko, his wife Primrose Mbuvi, his daughters Agnes Saumu Mbuvi and Salma Wanjiru Mbuvi, and his underage son are ineligible for entry into the US.

Sonko, who was impeached as Nairobi governor in December 2020, is currently fighting three different graft-related cases at the anti-corruption court.

Sonko and Waititu are two earthworms 🪱 that keep coming back to the surface right before they are forgotten.

Lack of schooling is ya fault. Some more corrupt than you didn't get a ban. Bans are good things coz they make Africans focus on building their own paradise.

Ban Murathe and his comrades in KEMSA theft.

🤣🤣is usa heaven or Mecca.Sonko has everything if not more than what this jungus owns.It’s always a laughing matter when u hear u have bin banned from states or uk or France or blablabla??Africa has more than 50 countries which we can send our children to urni or can go to visit!but it seems this jungus still think their countries is heaven or u must go there to buy oxygen to breathe???🤣🤣Idiots

When Amos Wako was bans from going to USA,he mocked the ban,and derisively said that he does not want anything from USA...even though t his kids are there...
I agree with you @ Mkenya Halisi.Sonko has all he needs in Kenya,and should he fall sick,India,or UAE is there to take alook at what would be ailing him.Let him not act like persona non grata world over.If acountry does not want you visiting them,fine dont cry that your rights are being violated.

SERIOUSLY, SONKO BANNED?? NOT BAD.
BUT WHY THE DOUBLE STANDARD.
RUTO WAS THERE LAST WEEK.
UHURU HAS BEEN COMING THERE.
RAILA HAS VISITED.
MOST OF THE SENATORS, GOVERNORS, MPS HAVE VISITED SEVERAL TIMES.
USA NEEDS TO BE REAL AND TELL US WHETHER IT'S CORRUPTION OR DRUGS.

Do you have any legal proof beyond reasonable doubt or just another hearsay social media feed??

Comrade Dan Komen ASU,
Why do you think SAITOTI was murdered?
It's a well known fact that Sonko,Joho, MWAU, some very senior folks in the government, some of KIBAKIS kins are involved in the drugs trade.
Do your research.

I remember not so long ago when he was bragging about his unlimited visa.

All are thugs including Ruto

what about other corruption kingpins? Is banning them going to help Kenyans in any way? They will still continue enjoying and stealing more of Wanjiku's sweat. We,as Kenyans are the only solution to our corrupt leaders, but blindness is our major problem.

Mr. Sonko don't worry just join Ruto camp and you will be safe. Then blame kibicho and Fred Matiang'i