Judge Chitembwe Says $7,000 Seized from His Office was Son's University Fee in Australia 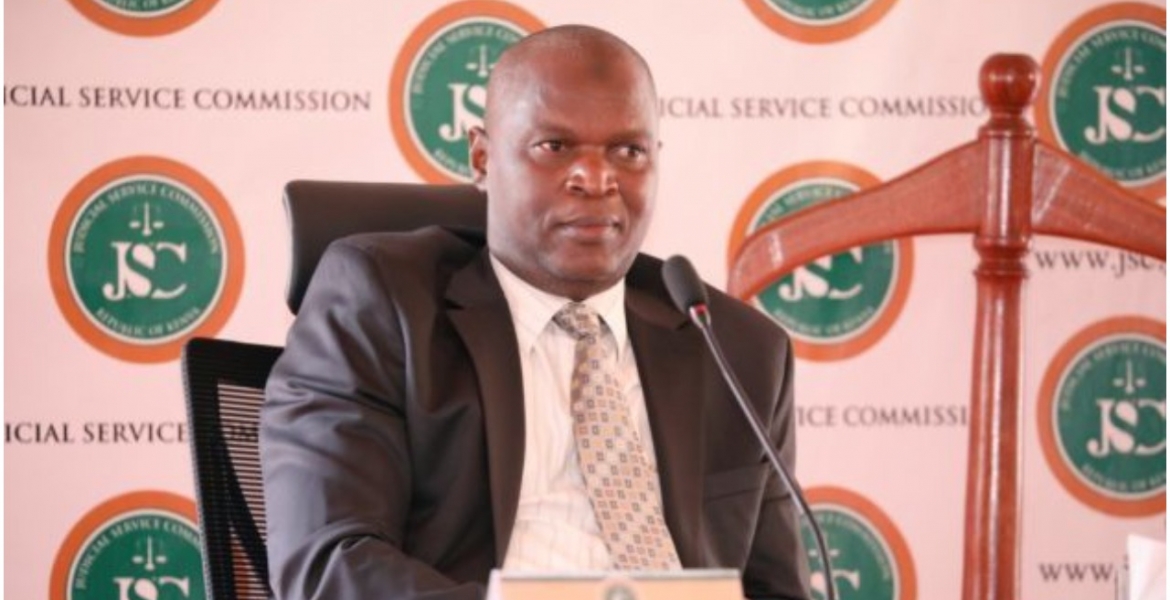 Detectives from the Directorate of Criminal Investigations (DCI) impounded the money after raiding the judge’s office at the Milimani law courts.

DCI said officers raided the offices after receiving a report that some brokers approached select judges and offered them money in a bid to secure favorable judgments.

But in an affidavit, Justice Chitembwe dismissed the allegations, stating that there is no evidence of the alleged brokers. He added that his family operates a dollar account and it is normal for him to carry money in US Dollars.

“That as a family we have kept a dollar account under my wife’s name for over three years and as such it’s not unusual or suspect for me to have US Dollars in my possession as its proposed by the DCI,” he says in the affidavit.

Justice Chitembwe indicated that he handed the money to DCI officers after he saw them searching his colleague Justice Agrey Muchelule to avoid the officers’ misrepresentation.

He insists that the money found in his possession was his and that it was intended for his son’s school fees in an Australian university.

The judge explained that he held the $7,000 since July 20th as he was unable to transfer the funds directly to his son’s University tuition account.

“I was waiting to find time and go to the bank for help and advice on how to transfer the money directly to the university as requested by my son when I was unceremoniously and embarrassed, roughed up and arrested within the court premises for no crime at all,” says the judge.

Chitembwe said he has never been told why he was being investigated, who was the complainant, why his chambers were invaded and searched without a warrant, and why the Judicial Service Commission and Chief Justice were not informed of the purported raid and unlawful search.

The judge claims he was handled in an unruly and undignified manner, and frog marched to the DCI office.

“That I must state that all this time I felt and clearly considered myself under arrest until my release after the recording of the day’s event in the form of a statement, “reads the affidavit

In an affidavit, Chief Inspector Felix Banzi from the DCI said they recovered $50,000 from an unidentified woman in Justice Muchelule’s chambers and $7,000 from Justice Chitembwe.

gods must certainly be really crazy for Chitembwe to come up with such a small lie!

Actually, the judge thinks Kenyans are as stupid as he is! He is reasoning out like a toddler! And I do like your questions because he needs to know Kenyans are thinking!

Do you transfer money in cash to Australia or the money should have been in the bank? Who is he fooling?

Maybe he is fooling his real old mother! I hate when grown ups do this kind of crap!

@Kithoi, as stupid as our learned judge is trying to show he needs to redeem himself by showing us a bank statement. A withdrawal of $7,000.

Judge Chitembwe explains
"You see what had happened was I would, but you see, the way I got my bank account set up, I got a checkings and a savings, but all my money is in my savings, so I gotta switch it to my checkings, but it's gonna take 3 business days... So I don't think a money transfer is gonna go through...to Australia at this time. Yeah, that's it."

A whole judge doesn't know how to do money transfer.

Stop lying that the dci is twisting facts to fix you! Every high profile thief in Kenya claims to be fixed by the dci, your in-lawS, your kids, your other dog, your run away wife, some perceived and imagined political enemies except your thieving DP Ruto, and what have you!

Please accept the money you had in your office was a bribe! Be a man about it and offer a humble apology! Men are subject to make mistakes! You ain’t a damn Angel!

You are a learned fren who made a childish mistake of accepting a bribe, and you should humble yourself and apologize!

Kenya is moving to a higher ground with crimes of passion like the one you are directly involved in.

You are a young law officer and much is expected from you by ordinary Kenyans! Stop your shady excuses and shenanigans!

And yes you do know better than the dumbness you are presenting to Kenyans! Kenyans can read you like an open book learned guy!

This fool is school smart, BUT A STREET RETARD.

A “C” average is good enough to qualify for a judge! This doughy judge may have gotten several “D” grades! Lack of street smarts is worse than getting the “A” grades!

You withdrew $7000 in cash to send to Australia? You then kept it in your office, to return to the bank to wire it? Who is fooling who here?

This is an easy case. Let the judge show the DCI his bank account statement with the withdrawal of the said $7,000 or equivalent in shillings plus a forex bureau or bank receipts for selling him dollars, which are not legal tender in Kenya anyway.
Additionally, he should show his son's school student account statement and explain how he's shipping US dollars to Australia when Australia's currency is the Australian dollar?

Yours @duku is the final answer! We should replace judge Chitembwe with you! He is living a huge lie that is making him look like an idiot!

Even grand mullah has better lies when he caught with a bribe money in form of Somali Miraa.

This Chitembwe ain’t all that sharp after all! He is exposing the ignorance within the judiciary! I hope most of the judges are not this stupid and silly!

The high court judge Chibure looks confused like a Deer in the head light trying to justify a bribe! Why are you lying Sir! Even a 2 year old toddler can tell you; sir you are lying!

You mean you have spent all this time since you were caught and the best you can do is make your self look like a damn ape fool telling stupid lies??? Stop wasting our time with making up silly stories. You took a bribe and then you got caught and now you are so busy telling lies. What’s wrong with you judge Chitembwe!?

Come clean chitembwe and move on like a man; Kenyans are tired of corrupt every body - you, Rigathi, DP Ruto, Wangui ngirichi, Waiguru, Nyoro, kuria, Gitau, Wohome, etc who make little baby lies to cover up their simple mind of corruption. Wake up chitembwe! You are a learned man ridiculing yourself with silly small bribes to get rich quicker than the regular Joe!

Chitembwe how did you know what the dci was searching for in Muchelule’s office to make you hand over your money to the dci so you can claim you are an honest man? The way you are picking holes in your bribery case is what will land you in jail! Stop stepping on your little wee wee by telling obvious lies!

Justice Chitembwe - next time I come to your court for stealing DP Ruto’s eggs for being hungry, please do not send me to jail because I will be in your company of thieves!

Ruto is a thief, you are a thief, and I will be a chicken eggs thief too! My crime will be the smallest of your crime! So I should be set free with just a simple warning; please do not steal eggs again!! AMA!?