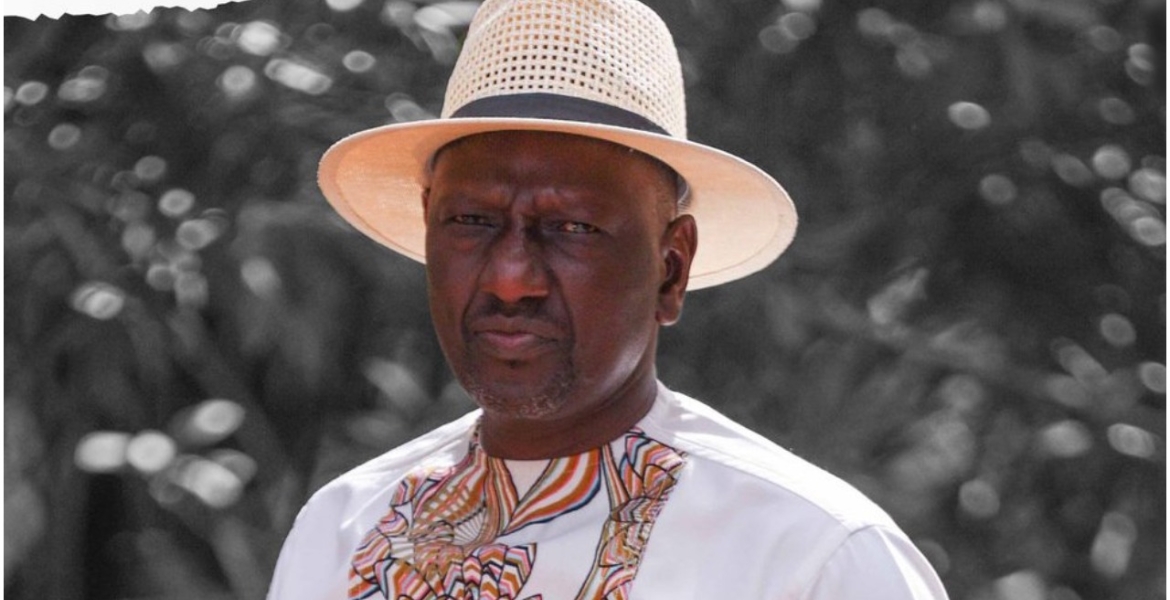 Stewart says he has evidence to prove that the deputy president coordinated and masterminded a witness corruption program that sabotaged the case.

“The evidence establishes that the pattern of witness interference was conducted for the benefit of an in coordination with William Samoei Ruto,” Stewart says.

Ruto is alleged to have colluded with Kenyan lawyer Paul Gicheru, who is set to be tried for crimes against the administration of justice.

Stewart claims lawyer Gicheru willingly helped Ruto to influence witnesses thanks to their previous relationship. It emerged that the two were close friends and were former schoolmates.

The deputy president allegedly used Gicheru to pay witnesses money which could cost up to Sh2 million to recant their evidence.

“He (Gicheru) said that Ruto had requested this second document (a written affidavit from a witness asking to withdraw from a case). Gicheru instructed the witness to write that he had no evidence against Ruto and that he was withdrawing from the ICC proceeding,” Stewart said in a statement, as reported by Nation.

“A couple of days later Gicheru informed the witness that Ruto was pleased when he received the affidavit and had instructed Gicheru to give the witness more money.”

Gicheru’s trial at the ICC will commence on February 15th, 2022, after the Pre-Trial Chamber ruled that there are substantial grounds to believe he committed, as a co-perpetrator or under alternative modes of liability, offenses against the administration of justice.

He is said to have committed the offenses in Kenya between April 2013 and September 10th, 2015. The Chamber said Gicheru and his accomplices were found to have executed a well-orchestrated plan of interfering with witnesses in the Ruto and Sang case, which collapsed after key witnesses withdrew.

The timing & resurgence of interest in this case is wanting!

Will it change the dynamics of 2022 political elections?🤔

There is nothing wanting here! Ruto is as guilty as one may imagine! He influence me and tampered with witnesses to include killing Yebei to hide the evil fence! It is about time that Ruto come clean for the PEV families to get justice!

Only GOD can Clean Ruto the Hateful; but only if to is Willing. I say Ruto is Hateful because to me a Person who Gathers at the Expense of the Poor (like the late Mutesh, yo mention just 1) is Hateful, and even Acursed. Infact Ruto is a DEAD man Walking; he doesn't have Real life, soul or Love in him. He is a Hateful man; and KIKUYUs who's People were Burned down in Kiambaa church (in Eldoret) know that very well.

it's a shame Africa cant handle its own affairs, how many leaders have committed genocide on their own people and ICC does nothing against them? Yet we expect them to solve our problems. We need to fix us not expect others who could care less about us to fix our problems.

Ruto committed more than genocide! He killed Kenyans and over 1500 Kenyans displaced from their homes in the Rift Valley.

Only a fool does not know that fact! Ruto must be prosecuted and jailed from whatever court for justice to be served! It’s about time for closure to be received! Those who lost loved ones must see some justice getting done!

Closure? One known is that immediately after Kibaki stole Railas presidential win, chaos erupted across the country. People killed each other along tribal lines and the same time police killed many more to protect the election theft.
Known that Ruto was not running for president or vice / deputy president. Vested interests were therefore within the two political rivals. Kibaki and Raila.
And every time we talk of people dying in 2007 election, we are only get the Eldoret or Rift Valley casualties. It’s fine in disregard to other human beings who died in Kisumu, Naivasha, Central, Mombasa and many other towns. You mean other tribes count in death and not others?
I remember prayers that were by Kenyans for Uhuru/ Ruto during ICC trials. What changed?

Today it is 14 years since innocent infants,small children and their mothers were killed in the worst genocide ever to be witnessed in Kenya. It is also 14 years ago when other innocent infants, small children and their mothers were burnt alive at the Kiambaa church of God in Eldoret. Yet some ignorant Kenyans, senselessly continue to claim and to demand to be allowed to solve their problems. Why haven't they solved JM Kariuki murder? Why haven't they solved the Robert Ouko murder, How have they not solved the Tom Mboya murder and why have they not solved the mysterious disappearances of Dickson Bogonko Bosire and Albert Muriuki who went missing in 2013?. It is a great shame to lie that they will solve the 2008 genocide and the mysterious murders of more than 500 witnesses, at the time a solution is at the doorstep as effected by the ICC. In 2008 some Kenyans called for the ICC to stop proceedings over the Kenya genocide, with the same falsehoods an action was to be taken in Kenya to prosecute those who were behind the genocide. 14 years later, Kenya has done nothing about it. Do not interfere with the good work that is being carried out by the ICC. If you have just known that DP Ruto has a case at the ICC about interfering with witness, just know that some of us knew about that many years ago, and we have been trying hard to alert Kenyans, who have always rendered deaf ears, instead of putting into meaning our information.

The chicken are coming home to roast, RIGHT?

Justice for the PEV victims has been delayed for the longest time! WSR must be accountable to his involvement in corrupting and tampering with witnesses against him in 2007 Eldoret massacre! Kenyans need to know the truth so that the truth can set Kenyans free!

"Those who do not remember their past, are condemned to repeat it.

All we wanted is kibaki n raila straight to ICC juu they r the ones who wanted to cling power.I remember rao staring clear no raila no peace yet he walked free.Uhuru n Ruto r only sacrificial lambs who were fighting for their own men to win.But as somebody stated sisi nyeusi tuko mbongolala natumenjazwa na makamasi.Bush invaded destroyed IRaq wrongly many women n kids died were they taken to ICC.Obama/Clinton did the same shit to Afagnistan people were they taken to ICC but we the stupid idiots black Africans we cannot deal with our issues alone.We need to quit UN/ICC as Africans until wr free from worshipping the white man.Look Africans Christians in Africa still worships Jesus n Mother Mary/Pope n u think we will ever free ourselves???

Mkenya, you are a piece of work. What is so "bongolala" about kids being killed in a church? I live in an area when many of them were resettled.....the people implicated are facing their day with the ICC since our courts are too corrupt to be impartial.

He deserves to be executed for killing people in CHURCH.