Uhuru: Courts Went Against the Will of Kenyans by Nullifying BBI 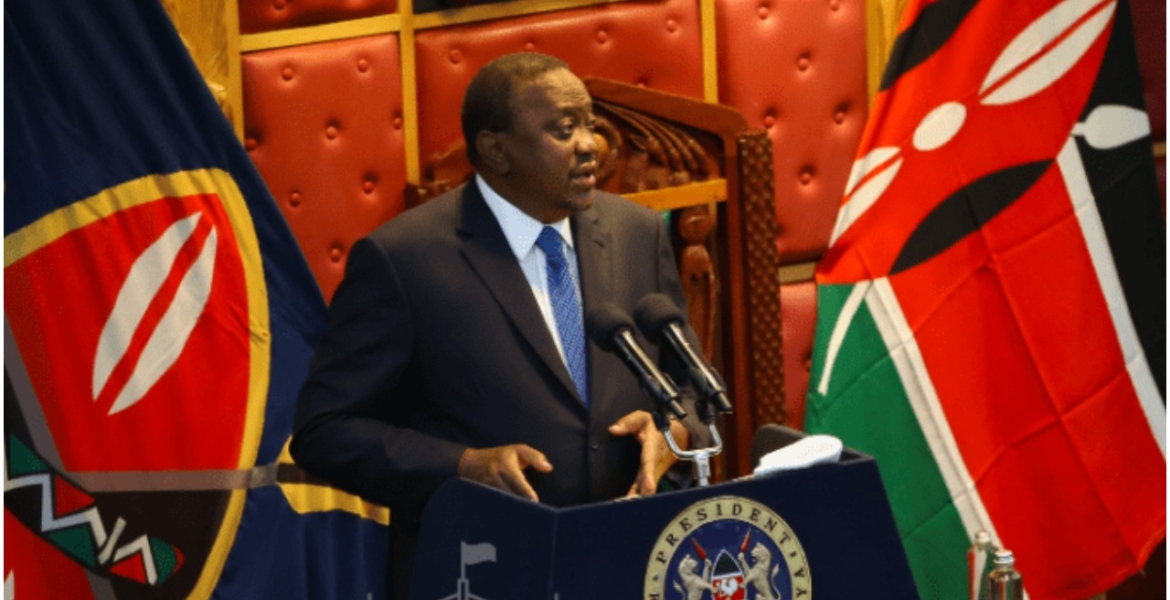 President Kenyatta has once again faulted the courts for nullifying the Building Bridges Initiative (BBI) process that sought to introduce amendments to the 2010 constitution.

By doing so, the president said, the judiciary went against the will of the people and denied Kenyans their right to constitutional change.

“We went to the people and five million Kenyans agreed to initiate the process of putting to the vote the first amendment to the 2010 constitution.”

“The first amendment was, thereafter taken to the County Assemblies, where it received nearly unanimous endorsement. In Parliament, the People’s Elected Representatives gave the first amendment a clear nod of approval by a margin in excess of two-thirds,” Uhuru said.

Kenyatta added that Kenyans exercised their power directly through the IEBC petition for constitutional change, and indirectly through County Assemblies and Parliament “but a few individuals sat down in a backroom and decided otherwise.”

“We wanted a constitutional amendment that was clear and certain. This did not happen. Had this amendment been adopted, counties would have received Sh562 billion instead of the Sh316.5 Billion allocated to them in the 2020/21 Budget,” he noted.

He also says the country lost an opportunity for proportional representation as the amendments would have ensured that 50 percent of all Senators are women.

Uhuru said the amendments also sought to expand the national executive to accommodate a broader face of Kenya and expand representation. This, he said, would have “constitutionalized the end of the winner-takes-all outcome of elections that create so much toxicity and tension.”

Uhuru spoke during his eighth State of the Nation Address in the National Assembly on Tuesday.

Gangster Uhuru talks of increasing debts by shs 246b per year for so-called governors to loot.Then another estimated shs 20b for salaries to additional idle executive,MPs and the said 50 prostitute senators to service their male counterpart’s sexual urge.Why expand the govt instead of downsizing it?HII GHASHIA,Muigai AMALIZE AENDE.

The will of which Kenyans? most Kenyans do not understand the content of BBI, the judiciary were just doing their job without fear or favor. It is time for him to start packing up his term is almost over, then the electorate will decide the way forward as per the constitution

Of course the court have been high jacked by greedy lawyers, judges and politicians! They have gone to bed with Ruto to compromise the integrity of the systems they are elected to guard!

These corrupt members of the society have betrayed the Kenyan people because they think the country belongs to them alone!

Kenyans must demand better treatment and services from the same! We must raise up to defend our country before it goes to the dogs!

Kenya is the dog house.

We need to have the role of the judiciary clearly defined! We can have rouge judges conducting business like kenya is a prostitute country!

We also need to have in writing what politicians can tell the public without lying like mad dogs on heat!

BBI was full of typos.
They should hire competent secretaries not their mistresses.

Who are “WE”?The role of judicially is to interpret the law.Your role is to repay loans looted by Uhuru & Co.gangsters and worship them for pocketing your sweat.

Did those 5Million Kenyans read the BBI document?

If they did they would have seen it was confusing and full of typos.

N we the majority of Kenyans especially the youth will kick out n send yr Raila presidency project straight to bondo next year to retire hopefully he doesn’t create problems n killings as he looses n cries he have bin rigged.

WSR is the one who killed and still got a case at ICC to answer! Open up your eyes! You closed them the day America deported you! Nonsense!

He's out of his mind. Too much smoke and drink. BBI would have caused unimaginable pain. Sgr still takes money out of Kenyan pockets instead of bringing advertised benefits.